The Politics of Islamic Law: An introduction

My new book, The Politics of Islamic Law, presents an approach to the study of religion, comparative politics and law that begins with the contradiction and ambiguity produced by the interplay among sacred texts, institutions of state and society, and actors working with the tools they have at hand. By seeking to understand the development of the category of Islamic law as a “problem-space” for the modern state, the book invites further exploration of how Muslim futures are being framed and discussed, historicizing what David Scott has framed as “the particular questions that seem worth asking and the kinds of answers that seem worth having.” (2004:4) In this exploration the question – ‘whose law?’ – turns out to be as important, if not more important, than the question – ‘which law?’ This generates a new set of questions in the study of the politics of Islamic law: in what domains of Muslim life is Islamic law being raised once again, and by whom? In what domains of Muslim life has Islamic law been made silent? What political compacts and struggles underwrite these claims for presence or absence, and upon what institutional and social foundations do they rely? Over what kind of human subject do they lay claim, and how might this subject speak to the law? To what version of the past do they refer, and to which vision of the future?

The breaking-in of the gods 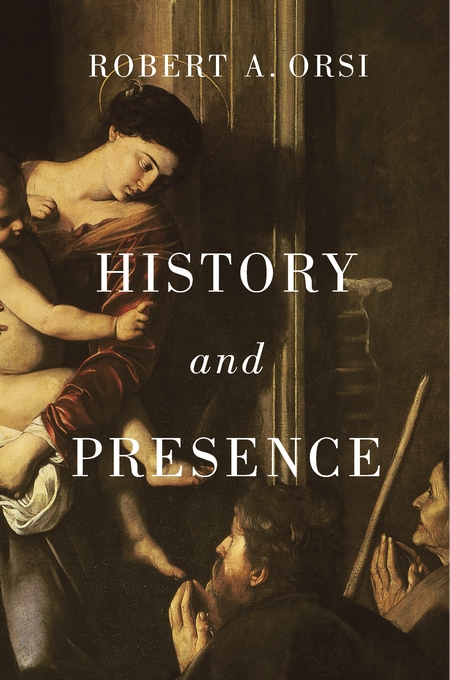 In the early pages of my recently published book, History and Presence (Belknap Harvard 2016), I describe something that happened to me many years ago which became a touchstone for the questions I have asked about religion since. I was traveling in Ireland in 1976 on one leg of a year-long journey around contemporary European Catholic monasteries when I stopped by chance in the town of Knock, County Mayo, to fuel my car. I asked the gas station attendant how it was that Knock boasted such an enormous church and plaza, which I had passed on my way through the town, and its own airport. Do you not know what happened here? he asked me. No, I did not. Are you Catholic? he asked. I am, I said. Not a very good one then, he said. He condescended to explain to me that on August 21, 1879, the Virgin Mary, along with several other holy figures, appeared beside the church wall to a cluster of villagers, and the sacred figures lingered in Knock. “Here,” the gas station attendant ended his story, “the transcendent broke into time.” I remember all this because I wrote it down in a journal at the time, but I would not have forgotten it even if I hadn’t.

I was recently asked to speak about the current state of US religious freedom law. I guess it somehow seemed appropriate to do that in Indiana—at ground zero in the culture wars,…

The United States is unique among nations in claiming a heritage of religious freedom and a mission to spread it overseas.  This is difficult to dispute.  What has become hotly disputed is how this is to be regarded. An “orthodox” view holds that the United States has played a special role—a providential part, as some would have it—in carrying a universal message of religious freedom to the world.  First, American colonies were havens for religious refugees; then the American founding was a milestone for constitutional norms of religious freedom; then, over the subsequent two centuries, the United States became a haven for religious people unwelcome elsewhere: Baptists, Mormons, Mennonites, Muslims, Amish, Catholics, Seventh-Day Adventists, Jews, Jehovah’s Witnesses, and others.

In a recent piece in The New York Times’ column The Stone, philosophers Jay L. Garfield and Bryan W. Van Norden lament the blindness of contemporary philosophy departments towards cultures outside the West. Since such departments promulgate a specifically Euro-American philosophy, they should either identify themselves accordingly or expand to include non-Western materials in their curricula. The argument raises a long-standing but still urgent question in the humanities and social sciences. What is it to expand canons of study when the principles of those canons are themselves specific? This is not, to be sure, how Garfield and Norden see it. The canon of philosophy is rather precisely non-specific and can—indeed must—be expanded without further consideration. That academic philosophy does not do so is not principled but simply prejudicial.

In a The Immanent Frame post on buffered selves, Charles Taylor commented that “The process of disenchantment, involving a change in us, can be seen as a loss of a certain sensibility that is really an impoverishment (as against simply the shedding of irrational feelings).” For Taylor, selves that have been sealed against currents of transcendence flowing through cosmos and community are symptoms of an epochal process of secularization that has rationalized or disenchanted both individuals and whole societies. While not being the only one on offer—Jürgen Habermas and Daniel Dennett provide rival Kantian and naturalist accounts—Taylor’s account of a “disembedding” of the transcendent brought about by a self-alienating religion is probably the dominant philosophical history of a “secular age.” Given that Taylor aligns secularization with “Reform Christianity” and dates it to the 1500s, however, what should we make of the fact that the term was not used to refer to an epochal process of rationalization until the early nineteenth century?

Hobbesian Catholicism on the rise in Poland?

The right-wing Law and Justice Party victory in the 2015 parliamentary and presidential elections has opened a new chapter in the relationship between the Catholic Church and the state in Poland. For the first time after the fall of communism, the governing party is openly instrumentalizing the Church for its own political ends. A central figure in this endeavor is Father Tadeusz Rydzyk—a businessman, priest and founder of the politically charged Radio Maryja station. Rydzyk is supported by a large part of episcopate, although there is a significant number of leaders who fear such entanglements could lead Polish Catholicism into a major spiritual crisis and a loss of respect for the Church.

For God and Globe

In 1937, some of the most prominent and influential Protestant leaders in the United States travelled to Oxford for a global gathering with their coreligionists to address the troubles plaguing the world. In profound moments of collective prayer at this multi-national gathering, Protestants asked themselves out loud: “Have I allowed my Volk heritage, through my own ignorance, pride and self-centeredness, to become ‘a middle wall of partition’ between me and those of other races and cultures?” Those gathered at Oxford’s St. Mary’s Cathedral paused and then asked together, “Have I been truly a brother to my fellow-men irrespective of caste, color, creed and nationality?”