Obama, the Democratic Party, and Islamophobia

The refugee crisis and religion: Beyond physical and conceptual boundaries 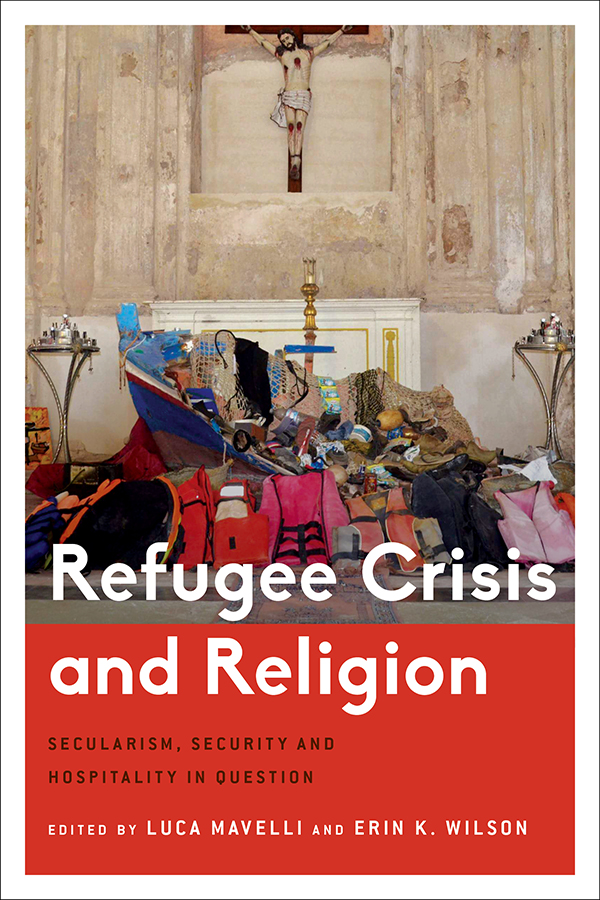 According to the United Nations Refugee Agency (UNHCR), as of the end of 2015, 65.3 million people were displaced globally at a rate of twenty-four persons per minute. This is the largest number on record and is expected to have grown in 2016. Despite the enormity of the situation, responses from Western countries (who host a mere 24 percent of displaced persons in comparison to the 86 percent hosted in countries surrounding conflict zones) have been inadequate, to say the least. Their harsh exclusionary rhetoric has resulted in increasingly hardline immigration policies. Australia has led the way in this regard, deploying a deterrence-driven model of offshore mandatory indefinite detention, which prevents asylum seekers from ever settling in the country, even if found to be “genuine refugees,” and laws that make family reunion almost impossible. Whilst this approach has been condemned by the UNHCR and multiple human rights organizations, it has been highlighted by numerous policymakers in Europe as a possible model for governing migration on the continent. Despite the notable exceptions of Germany and, to a smaller extent, Italy, European responses to the crisis have privileged exclusionary and securitizing policies, leading many commentators to observe that rather than a refugee crisis, this should be more properly described as a crisis of leadership or a crisis of solidarity.

The book focuses on interminority relationships to articulate a narrative of race and racism in the United States that transcends the Black-White binary and also the fallacy of postracialism, which holds that racism, particularly anti-Black racism, is over and that any talk of race is actually counterproductive to the work of antiracism. I identify the ways in which race, and specifically Blackness, is marshaled in the work of antiracism. For Muslim Cool, Blackness is a point of opposition to white supremacy that creates solidarities among differently racial­ized and marginalized groups in order to dismantle overarching racial hierarchies. Yet as the stories in this book illustrate, these solidarities are necessarily entangled in the contradictions inherent in Blackness as something that is both desired and devalued. The engagement with Blackness by young US Muslims, Black and non-Black, is informed by long-standing discourses of anti-Blackness as well as the more current co-optation of Blackness in the narratives of United States multiculturalism and American exceptionalism.

Race, secularism, and the public intellectual

Who counts as a black Christian public intellectual? There are certainly public figures who are not intellectuals, and there are intellectuals whose primary audience is in the academy. Similarly, when adjectives are…

Islamic and Jewish Legal Reasoning: Encountering Our Legal Other is a curious book, in part because it came out of a working group that seemed the least likely vehicle for producing a collection of articles in book form. For five years, sponsored by the University of Toronto and Canada’s Social Science and Humanities Research Council, approximately six Rabbinic law scholars and six Islamic law scholars sat around a table with various legal texts from their respective traditions and talked, discussed, and queried. As a protocol of discussion, we would have the scholar of one tradition introduce the text of the other tradition. In other words, a Rabbinic scholar would introduce the Islamic legal text, and the Islamic law scholar would introduce the Rabbinic text. This process precluded anyone from claiming expertise over what the text “says,” and instead created a space of openness, engagement, and even play. The endeavor was not designed to make us into scholars of our tradition’s Other, but rather to experience (in the most robust sense of that word) the encounter with our legal tradition’s Other.

Underestimating the force of the New Evangelicals in the public sphere

The international turn in intellectual history, which David Armitage announced in 2014, has evolved into a surge of publications on the global, international, and transnational aspects of the history of ideas. The migration of concepts around the world and moments of conceptual conjunction in history have attained growing attention from historians. Although methodological nationalism had never been the only option for writing the history of a specific country or society, it seems that now an international perspective is indispensable for explaining the political, cultural, or economic history of any given country. Historians seek to put their finger on the complex, dynamic moments which generate and reverberate influential ideas around the world. The patterns of relationship between different social, cultural, and political spheres, and the exchanges that lead to the evolution of ideas and concepts across national boundaries, have become increasingly appealing to historians of all creeds. Udi Greenberg’s The Weimar Century: German Émigrés and the Ideological Foundations of the Cold War can be read as a contribution to this growing literature on international intellectual history.

Survey data indicates a growing generational split among evangelicals, with the younger generation supporting a range of left-leaning policies that their parents and grandparents vehemently opposed. These young evangelicals are interested in…