Slavica Jakelić is the Richard P. Baepler Distinguished Professor in the Humanities at the honors college of Valparaiso University. Her scholarly interests and publications center on religion and collective identity, religious and secular humanisms, theories of religion and secularism, theories of modernity, nationalism and populism, and interreligious conflict and dialogue. Jakelić worked at or was a fellow of a number of interdisciplinary institutes in Europe and the United States—the Erasmus Institute for the Culture of Democracy in Croatia, the Institute for the Study of Economic Culture at Boston University, the Institut für die Wissenschaften vom Menschen in Vienna, Austria, the Erasmus Institute at the University of Notre Dame, the Martin Marty Center at the University of Chicago, the Notre Dame Institute for Advanced Study, and the Kroc Institute at the University of Notre Dame's Keough School. She is a Senior Fellow of the national project "Religion & Its Publics," placed at the University of Virginia, where she was a faculty member and codirector at the UVA's Institute for Advanced Studies in Culture for several years. Jakelić is a coeditor of two volumes, The Future of the Study of Religion and Crossing Boundaries: From Syria to Slovakia, a coeditor of The Hedgehog Review’s issue “After Secularization,” and the author of Collectivistic Religions: Religion, Choice, and Identity in Late Modernity. She is currently working on two books, Chastening Religious and Secular Humanisms: Identity, Solidarity, and the Practice of Pluralism, and Ethical Nationalisms. 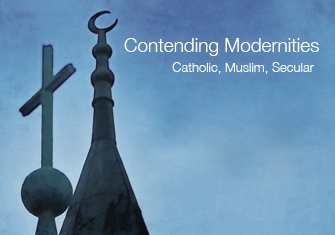 On November 18-19, dozens of scholars, religious leaders, business people, and intellectuals will gather in New York for the public launch…