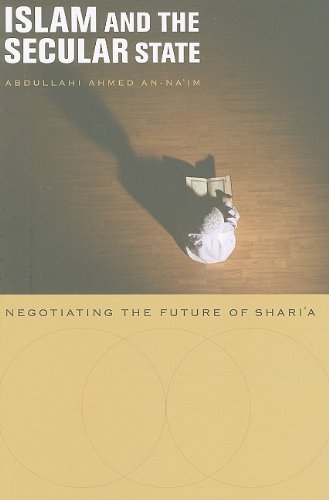 In his new book, Abdullahi an-Na`im argues that Muslims need a secular state to live their religious lives. Alongside his immensely informative account of modern developments, he makes a sustained argument against state enforcement of Islam along two major lines. First, it makes no religious sense for a state to force Muslims to follow God’s will, because Muslims should act from conviction and choice. An-Na`im makes a second argument that is parallel to the first: not only is it futile and religiously counter-productive to enforce Islamic piety, but doing so also distorts and impoverishes religion.

Secularism and the paradoxes of Muslim politics

In his new book, Abdullahi an-Na`im argues that Muslims need a secular state to live their religious lives. Alongside his…

A man with a mission

Abdullahi An-Na'im is a man with a mission. As the expatriate Sudanese law professor told The New Yorker writer George…

An Islamic case for a secular state

If the state is going to enforce any principle from Islamic sources, according to Abdullahi An-Na‘im, then it should implement…

Suggestions that Presidential candidate Barack Obama was a Muslim seemed to have subsided when his controversial pastor, Reverend Jeremiah Wright,…

A secular state must deliver

It is hard to disagree with the main arguments of Abdullahi an-Na'im's impeccable book: a healthy religious life requires a…

Sometimes, context is everything. For much of the twentieth century, at least since the 1920s in Egypt and the 1900s…

Abdullahi Ahmed An-Na'im's expressed goal in Islam and the Secular State: Negotiating the Future of Shari'a is to convince Muslims…

Disentangling Islam and the post-colonial state

The separation---and combination---of religion and state have created almost as many configurations as there are states in the world today.…

What is interesting about An-Na`im's arguments is that they ground the case for the secular state not in the Quran,…