Ahmad Greene-Hayes is a PhD candidate in the Department of Religion at Princeton University in the Religion in America subfield, and an interdisciplinary scholar pursuing graduate certificates from the Department of African American Studies and the Program in Gender and Sexuality Studies. His specialization is nineteenth and twentieth century African American religious history, and his work is principally located in Black South Studies and Black Queer Studies. Ahmad’s dissertation, Gods of the Flesh: Religion, Sexuality, and Circum-Caribbean Migration in Black New Orleans, 1900-1940, is about the African diasporic religious cultures and sexual politics that emerged in New Orleans—a vibrant, American port city—amidst Jim Crow policing and the migration of African Americans, West Indians, and Central Americans to the region in the early twentieth century. 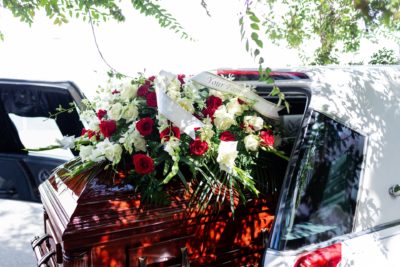 This forum explores the white American ritual of Black death. It also ruminates on how scholars of religion reckon with…

In February 2012, 17-year-old Trayvon Martin was fatally shot by George Zimmerman in Sanford, Florida. Zimmerman was initially released on…