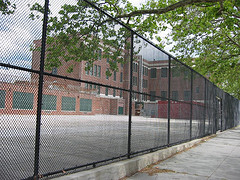 On April 3rd, 2014, The United States Court of Appeals for the Second Circuit upheld (by overturning the judgment of a lower court) the decision of the New York City Board of Education to exclude groups (in this case, churches) from using school facilities outside of school hours “for the purpose of holding religious worship services.” The decision (PDF) follows a long legal battle. It is a defeat for churches that wanted to submit applications to use school buildings for church services and pay the schools accordingly. The decision did not pass unanimously. Judge Pierre N. Leval and Judge Guido Calabresi ruled in favor of the exclusion, and Judge John M. Walker Jr. ruled against it. The majority opinion endorses the following conclusion: “permitting religious worship services in its [the Board’s] schools might give rise to an appearance of endorsement in violation of the Establishment Clause, thus exposing the Board to a substantial risk of liability.”

In his dissenting opinion, Judge Walker states: “In my view, the Board of Education’s policy that disallows ‘religious worship services’ after hours in public schools—limited public fora that are otherwise open to all—violates the Free Exercise Clause because it plainly discriminates against religious belief and cannot be justified by a compelling government interest.” In Walker’s judgment, “This case presents substantial questions involving the contours of both religion clauses and the Free Speech Clause of the First Amendment, the resolution of which are ripe for Supreme Court review.” He cites Epperson v. Arkansas (1968), which states: “First Amendment mandates governmental neutrality between religion and religion, and between religion and nonreligion.” New York Mayor Bill de Blasio, a new hopeful candidate for the left wing of the U.S. Democratic Party, has expressed support for the religious groups and their paid use of the school buildings after fair application. Those churches that cannot afford their own buildings will be affected by this decision.

The recent decision brings a few important sentences to memory from the 1948 “Statement on Church and State.” It was published in the journal Christianity and Crisis. Twenty-seven professors and clergy members signed the statement, including Harry Emerson Fosdick and Reinhold Niebuhr. The signers declared that they favored “the separation of church and state in the sense which we believe to have been intended in the First Amendment. This prohibited the state from giving any church or religious body a favored position, and from controlling the religious institutions of the nation.” They held that “cooperation, entered into freely by the state and church and involving no special privilege to any church and no threat to the religious liberty of any citizen, should be permitted.”

The desire to avoid an “appearance of endorsement” may spring from an idealized conception of society in which public institutions operate from the standpoint of a supposedly objective worldview. This does not reflect the reality of the everyday work of public institutions and political figures, who often give the “appearance of endorsement” by working with religious groups. The old tradition of American church-state policy is not built upon conceptions of an idealized society of worldview neutrality; it is rather concerned with rejecting a specific political order in which the state designates a religion for the country and thus establishes it with formal institutional backing. Free cooperation between religious communities and public institutions was a reality in the eighteenth century, as it is today.

Judge Leval and Calabresi’s decision could be interpreted as encouraging public institutions to free themselves from any “appearance of endorsement” in order to avoid the “substantial risk of liability.” Because of the vacuity of the term “appearance,” this would be a virtually impossible task. It also lacks a solid constitutional basis. Apart from these arguments, the decision has unfortunate practical consequences. At a time when American schools need more financial support and volunteers, the court has sent the wrong signal to the churches and to the members of religious communities who often provide money, time and volunteers to their communities. It diminishes the spirit of cooperation which is essential to American’s diverse civil society. This principle of cooperation was affirmed in the New York City Department of Education’s “Citywide Standards” (PDF) from 2013. There pupils are encouraged to establish “positive relationships,” for this is one of the “fundamental skills for life effectiveness.” Of course, developing positive relationships is not only an aim of pupils and employees of public schools. It is also one of the important tasks of both public and ecclesial institutions. Such a task should not require a compromise in core values or guiding principles. On the contrary, the spirit of cooperation calls for a deepening of the commitments to these foundations and maxims and a rediscovery of their basic constitutions. This is because cooperation is most effective when it is grounded in the specific ethos of the different institutions involved, and when there is an elementary agreement about some general shared goals and a common good.