Victoria Smolkin is associate professor of history and Russian, East European, and Eurasian studies at Wesleyan University. A scholar of Communism, the Cold War, and Russia and the former Soviet Union, her work focuses on religion, atheism, secularism, and ideology. She has appeared on programs for the BBC and the National Public Radio’s Weekend Edition. Her work has been supported by the Woodrow Wilson Center in Washington, DC, the Shelby Cullom Davis Center for Historical Studies at Princeton University, and the Social Science Research Council, among others. Smolkin’s recent book, A Sacred Space Is Never Empty: A History of Soviet Atheism (Princeton University Press, 2018; paperback 2019), explores the meaning of atheism for Soviet religious life, ideology, and politics, and was a finalist for the Wayne S. Vucinich Book Prize for the most important contribution to Russian, Eurasian, and East European studies in any discipline of the humanities or social sciences. A Russian translation is forthcoming in 2020 with New Literary Observer. She is currently at work on two projects: "The Wall of Memory: Life, Death, and the Impossibility of History" and "The Crusade Against Godlessness: Religion, Communism, and the Cold War Order."

A matter of life and death 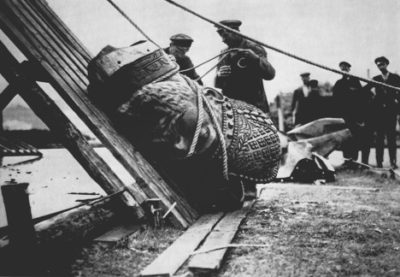 Opening his chapter on “The Faith” of Bolshevism (chapter 3), Yuri Slezkine writes that “The most obvious question about [the]…