Steven M. Vose (he/him) is a visiting assistant professor in the Department of History at the University of Colorado-Denver, where he holds the Bhagwan Suparshvanatha Endowed Professorship in Jain Studies. A scholar of Jainism and other South Asian traditions, his research focuses on the nexus of religion and politics from the late medieval to the present. His first book, Reimagining Jainism in Islamic India: Jain Intellectual Culture in the Delhi Sultanate, forthcoming on Routledge, won the Edward C. Dimock, Jr. Book Prize in the Indian Humanities from the American Institute of Indian Studies.

Hindutva and the shared scripts of the global right 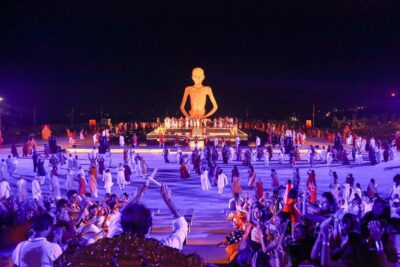 On August 4, 2022, in the run-up to India celebrating its seventy-fifth Independence Day, the Shrimad Rajchandra Mission (SRMD), a…