Cyril Hovorun teaches at Loyola Marymount University in Los Angeles and is an acting director of Huffington Ecumenical Institute at the same university. He was born in Ukraine and worked in the administration of the Moscow Patriarchate. He held fellowships at Yale and Columbia Universities and participated in the activities of the Berkley Center for Religion, Peace and World Affairs at Georgetown University. Among his recent books are Meta-Ecclesiology: Chronicles on Church Awareness (New York: Palgrave Macmillan, 2015) and Scaffolds of the Church: Towards Poststructural Ecclesiology (Eugene, OR: Cascade, 2017). 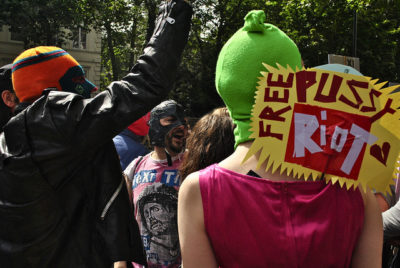 "There were hopes after the collapse of the Soviet Union that this sort of religion would never re-emerge, at least…