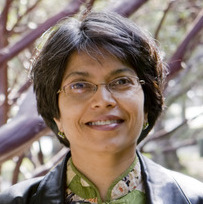 On March 10, 2018, University of California-Berkeley anthropologist Saba Mahmood died from pancreatic cancer at the age of 56. Mahmood, a former member of the editorial board of The Immanent Frame and longtime contributor, was a prominent scholar in the study of secularism, feminist theory, ethics, and the politics of religious freedom. Her first book, Politics of Piety: The Islamic Revival and the Feminist Subject won the Victoria Schuck Award from the American Political Science Association.

Mahmood’s most recent book, Religious Difference in a Secular Age: A Minority Report, was featured in a 2016 book forum on TIF. In her introduction to that discussion, she writes: “My suggestion is not that religious conflict is solely a product of secularism or an inevitable one. But insomuch as secularism is one of the enabling conditions of religious conflict today, it behooves us to understand its paradoxical operations so as to mitigate its discriminatory effects.”

Earlier contributions to TIF include essays in one of our earliest discussions around “Is critique secular?” that came out of a conference at Berkeley and led to a volume with contributions from Mahmood, Asad, Wendy Brown, and Judith Butler. In 2011, Mahmood sat down with then-editor-at-large Nathan Schneider to discuss her work in anthropology, activism, and architecture, describe her research ventures, and comment on current scholarly debates.

Saba Mahmood changed the course of scholarship on religion and secularism. The editors of TIF, the editorial board, and TIF’s many contributors are grateful for her ground-breaking work, and saddened by this tremendous loss to us all as an intellectual community.

Further reflections on the legacy of Mahmood will be published in the coming months. You can read a full obituary from the anthropology department at Berkeley here.