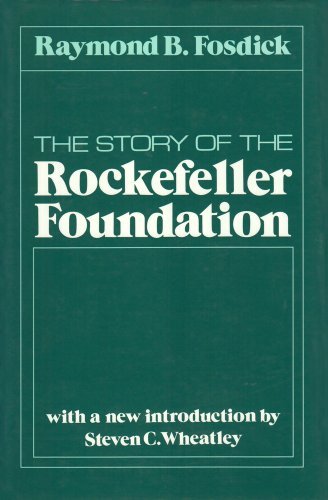 We are gathered in this virtual seminar room to commemorate the tenth anniversary of The Immanent Frame. At a time when hostility and rancor dominate internet discourse about the sacred, we honor a venue known for thoughtful, reflective commentary on religion and public life.

While we have come to celebrate and not to mourn, recent developments remind us that no intellectual forum lasts forever. Today many worry about the “end of the university” and the “decline of American religion.” While such worries are overblown (see Kathryn Lofton’s response to these dual declension stories), they are real in their consequences. At a time when many religion specialists fear the demise of both their profession and its object of study, it is appropriate to ask (cue Peggy Lee and the band), “Is this all there is?”

To answer this question, we must consult another tune from the great American songbook. Made famous by the Andrews Sisters, it was also interpreted by Peggy Lee. Urging listeners to cross over to the “sunny side of the street,” it speaks of being “as rich as Rockefeller.”

Understanding such riches helps us understand the changing place of religion in American higher education and the role of philanthropy in driving such changes.

Without the Rockefeller fortune, there would be no Immanent Frame or Social Science Research Council. Founded in 1923, the SSRC received its initial support from the Laura Spelman Rockefeller Memorial, a fund dedicated to the memory of John D. Rockefeller, Sr.’s late spouse. Though religious research was not a central concern of the early Council, its first full-time staff member went on to write Middletown. Coauthored by Robert and Helen Lynd, it remains a classic in both American studies and the sociology of religion.

Far more focused on the sacred, the Institute for Social and Religious Research reflected John D. Rockefeller, Jr.’s interest in the ecumenism of the Protestant Interchurch Movement. Created in 1921, its first director was the Reverend H. Paul Douglass, the father of congregational studies. Though the Institute folded in 1934, it was the ancestor of the Religious Research Association, which sponsors a lecture in his honor.

Later, in the post-war era, Junior played a key role in sustaining mainline Protestant seminaries and divinity schools, donating $20,000,000 to Protestant theological education in 1955 alone. In the judgment of Krister Stendahl, “It is a fact and no overstatement, when we say that theological education as we know it in the 1950s, 1960s, and of now, is really inconceivable without the massive support that came from John D. Rockefeller, Jr.”

Despite these path-breaking initiatives, the Rockefeller family’s enthusiasm for religious ventures has waned, even as new funders have taken up the slack.

At the outset of the twenty-first century, what do these Rockefeller-funded projects have to teach us about religion in higher education?

First, they teach us that philanthropy matters. Just as Lilly Endowment, the Henry Luce Foundation, the Pew Charitable Trusts, and the John Templeton Foundation have sponsored much of the current wave of religious scholarship, the Rockefeller family helped underwrite an earlier era of research. Equally significant, the Danforth and Hazen foundations bankrolled the revival of religious intellectual life following the Second World War. 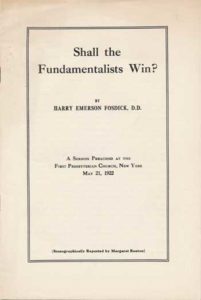 Second, these earlier projects show that religious scholarship is shaped by the hopes and anxieties of its funders. From the University of Chicago Divinity School to the Riverside Church, the Rockefellers fostered the growth of liberal Protestant institutions in the United States. Inspired by a global ecumenical vision, at least some of this philanthropy was rooted in fears of Protestant fundamentalism. Assisted by public relations founder Ivy Lee, John D. Rockefeller, Jr. subsidized the distribution of Harry Emerson Fosdick’s 1922 sermon, “Shall the Fundamentalists Win?” Reflecting the close ties among mainline Protestant elites, Fosdick’s brother Raymond later served as the president of the Rockefeller Foundation.

Similar concerns have shaped more recent support for the academic study of religion. Chronicling the “mainstream Protestant ‘decline,’” many of Lilly’s grantees focused on two questions: “1) Just how bad is it? and 2) How did we get here?” Other foundations worried about the rise of the New Christian Right. Commenting on the MacArthur Foundation’s sponsorship of the Fundamentalism Project, Peter Berger quipped that it “was a matter of knowing one’s enemies,” a fear with deep roots in American culture. Describing a similar sentiment on The Immanent Frame, historian David Hollinger attributed the popularity of American religious history to electoral politics, noting that religion is “harder to ignore if it keeps coming back and hitting you again and again.”

As the story of the Rockefeller Foundation makes clear, philanthropic priorities come and go. So do the research agendas they subsidize. Despite the short attention spans of donors and scholars, the ghosts of previous generations are always with us.

Mixing social science with moral reflection, The Immanent Frame channels an earlier gathering of thinkers interested in religion and public life. Meeting at Harvard University in the 1940s and 1950s, this seminar attracted eminent scholars from multiple disciplines, including sociologist Talcott Parsons, psychologist Gordon Allport, philosopher Horace Kallen, and theologian Paul Tillich. Part of a midcentury revival of religious scholarship, it drew on a new dialogue between faith and knowledge that found expression in both Christian and Jewish contexts. Postwar Harvard helped give birth to the Society for the Scientific Study of Religion. It was also where Robert Bellah absorbed both Parsons’s structural functionalism and Tillich’s existentialism, a synthesis that found expression in his non-reductionist approach to religion and social science.

Six decades later, Bellah gave one of his last interviews to Nathan Schneider of The Immanent Frame. Recalling the promiscuous interdisciplinarity of his youth, the octogenarian said he had “never been one of these boundary-guarding sociologists who thinks that if something isn’t sociology I can ignore it.” This boundary-crossing orientation has also characterized The Immanent Frame.

Bellah died in 2013, the same year as Father Andrew Greeley. Along with the more recent passing of Peter Berger, their deaths marked the end of a remarkable era in the sociology of religion. Making room for religion in the modern world, they came to reject the secularization theories of the 1960s, some sooner than others.

They were not alone. Across the humanities and social sciences, the academy has witnessed a return of religious scholarship. Between 1978 and 2007, the top three sociology journals began to pay more attention to religion. While philosophy has undergone a process of “desecularization,” religious history is now the leading specialization among American historians.

The Immanent Frame was born in this post-secular moment. Featuring luminaries such as Talal Asad, Judith Butler, Jürgen Habermas, Charles Taylor, and Cornel West, it was part of a “tsunami of scholarship” on religion. Named after a concept from Taylor’s A Secular Age (2007), it rode the crest of this new wave.

Though scholarly attention to religion remains at historically high levels, the tsunami has been downgraded to a tropical storm. Following the Great Recession, the number of religion majors declined by 6.8 percent after increasing for two decades. While surveys have documented the rise of the “nones,” a recent book chronicles “the end of white Christian America.”

Ten years after its founding, The Immanent Frame continues to thrive. Other scholarly organizations are not so fortunate. Wheaton College’s Institute for the Study of American Evangelicals folded in 2014. More recently, the University of California shuttered its religion program. Though several of Berkeley’s departments and centers continue to explore the sacred, the religion major has disappeared.

At a time when religious nationalism has provoked a backlash against cultural change, it is possible that new funders will step forward to support the academic study of religion. Though scholarship rooted in fear and anxiety should make us uneasy, such fears are not necessarily unwarranted. At the same time, we must move from fear to understanding, exercising what religion scholar R. Marie Griffith calls critical empathy. Modeled in works such as Arlie Hochschild’s Strangers in Their Own Land and Ruth Braunstein’s Prophets and Patriots, such empathy helps scholars converse with people from markedly different backgrounds, something that is all too rare in a divided country.

As America weathers one of the most challenging moments in its history, we need good scholarship on religion and public life. As The Immanent Frame finishes its tenth year, we can only hope this is not all there is.