Blood: A Critique of Christianity 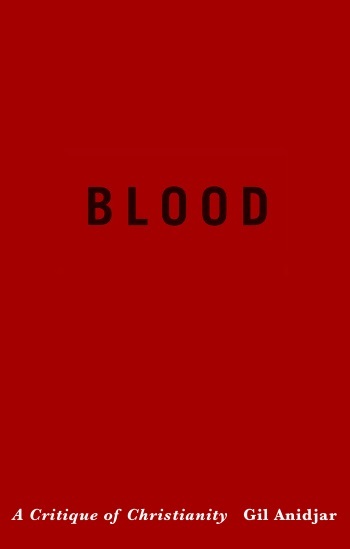 The starting point for Gil Anidjar’s ambitious and daring new book, Blood: A Critique of Christianity, is that modern concepts such as capital, state, and nation have entirely Western-Christian origins. Or as Anidjar—borrowing an analogous line from the German jurist Carl Schmitt—puts it: “All significant concepts of the history of the modern world are liquidated theological concepts. This is so not only because of their historical development but also because of their systematic fluidity, the recognition of which is necessary for a political consideration of these concepts.”

But how can Christianity, asks the curious reader, account for all significant concepts of the history of the modern world, especially in cases where no obvious correlation exists between such concepts and the historical teachings of Christianity?

Without reducing Christianity down to an essence, the answer for Anidjar is clear: Christianity extends beyond its theological and religious dimensions; “[it] ebbs and flows between spheres and across them…[it] circulates through, over, and beyond a number of other spheres, and ultimately as law and culture, from economics to sciences, and beyond.” Christianity, so the argument goes, thus persists as something entirely different than what it calls itself.

Perhaps Christianity’s liquidity best explains Anidjar’s surprising suggestion that nation, state, and capital became “available, sustainable, and readable in their multifarious structure and historical development” by way of Christian blood. Anidjar’s aim, then, is to formulate what he calls a “political hematology” sensitive to the presence—or absence—of blood “through the realms and collectives that have constituted the modern state, from law to society, from economy to class, and from nation to science.” By attending to Christian blood, Anidjar believes he can account not only for the political form of western modernity, but also the emergence of scientific racism, embryology, modern medicine, the one-drop rule, and so forth.

But let us take a step back and ask the simple question: What is Christian blood? In Anidjar’s rendering, Christian blood takes on apophatic proportions: it is not a thing, an idea, a concept, an object, or a subject, and it possesses no identity. Anijdar wisely refuses to offer a precise definition of blood, since this would make his argument for the Christian origins of all significant concepts of modernity seemingly impossible—although blood does sound a lot like an invisible god who created a visible world. It is for this reason that blood becomes for Anidjar the “privileged figure” or “element” by which Christianity could engender new notions of politics, kinship and race.

If Christian blood is as slippery and seemingly undefinable as Anidjar claims, locating its emergence in history would seemingly present challenges. Anidjar, in fact, states that his book does not offer a history of blood. Yet this does not prevent Anidjar from making a historical argument for when and how blood became Christian. The medieval period, suggests Anidjar, marks the advent of an entirely new way of understanding community and kinship—one that bases identity and lineage entirely on bloodlines.

In defending this claim Anidjar first offers a number of engrossing rebuttals to the anticipated argument that blood lineages have either Semitic or ancient origins. Nowhere in the Hebrew Bible, Anidjar maintains, does blood constitute the elementary basis of the communal bond. The Hebrew Bible is, of course, filled with violence and blood sacrifices, and there is an undeniable link between blood and covenant. Yet its basis for kinship, affirms Anidjar, is to be found in the notion of “flesh and bone.” Hence Adam’s statement after the creation of Eve: “this at last is bone of my bones and flesh of my flesh (Genesis 2:23). For Anidjar, flesh and bone do not signify continuity across generations, but rather imply contemporaneous equality (see for example 2 Samuel 19:13; Nehemiah 5:5). Names and memory—not blood—act as the material bases for kinship in the Hebrew Bible.

Things, however, are a bit trickier for Anidjar when it comes to the association of blood and kinship in ancient Greek philosophy and literature. Anidjar readily admits, for instance, that Homer depicted blood as—among myriad other associations and functions—an element constitutive of kinship, especially in the Odyssey. Moreover, Aristotle explicitly invoked blood when stating “the same person is called ‘my son’ by one man and ‘my brother’ by another . . . whether of blood or by affinity of marriage.” Anidjar cites other ancient authors that confirm similar affiliations of blood and kinship in Greek antiquity. Yet instead of seeing any potential connection between Greek views of blood and kinship and “Christian blood,” Anidjar argues that they are categorically different.

In making this move Anidjar sidesteps the Aristotle text he has cited—and other similar ones—by stating that the connection it makes is “beyond simple.” Instead a series of unanswered questions are raised over what such statements could even mean. Anidjar presumably makes this rhetorical move for one reason: He does not think the relationship between blood and kinship in ancient Greece can connect with “any contemporary or near contemporary medical and, more precisely embryological views.” Blood meant a lot of things for the Greeks. But most importantly for Anidjar, its association with kinship did not entail individual or group superiority, even if the Greeks did understand themselves to be collectively superior to barbarians.

But what, then, about the New Testament? The idea of flesh and blood are famously present in Paul the Apostle’s letters. For instance, Paul remarks that Christians are justified by Christ’s blood (Romans 5:9). Yet Anidjar is clear that Pauline references to the blood of Christ are at best a prefiguration of the Christian blood to come. Paul emphatically denied any connection between genealogical standing and salvation: “flesh and blood cannot inherit the kingdom of God, nor does the perishable inherit the imperishable (1 Corinthians 15:50). Hence Anidjar’s conclusion that Paul’s genealogical understanding is rooted in spirit rather than in blood.

Nevertheless, Anidjar does seem to think that something new with blood is happening in the New Testament. After all, did Jesus not command his followers to consume his blood (John 6:53-56)? Moreover, 1 Peter 1:19 associates purity with “the precious blood of the lamb.” Hence Anidjar’s conclusion that such innovations constitute the essential building blocks of a “peculiar history” that will require a few more centuries to “fully coagulate.”

This occurred during the medieval period, when blood becomes, according to Piero Camporesi, “thick with magical significations, mystical claims, pharmacological prodigies, alchemisterical dreams,” where “the torments of Christ, along with the cult of his body and blood” all become a “collective passio.” It is here that Anidjar detects a watershed moment where for the first time biology and soteriology became inseparable.

Anidjar makes two major arguments for this claim. Citing Carolyn Walker Bynum’s Wonder Blood, Anidjar suggests that partaking in the Eucharist had become “a relation of the body and blood of Christ to each other and to his person, and on the other hand, a question of how Christians gain access to the sanguis Christi that saves.” From this vantage point, the Eucharist seems to involve something more than spiritual purification: it also equates the believer’s blood with the blood of Christ.

The implications seem clear enough: Christianity is becoming a biological division between those who do and do not possess the right blood.

Anidjar’s second argument is connected to his claims about the medieval “Eucharist matrix.” With its emergence the idea of the church as a mystical body alters. The body of Christ is now no longer invisible, but embodies the visible members of the Church who are unified by blood. To what degree someone is socially excluded or embraced is determined by the purity and origins of their blood lineage. Such concerns were explicitly implemented into canon law so that the Church could authorize or forbid marriage alliances. It is in this manner, claims Anidjar, that the “nobility could be reinvented as a “social category” grounded in blood as genealogy or lineage, along with others.” This reconceptualization of blood is also on display in the Iberian limpieza de sangre (“cleanliness of blood”) statutes, which distinguishes Old Christians—those without Muslim or Jewish ancestry—from New Christians. Thus the ease by which Anidjar can explain the bio-theological origins of the Spanish Inquisition.

Yet strangely, Anijdar’s argument is devoid of any substantial interaction with how medieval theologians actually viewed blood. Rather there is a great deal of discussion on the medieval politicization of blood and its social, historical setting. Unlike with his analysis of ancient texts, however, Anidjar’s remarks on blood in the medieval period are heavily reliant on secondary works of social, intellectual and cultural history. There is, for instance, no serious engagement with medieval views on the doctrine of transubstantiation. But why would a book that stresses the theological origins of modernity actually spend so little time discussing theology proper in the medieval era? Is it not strange that Thomas Aquinas’s views on transubstantiation are nowhere mentioned in a text that roots modernity in medieval understandings of the Eucharist? Perhaps Anidjar would suggest this line of inquiry misses the point. Such an omission, however, is undoubtedly a curious one.

Anidjar’s main aim is to challenge the position that modern scientific racism, and racism in general have secular origins. But recall, Anidjar wants to claim something much more ambitious, namely that all significant concepts of the modern world emerged out of the “Eucharistic matrix” of medieval political theology. Not only is proving this no easy feat, but it also suggests that a significant portion of Europe and the entire Western Hemisphere are fundamentally Christian; Anidjar excludes the Eastern Orthodox Church from his analysis because the concepts he is interested first emerged in the West.

The argument for such a bold position, which is much more nuanced than can be presented here, seems to be the following: the medieval Eucharist cult established the language of blood ties, which must inform any understanding of political modernity. As put by Anidjar, blood is “the substance, site, and marker of collective identity…that binds us still to the “Middle Ages.” In this reading, the rise of nationalism becomes inseparable from theologico-political context that bases collective identity on blood divisions; the modern state—with its long history of racism—is conceived as a metamorphosis of the medieval body politic; while the circulation of Christ’s blood is linked with the circulation of modern capitalism.

Note, however, that Anidjar has not either reduced Christianity to some essence or to a theological doctrine. Rather he is trying to articulate “real existing Christianity,” which has left an indelible mark on law, culture, science, and economics. In this way Christianity can be stretched and reconfigured to account for a long list of modern notions. Said differently, for Anidjar the “secular age” is a profoundly Christian one.

Blood is bound to provoke heated discussion, perhaps most notably by those critics who deny that Western Christendom is ultimately responsible for the greatest evils of the age, not to mention those who play up the secular origins of modernity. What Blood does represent, at least for this reader, is the revival of an older way of approaching the debate over Christianity and political modernity, something analogous to a Marxist critique of political theology as presented in On the Jewish Question; yet with the caveat that Anidjar believes the young Marx should have been raising the Christian question. At the same time, Anidjar accepts the thesis of Carl Schmitt, which reduces all significant modern concepts of the state to secularized theological notions. How then can blood, as Anidjar describes, ever be overcome? There seems to be only one obvious solution to this problematic: a revolutionary project of de-theologizing the modern world.