Habits of the heart 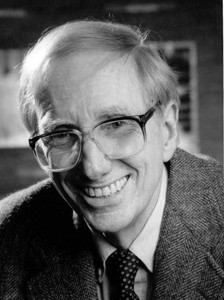 For some scholars in the humanities and social sciences, old age is a period of abiding productivity. Upon reaching his retirement, Robert N. Bellah, the leading sociologist of religion of the last decades and one of the United States’ most influential public intellectuals, trusted this would be the case, so he outlined the project of a global history of religion from its beginnings until the present.

In 2011, Bellah published Religion in Human Evolution, which spans from the rituals of hunters and gatherers to the cults and myths of archaic states to the “axial age.” This concept was advanced by the philosopher Karl Jaspers to capture the widely held assumption that the great religious and philosophical traditions that the world draws on to this day have their roots in innovations that took place around the middle of the first millennium BCE in the Jewish, Greek, Chinese and Indian civilizations.

In Germany the engagement with this epoch-making book has scarcely begun. In these parts, Bellah’s name is primarily known for his theses about “civil religion” from the late 1960s. Through an analysis of the inaugural addresses of U.S. presidents, Bellah was able to show the kinds of conceptions of the sacred that even secular bodies politic make recourse to. Some took Bellah’s work to be a plea for an American national cult, although his intention was quite contrary. He hoped to prophetically call attention to the disconnect between America’s values and its social reality.

After 1970, Bellah, who was a charismatic speaker and a brilliant writer, became a bestselling author advancing diagnoses of the present. He published Habits of the Heart with a group of younger colleagues in 1985, which presented an astute description of the American middle-class mentality torn between utilitarian thinking, the desire for self-realization, republican and biblical values. The book provided empirical scaffolding for a left-of-center “communitarianism” that is immune to German reservations about the rhetoric of community (Gemeinschaftsrhetorik).

Bellah turned into a critic of his own society reluctantly. Born in the South in 1927, raised in Los Angeles, educated at Harvard where he came under the formative influence of commanding scholars like Talcott Parsons and Paul Tillich, and meeting with academic success at a very young age – at first all signs were pointing toward a rapid rise in a purely academic career. However, Bellah’s moral sensibility drove him to consider topics and values on the far side from the academic mainstream: the Native American population and the languages and cultures of East Asia. His dissertation on Japanese religion and modernization, published in 1957, is considered pioneering to this day.

Bellah was briefly involved in a communist organization as a student. During McCarthyism, Harvard demanded that he inform against his comrades if he wanted a position at the university. He refused and went to Canada until the anticommunist sentiment abated somewhat. For decades he then taught sociology and East Asian studies at Berkeley.

Bellah’s global history of religion is not religiously neutral. Its guiding theme is “Nothing is ever lost.” Ritual and myth are not simply over after the development of theoretical rationality and moral universalism. He held on to his Christian faith in a tension between the prophetic and the sacramental. His final book only fulfilled half of his original plan; it did not reach up to the development of Christianity and Islam. The sequel was going to be a big essay on the development of modernity, but it was not going to be yet another work on the “rise of the West.” Rather, it was going to deal with China on equal footing in sociological and cultural terms.

Robert Bellah regarded the risky heart surgery he had decided to undergo as a pesky interruption of his work, not a source of deadly fear. On Tuesday of this week, he died at the age of 86.

This obituary first appeared in German in the Süddeutsche Zeitung on August 3, 2013. Translation by John D. Boy.

Hans Joas is Professor of Sociology at the University of Chicago, where he belongs to the Committee on Social Thought. He is also director of the Max Weber Center for Advanced Cultural and Social Studies in Erfurt, Germany. Among his recent English books are: The Genesis of Values (University of Chicago Press, 2000), Do We Need Religion?: On the Experience of Self-Transcendence (Paradigm Publishers, 2007), and Social Theory (with W. Knoebl, Cambridge University Press, 2008).