The Future of Religious Freedom 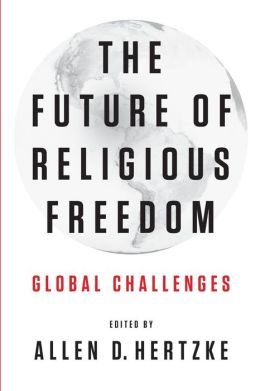 In The Future of Religious Freedom, editor Allen D. Hertzke assembles a diverse team of international scholars to not only determine the current status of religious freedom in the world but also understand the prospects for improvement:

With a thematic focus on the nature of religious markets and statecraft, the book surveys conditions in different regions, from the Muslim arc to Asia to Eastern Europe. It probes dynamics in both established and emerging democracies. It features up-to-date treatments of such pivotal nations as China, Russia, and Turkey, as well as illuminating new threats to conscience and religious autonomy in the United States and in kin countries of the English speaking world. Finally, it demonstrates the vital contribution of religious freedom to inter-religious harmony, thriving societies, and global security, and applies these findings to the momentous issue of advancing freedom and democracy in Islamic cultures.