At The Nation, Norman Birnbaum, professor emeritus at Georgetown University Law Center, rebukes the Catholic Church for its historical “unyielding insistence on the rule of men”; and more specifically, for its decision to reorganize the Leadership Council of Women Religious, an umbrella organization that represents eighty percent of American nuns. For the past four years, the Congregation for the Doctrine of the Faith (“known in simpler and perhaps more honest days as the Inquisition,” as Birnbaum writes) has held the LCWR under review. Last week, the Vatican, via the U.S. Conference of Catholic Bishops,  announced its plans to restructure the Council and charged the nuns with “radical feminism”—i.e. taking positions opposing those of the bishops, vis-à-vis healthcare and contraception. Birnbaum asks, “Is this 2012 or 1517?”

He subsequently broadens the scope of his piece, relates the issue of American nuns to the U.S Conference of Catholic Bishops’ recent reprimand of House Republicans (and Catholics) John Boehner and Paul Ryan, and argues that many Catholics may find fault in the former matter: 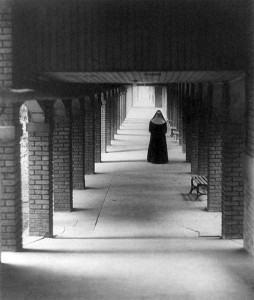 Meanwhile, to make the situation more complex, the US Catholic Bishops Conference has disconcerted two prominent Catholics, Representatives John Boehner and Paul Ryan. The conference has strenuously criticized the Ryan budget as deeply unfair to the poor. That is a reversion, welcomed by many Catholics, to the church’s emphasizing issues of social justice and solidarity—and not just obsessing about abortion, contraception, homosexuality. We can remind ourselves that the church is heir to a deep and pervasive tradition of social teaching that was a major element in the New Deal, the American trade union movement, and much that we are proud of in our recent national history.

One of the unintended consequences of the Vatican’s heavy-handedness could be to reinforce the tendency, already quite strong, of American Catholics to think for themselves. Many are indeed deeply distressed that their church should be associated predominantly with catriarchal repressiveness. At the beginning of this week, I attended a symposium at the Woodstock Theological Center at Georgetown University on religion in the presidential election. Woodstock is a distinguished institution and its events are attended by Catholic men and women deeply embedded in our national political life. It was my impression that many were in favor of returning their church to the concerns voiced in the criticism of the Ryan budget. They are likely to be repelled by the treatment of their nuns. In no case are they going to accept uncritically their bishops’ interpretation of their civic duty.