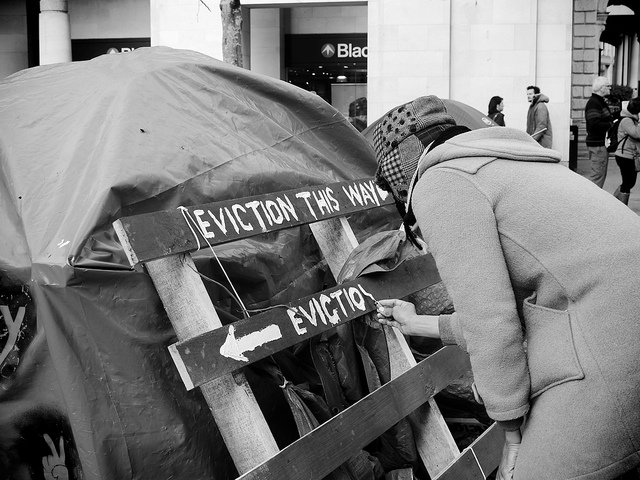 While publicly making vague noises expressing regret that it had all come to this, Church authorities were quietly colluding with the Corporation of London. At the final hour they authorised police to forcibly remove protesters from the cathedral steps; outside the scope of the Corporation’s eviction order. …

If the Church of England wants a place in public life then it has to earn it. It has to be relevant. In matters of social and economic justice its leadership will have to go beyond making nice statements and start using their considerable resources and influence to fight for the most marginalised in society and against corporate greed and spiralling inequality.