This past Thursday, February 16th, Andy Newman reported for the New York Times that Judge Preska of the Federal District Court in Manhattan had issued a 10-day restraining order on the city’s ban of churches worshiping in public schools: 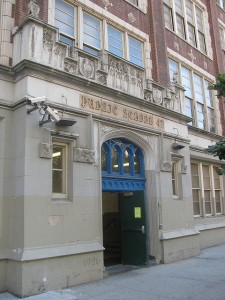 Churches that are fighting to continue to hold worship services in city public schools won a 10-day reprieve on Thursday when a federal judge issued a temporary restraining order against the city’s ban.

The church case appeared dead after the United States Supreme Court refused in December to hear it. But in papers filed this month, the plaintiff in the case, the Bronx Household of Faith, took a different legal tack. And the judge, Loretta A. Preska of Federal District Court in Manhattan, held that because the church had demonstrated “a likelihood of success” on the merits of the new claim, the order was warranted.

Judge Preska, the district court’s chief judge, had ruled in favor of the churches before, only to have her decision overturned by an appellate panel.

The church’s original and unsuccessful claim held that the ban violated its free-speech rights under the First Amendment.

The new papers  argue that the ban violated the amendment’s free exercise clause, which broadly forbids government to interfere in religious activities.