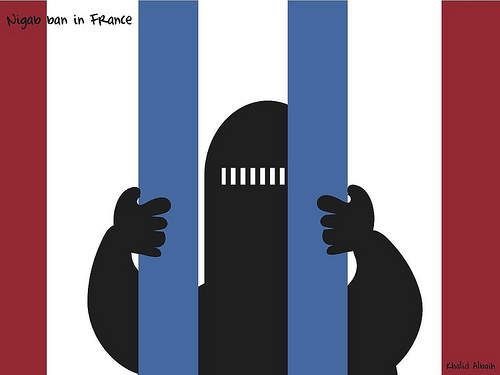 Monika Wohlrab-Sahr confesses that she is not an expert with regard to “the value of normative theory for legal and constitutional concerns, and for political theory.” She rightly thinks that “for empirically grounded comprehension and explanation of societal and political processes, institutions, and practices” the use of normative theory “is limited,” but wrongly attacks normative theorizing as such and also misunderstands my proposal to “replace secularism.” In this brief response, I focus on three issues: first, her criticism of “normative theory” and “value judgments”; second, her crypto-normative remarks on learning from empirical comparisons; and third, her construction of “four types of secularity.” By doing so I hope to clarify the different ways in which norms enter our comparative evaluations and how these are linked with descriptive and explanatory research into the relationships between societies, politics, states, and (organized) religions.

In her opinion “value judgments…are inherently ‘flawed’” for three reasons: because “no ultimate proofs are available”; because “approaching the reality already from a normative perspective limits what we get to see, because we put things into ready-made boxes of discrimination and non-discrimination”; and because they seduce us to compare “practices with principles” rather than “practices with practices.” None of these challenges is convincing. The first reproduces an outdated vision of values vs. facts and of normative vs. empirical disciplines, as if in the (social) sciences “ultimate proofs” resulting in “consensus” were available, as if a “value-free” (social) science were possible—a serious misunderstanding of Weber’s conception of Werturteilsfreiheit. The second is implausible even at first sight because a normative concept of discrimination most of the time is combined with other normative concepts, and these perspectives allow for gradational evaluations instead of either/or. And the third, obviously, would seriously restrict empirical comparisons and evaluation studies in the social sciences, which can and do compare practices with empirically proclaimed or inherent principles. (See below for ‘empirical normativity.’)

Criticizing an outdated, strict separation of facts and values however does not mean that we would have to conflate normative or prescriptive with descriptive and explanatory arguments; quite the contrary. We need to distinguish facts and values in order to analyze the variety of ways in which they impact one another. Such a distinction, for example, is presupposed in my original proposal to replace the principle of secularism “for the purposes of normative thinking—in the realms of political and legal theory, constitutional law, and jurisprudence in particular,” leaving open the issue of whether and, if so, how secularisms or secularities might play a productive role for descriptive and explanatory purposes. Wohlrab-Sahr mistakenly assumes that this proposal was meant also in this regard “to make much of a difference.” Instead, she claims: “what can help us to understand the conditions and to assess the consequences of certain forms of secularism, of state regulations on religion and related social institutions and societal practices, is comparative empirical research rather than the exchange of normative positions (or the substitution of normative concepts).”

Part of any meaningful analysis of social institutions and practices is attention to the values, norms, or principles inherent in all social action and social institutions. As Wohlrab-Sahr writes, “(n)ormativity here comes into play as part of the reality itself.” Indeed, and one usually calls this empirical normativity. The reference to Max Weber, however, is partly misleading because we need to understand not only values, norms, or principles (normative frames and framing) but also cognitive frames and framing.

If we want to “assess” the whole variety of practices and institutions—meant here to ‘evaluate’ in order to be able to learn something—we know from a long tradition of evaluation studies in the social sciences that we have three general options. Firstly, we can evaluate them in isolation from others by analyzing whether they live up to, and if so to what degree, the self-proclaimed or inherent aims of actors or institutions—comparing “practices with principles” without further “evaluating” these aims. If they do not (for example because of unintended, counterproductive consequences analyzed by social science research), then we can consider what could be done to fix this (i.e. we can cognitively learn). Secondly, we can compare practices and institutions (e.g. historically in the same state or synchronically in other states). This includes “comparing practices with practices” but also comparing their respective inherent principles. The standards of evaluation here require some—always contested and difficult—distance from the objects of comparison (in this sense the standards can be called external) as well as a specification of the perspectives of comparison (see literature on comparative institutionalism in social sciences and also in law). Thirdly, we can try to increase this distance from existing empirical normativities by asking and trying to answer questions concerning which norms, values, and principles deserve to be adhered to or changed, and in which regards and which directions. This is traditionally called moral reasoning or moral theory. The radicalism of such context-transcending normative evaluations—comparing existing principles with moral principles that deserve or ought to be followed—varies widely. It ranges from fairly moderate varieties of contextualized moralities—such as those defended by Joe Carens and myself—which claim to be solidly empirically and historically informed, particularly so as to enable ‘realism-checks’—to more radical distancing, and to the extreme of completely de-contextualized moral theories in the tradition of natural-rights, Kantian and neo-Kantian transcendentalism, or quasi-transcendental formal pragmatics à la Habermas. In this regard, Tariq Modood’s Oakeshottian conservatism is a variety of strong contextualism and remains thoroughly grounded in the specific, particularist national British tradition, but, through the export of his ‘moderate secularism,’ also shows some expansive tendencies. Bhargava and I, on the other hand, defend varieties of moderate and contextualized universalism.

In my view, scholarship includes not only cognitive but also normative learning, and the latter requires normative evaluation. Any comparative evaluation, including the one intended by Wohlrab-Sahr, is clearly more than an “empirical enterprise” and calling it such can only serve to hide the normative evaluations from view (this is what philosophers call crypto-normativism). So, when we want to ‘learn’ something from comparisons of institutions and practices we have to do much more than she explicitly seems to allow.

Finally, let’s turn to comparative empirical research of “state regulations on religion and related social institutions and societal practices” or, in my terms, of governance of religious diversity. As I indicated in the Utrecht Law Review by referring to Casanova, contextualizing secularities or “secularisms in the social sciences is a rapidly expanding research program to describe, compare, and explain the historical emergence and structural conditions of different cognitive and normative uses of ‘secularism,’ particularly in political projects.” First of all, one might question whether it is such a good idea to frame the whole research area of governance of religious diversity through the “lens of … multiple secularities” because one would still have to explain what ‘secularity’ means across all different types or models and, in my view, also in this regard disaggregating ‘secularism’ or ‘secularity’ might be quite helpful (see table on p. 14). Second, I doubt very much whether the construction of the four ideal types of secularity will prove to be useful in comparative research and theorizing. In an article on the perils of modeling I’ve tried to show that designing models at the state level runs into serious troubles, however one wants to do it, even if one allows for changes and critical junctures. The classification of the Netherlands as a state in which “a focus on group balance [was] accompanied by an early debate on tolerance and by practices of non-interference” is as common as it is misleading. Equally so are the indicated shifts, which ignore inconsistencies in so-called national models of governance as well as discourses, local and sectoral differentiation, and hugely diverging, asynchronic, and multidirectional changes in specific practices, to name only a few reasons why we should, in my view, prefer largely disaggregated comparisons of specific practices (over time, in different territorial units such as countries). The latter approach would also allow not only to show that Germany performs poorly with regard to recognizing and financing Muslim schools compared to the Netherlands but also that the condition of being recognized as a Körperschaft öffentlichen Rechts is a serious impediment for accommodating claims of ‘new,’ ‘strange,’ and ‘small’ religious minorities more generally.