Beyond secularisms of all sorts 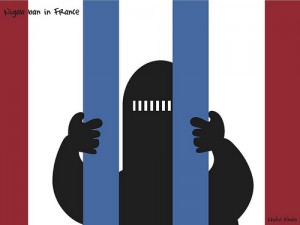 Is there a crisis of secularism in Western Europe? Is Tariq Modood’s “moderate secularism” the solution, or should we go “beyond moderate secularism” and embrace the “alternative conception of secularism,” that of “principled distance,” proposed by Rajeev Bhargava? In this piece I hope to show that, for the purposes of normative thinking—in the realms of political and legal theory, constitutional law, and jurisprudence in particular—we had better drop the language of secularism altogether and reframe the contested issues in terms of the language of liberal-democratic constitutionalism and its respective principles, rights, and institutional arrangements.

For a start, when talking about secularism we need, indeed, to make “distinctions”: (i) Does secularism rely on the secularization of societies? Of states? Of cultures? (ii) Do we intend to refer to actual practices and institutions, or to existing norms? If we address only norms, as Bhargava does, we should distinguish between (iii) the “norms embedded in the informal politics of states (and non-state actors),” (iv) the “norms embedded in formal, institutional politics and articulated … in laws enacted by legislatures, executive decisions, judicial pronouncements, and constitutional articles,” and (v) the “normative ideals … expressed in doctrines, ideologies, and political theories.”

Empirically, secularization, in all its different meanings (decline, subjectivization, individualization, privatization of religion), is always a matter of degree, and political theorists should carefully avoid advancing the impression that fully secularized societies and cultures exist; they don’t exist in the “affluent Western countries,” particularly those in Western Europe, nor in “north-western Protestant Europe,” nor in the rest of the world, including the US. Furthermore, a fully secularized state, in the sense of a state in which there is a complete or strict separation of state from organized religion, does not exist—not in the US nor in France, let alone in the rest of the states with liberal-democratic constitutions. If we talk about “secular states” (as Modood and Bhargava do) we should specify what we mean by secularity (e.g. the “two autonomies” of the protection of the state from religions and religions from the state). More importantly, we should try to avoid sweeping generalizations (e.g. the famous comparisons between Europe or Western Europe and the US), and we should carefully avoid conflating the construction of country-specific models of secularism—meaning most often the legally institutionalized relationship between the state and organized religions (churches)—so as to adequately represent the actual muddy state of affairs: states are internally differentiated (trias politica) and, similarly, administrations (different departments) do quite diverse, often contradictory things.

All existing, institutionalized relations between states and (organized) religions are under pressure by increasing religious diversity, particularly by the different varieties of Islam (the old and new “other” of Christianity). In this regard there is broad and important agreement between Modood, Bhargava, and myself:

My main disagreements with Modood are:

So I agree with the main points of Bhargava’s critique of moderate secularism. It can, of course, be doubted whether Europe lacks the “conceptual resources” to deal with deep diversity, but it is quite clear that none of the existing institutional arrangements, given all their diversity, are adequate or convincing, let alone perfect, and some are not even minimally satisfying. The “selective cooperation” countries suffer from institutional rigidity, from Christian bias, from institutionalized exclusion or serious discrimination of old and new non-majority religions. Examples of the so-called strict separation models, such as France or Turkey, suffer de facto from the same flaws and, in addition, violate individual religious freedoms and meaningful collective or associational autonomy of religions. Is then the “non-establishment” model of the U.S. that is not based on “secularist hostility” the viable alternative? Even if one takes into account that the U.S. does not live up to “strict separation” or the famous “wall of separation,” the model itself also suffers from three significant limitations: (1) the absence of meaningful exit options that are guaranteed by a minimally decent welfare system; (2) interest representation restricted to informal ways of influencing governments (networking and lobbying) that privilege big, old, and politically and culturally established (commonly Protestant) religions because they have access to huge power resources; and (3) the rigid public/private split, well known from the treatment of political parties, which also has counter-productive consequences when it comes to all kinds of welfare, social services, and experiments in education.

Does then the “Indian model of secularism”provide a way out of the pitfalls of the “two mainstream western secularisms” if the inter-communal practices are taken in their “best moments” and if “the country’s constitution” is “appropriately interpreted”? According to Bhargava’s interpretation, the Indian model is “inextricably tied to deep religious diversity”; it has a “commitment to multiple values such as liberty and equality … peace and toleration”; it accepts “community-specific rights”; “it does not erect a wall of separation”; “it is not entirely averse to the public character of religions” (public recognition without establishment); “we do not have to choose between active hostility and passive indifference towards religion” or “disrespectful hostility” and “respectful indifference”; it does not exclusively fix commitments “to individual or community values” and does not mark “rigid boundaries between the public and private.” As a “contextual secularism,” it allows and asks for a balance between “different, ambiguously but equally important values” by democratic politics or by constitutional courts.

Apart from the fact that these characteristics often conflict with each other and may work counter-productively in practice, Indian secularism is, nonetheless, in my view intrinsically linked to rules and practices of militant democracy such as constitutional exclusion and bans on religious political parties and secularist restrictions of political speech that are deeply at odds with important freedoms of political communication, the core of any non-paternalist democracy. I agree with Bhargava that we should not present “Indian secularism” as an idealized model or a “blue print” but we should also stop comparing aggregated, existing, but idealized institutional models. Keeping distance from “moderate secularism” as well as from American or Indian secularism, we may be able to develop new and better institutional arrangements, such as “associational governance,” and learn from practices of reasonable accommodation wherever we find them (“democratic experimentalism”).

When we, eventually, discuss “normative ideals”—rights, first-order principles and second-order principles—we will not be helped but instead deeply troubled by the language of secularism. Yet, recently, the heated debates on secularism in the social sciences, politics, political theory, and political philosophy have also infected legal theory, constitutional law, and comparative constitutionalism (see Bader 2010). Generally speaking it may indeed be “too late to ban the word ‘secular’” or to remove “secularism” from our cultural vocabulary. The argument however that “too many controversies have already been stated in these terms” seems unconvincing to me. For the purposes of normative theory, I have proposed to replace all normative concepts of secularism by “priority for liberal-democracy” because I am convinced that we are better able to economize our moral disagreements or to resolve the substantive constitutional, legal, jurisprudential, and institutional issues and controversies by avoiding to restate them in terms of “secularism” or “alternative secularisms.”

With regard to the constitutional status of secularism, we can discern three distinct positions, all sharing the argument that “secularism … in most liberal democracies … is not explicitly recognized in the constitutional text or jurisprudence” and that it has “no clear standing among constitutional values” either: it is “not clear which established constitutional category secularism fits into or what is the underlying value behind it.”

The third, rather radical position is to criticize secularism in all its varieties as a viable constitutional principle or, in other words, to drop secularism from our constitutional language and replace it with liberal-democratic constitutionalism (LDC) for the following five reasons.

First, secularism is not only, obviously, a very complex, polysemic, and essentially contested concept but also a fuzzy, chameleonic, highly misleading, or cacophonous concept. If we are able to discuss the substantive issues of state-religion relations with less fuzzy concepts we should do so instead of translating all and everything into the language of secularism. If “secularism” is used in constitutions or by constitutional courts and lawyers, we can discern at least twelve different meanings, some of them clearly incompatible with liberal-democratic constitutionalism. A disaggregated taxonomy allows us to understand what we mean when we disagree in our normative evaluations and judgments and to economize our moral and legal disagreements.

Third, the really important substantive issue is not whether states and politics are “modern” or “secular,” whatever that may mean, but rather whether they are liberal-democratic or, in other words, live up to the demands of minimal, minimal-liberal, and minimal-democratic morality and what this requires in terms of constitutional and institutional arrangements and politics/policies. In the fashionable language of systems theory: from the perspective of constitutionalism the important lead distinction (Leitdifferenz) is not secular versus religious but liberal versus non-liberal and democratic versus non-democratic. This allows analyzing incompatibilities between both “secular” regimes (such as the Nazi regime, the Soviet Union, kleptocratic dictatorships in the Arab world) and “religious” regimes (such as Iran), with liberal and/or democratic ones. In the context of the recent revolutions against secularist dictatorships and the constitution-making in Tunisia, Egypt, and Libya, the use of “secularism” is particularly counter-productive.

Fourth, the principle of constitutional secularism even conceptually eliminates deep and serious tensions between secularism and LDC (e.g. in Turkey and in India).

Fifth, constitutional secularism tends to hide from view structural tensions between liberal constitutionalism (Rechtsstaat, rule of law) and democratic constitutionalism and it undermines reasonable balances amongst the two in general, particularly in cases of militant democracies such as Turkey and India. It also does not help to find reasonable, contextual balances in the many conflicts of rights and hard cases (also acknowledged by Bhargava) that are part and parcel of constitutional jurisprudence in any liberal-democratic state.

In conclusion, replacing “secularism” with LDC should not be misunderstood as a replacement of one ideology (“secularism”) with another equally cacophonous or ambiguous one (“liberalism”). LDC is not a foundational ideology or philosophy but a meta-constitutional and meta-legal theory explaining the constitutional essentials or the core of the various and differing articulations of rights and principles in liberal-democratic international or regional conventions and in state constitutions. It is compatible with many competing theories of the rule of law and of democracy, but does not depend on any of them (including “political liberalism”).