Contrasting progress on democracy in Tunisia and Egypt 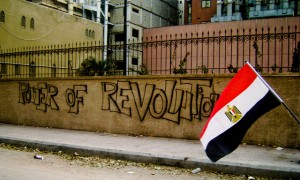 The first reality to appreciate is that, despite worries about the incompatibility of Islam and democracy, over 500 million Muslims live in Muslim majority countries that are commonly classified as democracies: Indonesia, Turkey, Bangladesh, Senegal, Mali and Albania. But, for almost forty years, not a single Arab majority country has been classified as a democracy. Thus, if Arab-majority Egypt and Tunisia become democracies, it would thus be of immense importance for the Arab world and, indeed, for world affairs.

I believe Tunisia’s chances of becoming a democracy before the year ends are surprisingly good. This is for six, largely political, reasons. Most importantly, the military is not complicating the transition to democracy.  Tunisia not only has a small military of only about 36,000 men, but since independence, in 1956, the country has been led by two party-based non-democratic leaders who strove to keep the military out of politics.

Also, the current civilian-led interim government engages in at least some interactive negotiations about the new democratic rules of the game with virtually all the major new actors who generated the revolution and who will contest the elections.

Tunisia’s interim government has announced that elections for a Constituent Assembly will be held on July 24, 2011, and, crucially, that as soon as the votes are counted, it will step down.

The newly elected Constituent Assembly will, as in the classic democratic transitions of Spain and India, immediately have the responsibility of forming the government.

The Constituent Assembly will be free to choose a presidential, semi-presidential, or a parliamentary system. A consensus is emerging among political leaders to choose the same system for which the ten post-communist countries that have been admitted to the European Union opted, parliamentarianism.

Finally, Rachid al-Ghannouchi, who leads the largest Muslim-inspired political party, Al Nahda, went out of his way to tell me that he has signed an agreement with some secular parties that he will not try to change Tunisia’s women-friendly family code, the best in the Arab world. In the new democratic environment, while many party leaders do not fully trust Ghannouchi, they think the political costs to Al Nahda of trying to impose an Islamic state would be too great to risk. They also increasingly think the most democratically effective policy of secular parties toward Al Nahda is accommodation, not exclusion.

Democratization in Egypt in the long term is probable, but it does not share the especially favorable conditions that we find in Tunisia. One of the biggest differences between the two countries is that every president of Egypt since 1952 has been a military officer. Post-Mubarak, the interim government, the Supreme Council of the Armed Forces (SCAF) is led by eighteen generals.

These generals unilaterally issue statements about what they see as the rules of the game for future elections. Key civil and political society actors repeatedly told me that they had little access to, and almost no politically serious interactive negotiations with, SCAF. The recent clashes on Tahrir Square, on April 9-10, 2011, which lead to the deaths of two protesters, were the most serious to date between the young activists and the Army. The distance between the Army and young democratic activists grew further on April 11, when the first blogger since the fall of Mubarak was sentenced to prison by a military court for criticizing the military.

In SCAF’s March 30, 2011, Constitutional Declaration it became absolutely clear that, unlike Tunisia, the parliament to be elected in September 2011 will not form a government. Articles 56 and 61 stipulate that SCAF will retain a broad range of executive powers until a president is elected.   Instead of the Parliament itself acting as the sovereign body to write a constitution, Article 60 mandates that the parliament is to “elect a 100-member constituent assembly.” The big questions now are how many non-elected outside experts will in fact be in this “constituent assembly,” and how they will actually arrive there.

What is U.S. policy toward Egypt at this crucial time?  The U.S. government of course supports the long-term goal of democracy. But the priorities it tends to stress are maintaining good relations with the army, which currently receives 1.3 of the 1.5 billion dollars of U.S. aid; working with the military to maintain the status quo, especially the treaty between Egypt and Israel; and, finally, avoiding a hijacking of the revolution by fundamentalists. I see such a hijacking as improbable given the growing diversification of Muslim identities in the new context of political freedoms,  secular parties’ efforts to keep the Muslim Brotherhood inside electoral politics, and the profiles of the three leading candidates in the eventual presidential elections, none of whom want the Egyptian Revolution to be captured.

Are the defensive goals of the U.S. up to the opportunities of this historic moment?  For new approaches toward an Israeli- Palestinian peace, like the Israeli Peace Initiative proposed two weeks ago by former heads of the Israeli Defense Force, Mossad, and Shin Bet? For working with the European Union to help Egypt and Tunisia improve their economies and consolidate democracy the way the U.S. did for Europe after WWII, or as the Europeans did for post-communist countries after the fall of the wall?  I am convinced that we can, and should, do better.

Alfred Stepan is Wallace Sayre Professor of Government at Columbia University and the author, with Juan J. Linz and Yogendra Yadav, of Democracy in Multinational Societies: India and Other Polities (Baltimore: Johns Hopkins University Press, 2010).