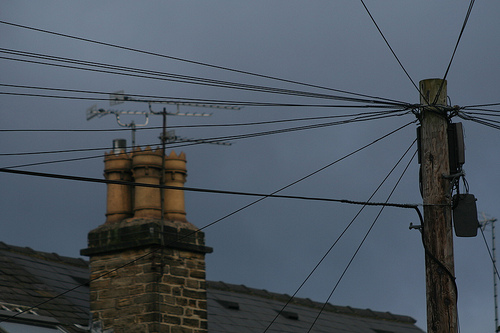 Thomas More first coined the term “utopia,” in his fictional account of the far-off island, as no-place, drawing on the Greek prefix ou-, which is a prefix of negation. From the first pages, the location of Utopia is drawn into question; the very first mention of the island’s location is obscured in More’s account by a cough. This instance of speechlessness points to pressing questions at the heart of the concept of utopia: can it be intelligible to us in the present as a radical rupture of reality as we know it? Much of the scholarly literature on utopia, and indeed our colloquial use of the term, secure utopia on the far side of the horizon of history as an inaccessible future or an impossible ideal. This conflation of inaccessibility and idealism can perhaps be blamed on More himself, who included a pun in an introductory poem that draws on the Greek prefix eu (good). In common speech, this second meaning—utopia as a good place—has overtaken the first—utopia as no-place—but has retained the sense of spatial or temporal inaccessibility. The first challenge of utopia, then, is its distance. The inaccessibility of utopia strains against an opposing tension: its toothless domesticity. If we are limited in our constructions of utopia to known materials (e.g., language, imagery, solutions to common problems), then utopia itself is limited to the known and cannot provide the radical rupture it promises. In this rendering, utopia is constrained to a feeble restructuring of our contemporary failures. Utopia is suspended between absolute alterity and useless domesticity and in neither case can it make any legitimate appearance.

The problem I see with this characterization of utopia is twofold: (1) an absolutely impassable division is presumed between the present and the future, and (2) the suspension of utopia between alterity and domesticity is understood to disempower it. For my research on modern American global imaginaries, the conception of utopia that is most helpful understands the future to hold a place in the present and sees its suspension between alterity and domesticity as productive and dynamic. The global imaginaries developed in America around communication technology—imaginaries that promise universal unity through the internet, global peace from the telegraph, and the end of distance itself in our wi-fi “global village”—are often labeled as utopian. By this we tend to mean that global imaginaries are ideals that are inaccessible in space and time. Such a dismissal misses that these modern American global imaginaries are understood by their authors as neither distant nor future, but present. While it is useful to name these global imaginaries as utopian for their enactment of desire and their determined breach of impossibility, we do them no justice if we do not also recognize their reconfiguration of utopia as spatially and temporally proximate.

A more productive venture into utopia’s possibility is available to us once we read utopia through the ambiguity of imagination as both descriptive and creative. Thinking imagination in its constitutive dynamic ambiguity refuses the immobility of utopia’s place between present resources and future realization. I am arguing, then, for a concept of utopia that can appear in the present without ever arriving in completion, that situates itself productively between fact and fiction. If utopia arrives as complete, it becomes a teleological project that ultimately calls for stasis. A productive frame for thinking utopia in this way can be found in Gilles Deleuze and Félix Guattari’s What Is Philosophy? For them, utopia answers a need for thinking our world otherwise. Their call is for a productive alterity outside the logic of absolutes, a creation of concepts (philosophy) that “calls for a future form, for a new earth and people that do not exist.” For Deleuze and Guattari, this creation of concepts does not remain out of reach on the far side of the horizon of the present but rather can intervene here and now. Utopia is understood within an ontology of becoming, a future unfolding at the cusp of our present through our imaginative action now. Deleuze and Guattari open space for the movement of an always arriving utopia by refusing fixed ontologies; thus, utopia can be arriving without a static telos and can exist in a productive suspension between alterity and limited bricolage.

Only when utopia is understood in the present continuous, as arriving without completion, can we make sense of the work of modern global imaginaries to declare the unity of the world in the present tense. Many of the modern global imaginaries authored in America around communication technology see no bold line at the temporal horizon; rather, they understand their present to extend into the future that stretches before them as that future comes rushing back, swallowing oceans of distance in its approach.

Jenna Tiitsman is a doctoral candidate in Religious Studies at the University of North Carolina at Chapel Hill and Senior Research Fellow at Auburn Media. Her research focuses on the role of religion and communication technology in global imaginaries.