The good, the bad, and the ugly 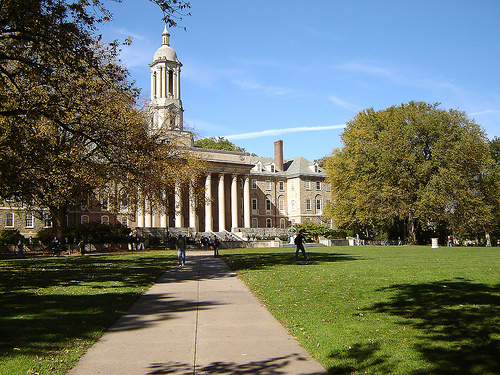 In light of the fears and suspicions that flow from the very idea of students expressing religious convictions in the liberal arts classroom, the simplest and most effective strategy seems to be to pursue a strict policy of laïcité, thereby keeping religion out of the class altogether. This strategy, however, is a temptation that should be resisted. It is neither morally viable nor prudent. It is not viable because illiberal means would need to be employed to achieve the goal of excluding religion. It is not prudent because religious perspectives potentially have much to contribute to the central goals of liberal arts education.

Nonetheless, the view that students should “park” their religious identities outside the classroom is widespread in academia. Moreover, it is commonly held by those who presumably have thought most about the topic of religion and the liberal arts, namely, my colleagues in the field of religious studies. Suspending religious identity in the classroom is the price paid to admit the rigorous academic study of religion into the liberal arts. In this view, the religious studies classroom is exceptional and distinctive insofar as: (1) religion is engaged in a disciplined, critical manner; and (2) this critical manner serves as a defense against religious dogmatism and confessional battles by excluding students’ personal religious identities and experiences. While I think (1) is correct, I have come to believe that the exclusion prescribed by (2) is unnecessarily restrictive, and that critical inquiry does not require it. By means of the various skills and virtues of public engagement, the critical and “protected” space of the religious studies classroom—indeed, any classroom setting—can be maintained while also permitting expression of a student’s religious identity insofar as such expression is an attempt to contribute to the intellectual inquiry into the topic at hand.

It is worthwhile to pause and ask why so many educators are committed to the suspension of religious identity in the classroom. After all, educators ordinarily encourage their students to bring to their studies a deep engagement with the material—that is, to bring their perspectives, experiences, commitments, and passions to the topics and issues at hand. But what about students’ religious commitments and perspectives? Why are these seen as a special case? Why ask students to bracket off religious beliefs from the stock of all their other beliefs, especially given the epistemological and psychological implausibility of achieving such bracketing? To some extent, students can express their religious perspectives by other means, including covert ones. Yet from an educational point of view, do we want our students to suppress the actual reasons (in this case, the religious reasons) that tacitly support their perspectives in the classroom? Can we justify placing this particular burden on students with religious perspectives?

One way to address these questions is to reflect on the various notions and practices of secularism, for these exert power and shape contemporary liberal arts education. These notions and practices have developed organically over time, and we risk much if we simply dismiss or accept them in toto. If we want to move beyond a flatfooted, “liberal” exclusion approach and develop a more judicious response to the question of religion in higher education, we should identify which aspects of secularism to let go of and which to keep—for surely some aspects should be kept. This central task—adjudicating what to keep and what to forgo—entails naming the good, the bad, and the ugly senses of this key term, secularism.

The first feature or constraint amounts to an acknowledgment that we live in a pluralistic society and that we therefore should not assume that everyone shares our perspectives, whether those perspectives be religious or anti-religious (on this feature of secularism, see Jeffrey Stout, Democracy and Tradition). The second constraint acknowledges that students are free to bring to liberal arts intellectual inquiry whatever perspectives they deem appropriate, provided that they do so in such a way as to honor the first constraint. A premise here is that all voices are to be heard and none are initially to be treated as special, subject to exclusion or privilege. (I add the qualifier initially to indicate that over time a particularly insightful voice can gain authority and hence in some sense be deemed “special,” that is, especially knowledgeable and helpful; conversely, a consistently unreasonable or foolish voice can eventually be deemed poorly informed or worse.) Religious perspectives, then, are treated just like any other perspective—such as, for example, that of Marxism, American pragmatism, secular humanism, or hedonism.

When a perspective, religious or otherwise, is offered in the ideal liberal arts course, students listen and speak—and read and write—in a distinct manner that acknowledges the features, or constraints, of secularism. This distinctive manner entails, among other things, the principle of non-privileging and the principle of focused attention. The first principle pertains primarily to the speaker; the second, to the listener. The speaker, understanding that no assumptions can be made about the comprehensive views of her fellow classmates, will not privilege her own speech, which is to say, she will not expect all to deem it self-evidently true and without need of justification. Rather, she will attempt to offer arguments and reasons in such a way that will garner some support from, or will appeal to, diverse classmates. Due to no fault of her own or her classmates, she may not be successful. Persuasion, even when advancing good ideas, is not guaranteed, because “public reason,” or an overlapping consensus, does not always favor every good perspective or idea. Nonetheless, there is an imperative that she attempt to engage meaningfully with potentially diverse classmates.

Secularism in the good sense, then, admits but does not privilege religious perspectives or reasons in liberal arts education. In practice, this principle of non-privileging often amounts to a constraint on the interlocutor offering the religious reason or perspective. The principle of focused attention, in contrast, applies primarily to the listeners. When religious reasons are offered in the classroom or in texts, listeners ought to focus on the particular issue at hand and avoid introducing negative global judgments on religion in general or on a particular religion associated with the offered religious reason. This is not a form of religious apologetics, but an acknowledgment that global judgments on religion are rarely productive or satisfying. This principle of focused attention safeguards against dismissing or deriding an interlocutor simply on the basis of his or her religious identity. This principle represents one way to welcome and critically appropriate insights from varied voices while at the same time minimizing unnecessary conflict and discord.

Both principles are supported by and belong to a larger set of skills and virtues associated with excellence in the practice of democratic public engagement. Such virtues include, but are not limited to, attentiveness, discretion, humility, sensitivity to audience, courage, honesty, and judgment (for an excellent discussion on democratic virtues in public engagement, see, again, Stout, Democracy and Tradition.) Religious perspectives in the liberal arts do not uniquely or especially suggest the need for public engagement virtues. These skills and virtues would dissuade one from dogmatically throwing one’s beliefs in the faces of others. But here, the vice and the corresponding virtue do not necessarily run along religious versus nonreligious lines. A non-religious Marxist, feminist, or environmentalist may be as likely to fail to exhibit the appropriate virtues as, say, a Christian or a Buddhist. Secularism in the good sense puts a high premium on public engagement skills and virtues, for these sustain and protect inclusive and civil, yet agonistic, public inquiry and debate.

The First Amendment is a legal expression of a central cultural aspiration of secularism in the good sense, namely, that citizens be treated with dignity and respect regardless of their religious perspectives and their perspectives on religion. To treat a fellow citizen with dignity and respect requires, among other things, that one assume (at least initially) that the citizen, whether religious or non-religious, is reasonable and deserves a “hearing.” This broad cultural affirmation of free and diverse speech and practice, including religious and atheistic expressions, is central to secularism in the good sense and should pervade liberal arts education.

Secularism in the bad sense is characterized by three positions: it holds that: 1) religion is a discrete, sui generis phenomenon; 2) religion is not self-critical or open to critique and exchange (because, it is held, religion is necessarily either radically subjective or based on dogmatic authority, or both); and 3) religious students can and should accept the exclusion approach, that is, they should keep their religion out of the classroom. Together, these three positions presuppose a narrow, parochial view of religion that is unconvincing in the face of actual, lived religion. Generally speaking and for better or worse: 1) religions are culturally complex institutions that cannot be separated easily or radically from other institutions, whether they be moral, aesthetic, economic, or political; 2) religions are dynamic and change in response to and in dialogue with individuals, communities, events, and developments both within and outside a given religious tradition; and 3) religions commonly shape a pervasive aspect of a person’s identity, an aspect that both informs and is informed by other aspects of one’s identity, including one’s various beliefs, ideals, authorities, attitudes, and practices—all of which are embedded in and respond to local, national, and global sociohistorical and physical circumstances.

It is one thing to attempt to exclude religion for the sake of, say, a pact of non-aggression with “science” or for the sake of “critical inquiry” in the classroom; it is another thing, however, to aggressively promote the view that religion is a destructive, superstitious relic of the past that has no place in the modern or postmodern world. Secularism, in this view, is the advanced state of humans enlightened and freed from the shackles of religion. Secularism is the essence of modernity; religion is an anomaly within it—the antithesis of enlightened humanity. This is the ugly sense of secularism.

In “The American Scholar,” Emerson argued that American colleges do best when they surpass convention and “gather from far every ray of various genius to their hospitable halls, and, by the concentrated fires, set the hearts of their youth on fire.” Liberal arts education risks dousing the fire when it embraces inhospitable secularism. The hospitable halls of the liberal arts, in contrast, encourage those virtues that contribute to and arise from dynamic, inclusive communities of learning. They support an intellectual and critical arena for discussing religion, among other topics that may centrally pertain to a student’s identity, commitments, and ideals. The members of communities of learning need to possess and develop skills for appropriately expressing their convictions and perspectives, listening to those of others, and allowing their own convictions and perspectives to be challenged. They need to learn how to offer and ask for reasons with intellectual and social skillfulness. Broadly speaking, this would entail having students become both more and less at home in the world: more at home, insofar as students gain confidence in their own voice and in their knowledge of and commitment to the communities and world around them; less at home in the world, insofar as students’ presuppositions and perspectives are challenged, and students become open to discovery, change, and wonder. Let the liberal arts, then, be liberal, that is, inclusive and generous in its offerings.

Mark S. Cladis is the Brooke Russell Astor Professor of the Humanities in the Department of Religious Studies at Brown University. He is the author of Public Vision, Private Lives (Oxford University Press, 2003; paperback edition, Columbia University Press, 2006) and is currently completing a book titled, In Search of a Course: Reflections on Pedagogy and the Culture of the Modern Research University.