The right to truth: An interview with Eduardo Gonzalez 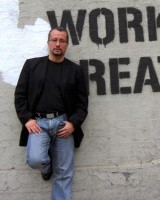 Eduardo Gonzalez is a sociologist and the director of the Truth-Seeking Program at the International Center for Transitional Justice. He advises truth commissions, which are becoming an increasingly common phenomenon around the world, particularly in post-conflict societies. Before joining the ICTJ, he helped organize and carry out the Peruvian Truth and Reconciliation Commission. Previously, he worked as an advocate for the establishment of the International Criminal Court. In addition to book chapters and articles on human rights and truth commissions, he is the author of a Spanish-language blog, La Torre de Marfil.

This interview was conducted in conjunction with the SSRC’s project on Religion and International Affairs.—ed.

NS: In your experience with the Peruvian Truth and Reconciliation Commission, what were the biggest challenges that you faced?

EG: Peru organized a truth commission after twenty years of conflict and dictatorship. During that time, the stories of victims, particularly victims of the Peruvian army, had been subject to disbelief and stigmatization. Those who accused the army, people would say, must be either members or sympathizers of the Shining Path insurgency. Our first big challenge was to establish conditions for listening to victims in a way that would preserve their dignity and empower their voices.

Second: it was also very important for the commission to conduct itself in a way that was seen as even-handed and objective. Though the Peruvian army defeated the Shining Path, that victory was instrumental to the dictatorship of Alberto Fujimori. When the commission was established, neither the Shining Path nor Fujimori were on the scene anymore, but it was still an environment of enormous political fluidity. The commission had to have a finger on the pulse of the nation all the time, carrying on a very complicated investigation while analyzing the political developments in real time.

NS: Were criminal investigation and punishment part of its objective?

EG: The commission was established to contribute to judicial clarification, but it did not have prosecutorial powers. Our task was to indicate presumptive responsibility and to offer a course of action for the prosecutors. Criminal justice was supposed to be dealt with by the judicial branch after the commission’s work was finished.

EG: Yes, to a certain extent. The commission provided the prosecutorial agencies a list of 47 cases that the commission considered absolutely egregious, involving a few hundred perpetrators and a few thousand victims. Prosecutors have made some progress on those cases, but there have been significant political difficulties in doing so. Cases that involve the police, for example, make progress because the police aren’t as powerful as the army. Cases involving the army don’t make much progress. The commission took a first step, but now Peru’s prosecutorial services need to overcome enormous pressures in order to do their job.

NS: You’ve described the truth commission process as, in some sense, a performance. What does it take to create a compelling, effective performance that is also an authoritative arbiter of truth?

EG: When I talk about a truth commission as a performance, that is not to suggest that it is some kind of fictional show. In fact, people opposed to truth commissions suggest just that. I prefer to talk about performance in a different way, referring to the language and codes utilized by victims to tell their stories. The language of victims, particularly those who come from marginalized groups, is rarely the language of the public sphere or the state. They do not typically come to a commission with written evidence or lawyerly arguments. The language of victims is oral and performative, transmitted through the family and the community. These performances may include storytelling, demonstrations, religious ceremonies, and vigils for those who were killed. Truth commissions need to provide an appropriate setting for people to channel those performances. We did that in Peru through public hearings, which I had a role in developing. The hearings were specifically designed to enable people to express their views in a way that they found appropriate, and that way was typically performative.

NS: What did you do to make the hearings more hospitable to these performances?

EG: Beforehand we examined videos of the Ghanaian, South African, and Nigerian truth commissions. We were pretty unsatisfied with what we saw. Truth commissions in those countries had decided to utilize the visual language of courts in order to gain credibility. A courtroom is supposed to convey majesty, authority, and impartiality. But we thought that if a truth commission is to take seriously the right to truth and the duty of memory, it needs to do everything differently. Rituals in a court of law revolve around the accused and the parties whose testimonies converge on the accused. The judge and/or the jury have the ever-present capacity for unleashing violence, because the end result of a trial can be a punishment. In a truth commission, however, the role of the commissioners is entirely different; they are presiding over a healing ritual for the victim. Their role is one of accompaniment, of support. For that reason, we had victims and commissioners sharing the same table. Instead of everyone standing up when the judge comes in, the commissioners and the public stood when a victim came in.

NS: How does what happens in those rooms then go on to have a broader impact in society?

EG: Most people will not learn about what a truth commission did by reading the final report. The final report is just one element of what a truth commission does. The other element of a commission’s work, which I find especially important, is that it unleashes processes of dialogue, memory, and interpretation. After truth commissions in countries like Peru and Argentina, for example, there has been widespread memorialization through art, architecture, museums, and sites of memory and reflection. Normally, we associate memorialization with state-sponsored monuments; it usually means a statue of a man on a horse. But memorialization in the wake of atrocious human rights violations, and in the wake of truth commissions, is taking on a new meaning. It is becoming a more performative activity led by civil society—and especially young artists—not just government. That means more literature, more movies, and more plastic arts. I have seen many, many powerful cases of this in Peru.

NS: Now you’re part of an international organization working with commissions around the world. What role should the international community play in establishing a commission’s credibility and effectiveness?

EG: Because truth commissions have gained so much attention and become so widespread, the international community is very interested in setting standards. This is a welcome development, because it reduces the chances that truth commissions could be politically manipulated by local powers. At the same time, I fear that establishing complex, extremely detailed standards and “best practices” may thwart creativity. Truth commissions are still novel, flexible institutions, and they should keep that flexibility. There is a fine line here. The international community needs to set standards while also encouraging and celebrating creativity.

NS: How does religious language take part in that balance? In South Africa, such language came to play a major role. What role are religious institutions and terms playing in this new paradigm?

EG: Religious ways of deciphering moral issues are inevitably important in any public examination of wrongdoing. They offer conceptions about victimhood, innocence, crime, sin, culpability, and reconciliation. Religions are very much a part of how people perceive and understand a human rights framework. In a pragmatic sense, though, it doesn’t matter whether someone stands for human rights out of religious convictions or out of secular, liberal convictions. The important thing is that we all find an overlapping consensus about the intrinsic dignity of human beings, whether we do so from a religious or a secular viewpoint. At times, though, religious traditions can pose challenges to the logic of human rights.

NS: How so? Take the category of the victim, for instance, which is so vital to the truth commission framework you’ve sketched. What’s the most reliable way for a commission to discern who the victims are?

EG: In Abrahamic traditions, the victim has often been thought of as an expiatory, innocent depository of the guilt of a community. That translates into cultural assumptions, and even legal assumptions, about who a victim is. Therefore, in many countries, people have enormous difficulty believing that the person who is not innocent of a crime could be a victim, because a victim is supposed to be innocent. When you read Primo Levi’s descriptions of the Holocaust, it is pretty clear that, for him, the roles of oppressor and oppressed can never be interchanged. But, if you started a truth commission in Liberia or in Sierra Leone, you would have to deal with the case of child soldiers. They are members of armed groups that commit horrendous crimes, and they commit those horrendous crimes themselves. Yet, they do so as a result of being victimized themselves. Obviously, in that case, our cultural conceptions of who is a victim and who is a perpetrator need to be subject to critical analysis. I think that the best way to go about establishing parameters about victims is by recourse to international law. Law is quite clear about who a victim is, and it should govern the activities of a truth commission by establishing the parameters of the discussion.

NS: Earlier, though, you spoke of the need to distinguish the truth commission from a court of law. Where do you draw the line between legal frameworks and extra-legal performance?

EG: Commissions are not opposed to judicial systems; they can be complementary by helping to facilitate the legal process. They need to use certain legal parameters and norms, but as part of a wider mandate that encompasses, very explicitly, cultural and ethical concerns. Meanwhile, a truth commission should utilize law in order to establish facts, uphold rights, and facilitate interactions with other institutions—for example, prosecutorial agencies—that will take up the same questions in purely legal terms.

NS: How are truth commissions evolving today around the world, and do you have a vision for their future?

EG: Personally, I think that we are witnessing the birth of an approach to justice that will someday be as important as courts of law are now. People will come to recognize that the right to truth is an autonomous right, alongside other basic democratic values, such as the transparency of the state, legal protections for the individual, and freedom of information. Truth commissions will, undoubtedly, become more legalistic; that is unavoidable. At the same time, they will evolve in diverging ways, according to different schools of thought. In some parts of the world, for instance, truth commissions have always been thought of as an integral part of judicial processes. Elsewhere, people think of truth commissions as an alternative to criminal justice. That is a clear tension. Just as we have different systems of law—common law, civil law, and many others—different kinds of truth commissions will emerge. It is incredibly exciting to see that happening. Truth commissions are becoming not just emergency solutions to extraordinary cases like dictatorship and genocide, but versatile tools for addressing many kinds of human rights violations.