Obama and the Dalai Lama

Off the cuff is a feature in which we pose a question to a handful of leading thinkers and ask for a brief response. Our question this week is about President Obama’s decision to postpone meeting with the Dalai Lama last week and what it bespeaks about Obama’s strategy as well as the Dalai Lama’s religious and political authority on the global stage.

When the Dalai Lama visited Washington, D.C. last week, he didn’t stop at the White House, making this the first time since 1991 that the Tibetan leader has visited the capital without meeting with a sitting U.S. president. Aware of his departure from established precedent, President Obama nonetheless made the decision to postpone meeting with the Dalai Lama until after his November summit with Chinese head of state Hu Jintao. Reactions to the decision have been divided. While some commentators have labeled it “appeasement,” and a “cold shoulder to liberty,” as former George W. Bush speechwriter Michael Gerson put it, others, apparently including the Dalai Lama himself, stand by Obama’s decision, contending that bowing out of a routine “photo-op” meeting is a small price to pay for “avoiding deliberate diplomatic provocation” and for potentially gaining Chinese cooperation on issues such as Iran, the economy, and global warming.

What does Obama’s decision say about his strategy regarding the protection of human rights and the competing demands of geopolitical gamesmanship? What do the decision and the strong reactions it has provoked say about the Dalai Lama’s authority as both a religious and a political leader? How does the intrinsic duality of his position play out on the international stage? 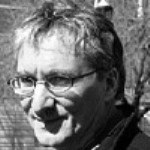 The debate over the Obama-Dalai Lama meeting appears to be about religion and principle being giving second place to national interest. But it was probably much more about miscommunication. I contributed to this myself when a criticism that I had made mainly of British and French policies on Tibet—these have included concessions way beyond even Beijing’s expectations—appeared in the Washington Post as if aimed at the Americans (my mistake, not the Post’s). In fact, the American strategy was actually an innovation—a brief delay of a meeting, not a cancellation. This could have been conveyed as a diplomatic indication of respect for China’s concerns alongside a quiet assertion that a meeting would take place anyway, which is a message that many rights advocates and policy wonks could agree on. So the US strategy deserved some consideration by both hawks and doves as an innovative approach.

But it could only have worked if the Tibetans themselves had freely offered to delay their request for an October meeting. They have always done that in the past when prospective host countries seemed embarrassed by a planned meeting with the Dalai Lama. In this case, however, Valerie Jarrett went to meet the Dalai Lama in India, and the Tibetan leader immediately announced that he would not seek a Presidential meeting till after Obama’s Beijing visit. The public perception, inevitably, was that the Americans had browbeaten the Tibetans into a climb-down.

If they did, it was misjudged. But we don’t know the back-story—Administration sources say that Ms Jarrett did not raise the issue. Did the Tibetans themselves or the Administration propose the high-level visit to India to show underlying support, inadvertently triggering the perception of US pressure? Like so much in this story, it’s unclear. If ideal-type issues like religion and human rights are to be integrated with realpolitik, nuanced double messaging—we respect your concerns while retaining our core principles – is necessary. But as with “strategic reassurance” in general, for this balancing to work, very precise handling will be needed. 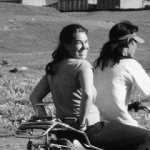 Even if he had met with President Obama in DC last week, one might argue it wouldn’t have been the Dalai Lama’s most important meeting. That honor goes to Chinese citizen Wang Lixiong, to whom the Dalai Lama presented the Light of Truth Award. Wang accepted on behalf of 300+ Chinese intellectuals who boldly submitted a political memo to the PRC government about the spring 2008 protests in Tibet. In accepting, Wang paid tribute to the Dalai Lama’s efforts toward “a future where the Han and Tibetan people both win.” Real change for Tibet will take place with the Chinese people, not without them.

What then to make of Obama’s non-meeting with the Dalai Lama? Is it political naïvete, economic strategy, “strategic reassurance,” or an example of the prescience for which Obama was awarded a Nobel Peace Prize? What does US support—or interference in Chinese terms—do for Tibet? Since the 1950s, the US has led consistent, but weak global support for Tibet. But the story has never been only a presidential one.

Obama didn’t meet with the Dalai Lama on this trip, but Nancy Pelosi did, awarding him the first ever Lantos Human Rights Award. The Mayor of Memphis did, fist bumping the Dalai Lama when he received the National Museum of Civil Right’s Freedom Award. Five Nobel laureates did, summiting with him in Vancouver for global peace. Ordinary people from all walks of life went to hear the Dalai Lama. And, in an event that could not take place in China, Wang Lixiong met with him. Political transformation takes place across levels, including with ordinary citizens and not only their government leaders. As an anthropologist’s son, Obama should know that the people who most need to be included in the conversation are ordinary Tibetans, inside and outside of Tibet. 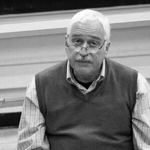 Obama is not the first head of a democratic government who has struggled about honoring the Dalai Lama and maintaining good political relations with China. The PRC is an economic superpower. Its GNP will surpass that of the USA in a few years. Businesses do not want democratic politics to intefere with their making money in China. The CCP regime uses that to get the democracies to back away from promoting human rights. 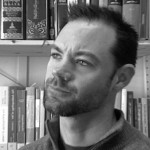 I am struck by the tendency for the hyberbolic commentariat to use every issue as a weapon in the war between the Democrats and the Republicans. People should not be so surprised that a Democratic president would back away from meeting with the Dalai Lama when a Republican president would make a big show of it.

When Americans were unpopular abroad, Tibetans in China expressed support for President Bush. “You’re chief met with our chief,” was a common response to my nationality. However, the symbolism of Bush meeting with the Dalai Lama should be interpreted as more anti-China than pro-Tibet. Christian conservatives’ true concern is the freedom to spread Jesus’s gospel in China, not freedom of religion for a handful of Buddhists.

After the inauguration, the blogosphere lit up with interpretations of Obama’s failure to mention Buddhists in his speech and the rumor he carried a scarf from the Dalai Lama in his pocket, an image not unlike Tibetans who wear pictures of the Dalai Lama hidden underneath their clothing as amulets. Who are the navel-gazers here? Those sitting in the lotus position or those sitting in front of cable news television cameras performing a meaningless hermeneutics? How can a president’s actions impact human rights in China?

Instead of a semiotic treatment of the political cosmology of handshakes, meeting locations, anniversaries, and gift exchanges, we should focus our attention on the consequences American policies have had on the lives of Tibetans in China. And no American policy has had a greater detrimental effect than President Clinton’s decision to delink human rights from the annual extension of Most Favored Nation trading status for China. I would be surprised if America ever regains that degree of leverage over China’s Tibet policies.

Robbie Barnett is director of the Modern Tibet Studies Program at the Weatherhead East Asian Institute of Columbia University.

Carole McGranahan is assistant professor of anthropology at the University of Colorado.

Edward Friedman is professor of political science at the University of Wisconsin-Madison.

Cameron David Warner is a postdoctoral fellow in Buddhism and modernity at the Aarhus Universitet.