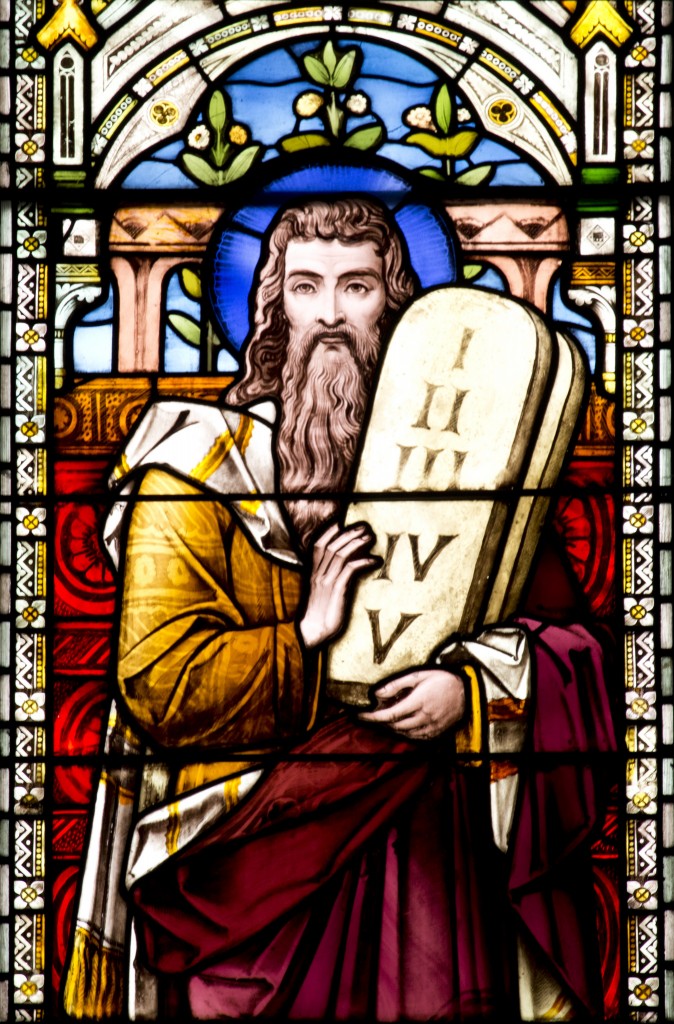 If, as Umberto Eco tells it, “the list is the origin of culture,” then the Internet may be culture’s apotheosis. So much of the web comes to us in list form. Google searches render lists of results; we scroll all the livelong day (and night) through lists of updates on Twitter and Facebook; news sites like The New York Times and Vox highlight lists of their most popular stories. Blogs are lists of posts; Instagram is a list of images; Reddit is a hive-minded collection of conversations and digital artifacts presented as lists. Even the Bible, on the Internet, morphs into a list—the popular app YouVersion, which has been downloaded over 170 million times, essentially understands (as a matter of its coding) the Bible not as a book or series of books but as a list of 31,102 verses.

Alas, that doesn’t sound like much of an apotheosis: “Thirteen Ways of Looking at a Black Bird” the Internet is not. And as useful as the Internet’s list-making functions can sometimes be, the idea of “online lists” is now synonymous with a particular, and particularly successful, type of editorial content: the listicle. If you’ve paid attention to online content in the last couple of years, you’ve no doubt seen more listicles than you care to list. They can be informative, even inspired. But in the main, thanks especially to content factories like BuzzFeed, listicles serve up the web’s junk food.

Editorial features in a list format have been around for a long while—The New York Times has been publishing them pretty much since the paper’s inception—but listicles are enjoying something of heyday, or a heydecade. The reasons for the rise of the listicle are many, but one chief reason is simply the sheer tonnage of web traffic that originates from Facebook, where listicles are Liked and Shared far (far) more often than posts that aren’t written in list form. Listicles have been trending upward for a few years now, but we’re not yet at peak listicle. Wired says listicles are here to stay, perhaps because, as The New Yorker suggests, our brains are wired to enjoy them, or even because, as The Guardian indicates with a nod to Martin Luther’s “95 Theses,” they’re useful for democracy.

From my earliest days as a professional religion writer and editor nine years ago, I’ve been tasked with figuring out whatever editorial and informational good listicles can do. My first series of assignments as a staffer for the site Beliefnet involved composing religion news snippets that would work on our site and for Newsweek‘s “front of the book” (we had a partnership with the magazine). I wrote FAQs—listicles in question and answer format—on topics ranging from Pentecost to Hezbollah and End Times theology.

More recently, I served for a year as the editor of OnFaith, a religion news and commentary blog. Like many web platforms, OnFaith publishes a variety of editorial forms—opinion essays, news stories, Q&As, reviews. For a while, the site also published the occasional listicle. But in time, our audience analytics began to paint for us an unmistakable picture: readers preferred listicles to everything else—by several orders of magnitude. If we wanted to reach more people and thus fulfill our business mission, publishing more listicles was the only way to do it.

For online publishers, “reaching more people” is by and large the task of determining what people will share on the social web—especially on Facebook, which is far and away the most powerful funnel of website traffic. (Relatedly, see Derek Thompson’s recent analysis of the negligible web traffic produced by Twitter.) The question of what people will share on Facebook is driven by what those people will pay attention to in the first place—and again, along with certain kinds of videos and certain kinds of photos, what people are most apt to pay attention to on Facebook is a well-headlined listicle.

I’m not drawn to listicles as a reader, or even as a Facebook user. But as long as I was running a website whose readership was powered by Facebook shares, my task was to make those shares as likely as possible.

One afternoon last summer, a professor friend of mine was telling me about how each semester, he’s tasked with teaching a few dozen freshmen and sophomores an introductory class on world religions; each semester, he said, he faces students who show up with faulty, unhelpful assumptions. They cherish a stubborn conviction that all religions are the same, or they lack any sense of perspective about their own tradition, and so on. These assumptions are of course predictable, even understandable, but that doesn’t make them any less problematic for going as deeply into the study of religion as an educator might hope.

As my friend named these concerns, I realized he was forming a pretty interesting list—one that might be of great interest to a broad swath of people. His reflections on the problem were smart and substantive—they were in fact the fruit of years of pedagogical reflection. But they were also the sort of thing that might be appreciated by a large audience—if and only if they could be presented in a form that an online audience is likely to read and share.

He had in mind a really interesting essay on the matter. I asked him to write a listicle instead.

The resulting post—”10 Things I Wish Every College Student Knew About Religion“—has been a significant success. Many thousands of people have read the piece, and it occasionally rides new waves of social sharing as new networks of people find it. The writer, whose voice had not previously been heard by a general audience, was recently an invited speaker for a liberal arts college, and he’s been invited to speak in other settings as well. He’s used this larger platform to disseminate his hard-won insights about the study and public understanding of religion.

We published many more listicles of the “10 Things” variety last year. In many cases, we began by asking credentialed scholars to write, and we worked with them closely (if quickly, in keeping with the Internet’s pace) to compress their ideas into something that could work on the web—and for an audience who reads the web increasingly on mobile devices. We published lists on the Bible, Sikhism, Jesus, yoga, Islam, Mormonism, Reformed Theology, Christmas, and more. Some of those pieces are trying to do something like journalism, history, or education; others are more expressly opinionated or argumentative. Some are loosely linked chains of ideas on the topic; others aim to build more substantive arguments.

All the pieces were read by large numbers of people—mostly people who discovered the posts via social media. All of them could have been written in essay form—indeed, some began that way. Revising them into listicles gave them a life, and a readership, they would not have otherwise had.

Those listicles accomplished a task that, to some intellectuals, seems humiliating: the task of mattering on Facebook. It’s no easy task. Because of the algorithms that determine who sees what in a Facebook News Feed, only a small percentage of a profile’s followers or friends will see any given post—perhaps 15 percent or even lower, depending on factors like the time of day. Once something is posted, it has only a few minutes to start trending—accumulating Likes and Shares—before Facebook starts discrediting the post and ensuring fewer and fewer people see it. For a considerable amount of web content, if it doesn’t get seen on Facebook, chances are that it will not get seen at all.

Speaking in listicle is speaking in a language a lot of web users understand. If you want to speak to those readers, the listicle is a vernacular you need to know. To be sure, it’s a compressed language: the range of ideas, the amount of context, the depth of perspective are all circumscribed by the listicle’s strict economy. But in my year of editing listicles, I came to see them as a kind of subterfuge, a way to puncture the Internet’s wall of sound. People are clicking mostly on pictures of their sister’s new baby—or Kim Kardashian’s butt—and listicles are a way to gain a hearing for considered approaches to topics that would not otherwise get any play at all in the game of viral content.

In a world where people are driving fast, very fast, with nary a slowdown, much less a full stop, listicles are rare reliable billboards that can provoke people to pull over, look up, and give something their full attention for a moment—and even inspire other people to pull over, too. I would like to see more scholars—people who read sites like this one—risk placing a billboard into that busy and crowded space. Take what you know; put it in a list; give it a headline that inspires people to click, like, share. Give me ten reasons why you shouldn’t.

Patton Dodd is a writer and editor in Maryland. He holds a PhD in religion and literature from Boston University. His writing on religion and American culture has appeared in a range of publications including The Wall Street Journal, Washington Post, The Atlantic, Slate, CNN.com, Newsweek, Christianity Today, Books & Culture, Killing the Buddha, and The Shambhala Sun. A former editor at OnFaith and Patheos, he is also the author of the memoir My Faith So Far: A Story of Conversion and Confusion and the ebook The Tebow Mystique: The Faith and Fans of Football's Most Polarizing Player.