The paradoxes of the re-Islamization of Muslim societies

This essay is one of nearly three dozen original contributions included in 10 Years After September 11, a digital collection launched today by the Social Science Research Council. In the days immediately following 9/11/01, the SSRC invited a wide range of leading social scientists to write short essays for an online forum. Ten years later, these same contributors have been asked to reflect on what has changed and what remains the same. The result is an extraordinary collection of new essays, with contributions from Rajeev Bhargava, Mary Kaldor, Barbara D. Metcalf, Saskia Sassen, Veena Das, Richard Falk, and many others.—ed. 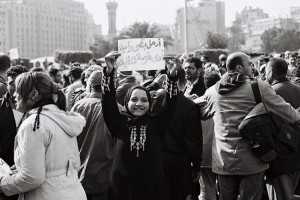 The consequence was that the struggle against terrorism was systematically associated with a religious perspective based on the theory of a clash of civilizations: Islam was at the core of Middle East politics, culture, and identity. This led to two possibilities: either acknowledge the “clash of civilizations” and head toward a global confrontation between the West and Islam or try to mend fences through a “dialogue of civilizations,” enhancing multiculturalism and religious pluralism. Both attitudes shared the same premises: Islam is both a religion and a culture and is at the core of the Arab identity. They differed on one essential point: for the “clashists,” there is no “moderate” Islam; for the “dialogists,” one should favor and support “moderate” Islam, with the recurring question, what is a good Muslim?

Then came, just ten years after 9/11, the Arab Spring, in which Islam did not play a role, and the killing of Osama Bin Laden, whose death went almost unnoticed among Muslim public opinion. What about the “Muslim wrath”? Suddenly, the issue of Islam and jihad being at the core of the political mobilization in Muslim societies seemed to become, at least for a time, irrelevant. So what went wrong with the perception of the Western media, leaders, and public opinion? Was the West wrong about the role of Islam in shaping political mobilization in Muslim societies? Yes. The essentialist and culturalist approach, common to both the clash of and dialogue of civilizations theories, missed three elements: society, politics, and more astonishingly . . . religion.

In fact, three paradigms—social, political, and religious—have changed in Muslim societies over the last twenty years:

All these changes gave way to what I called “post-Islamism” (the expression was first used by Asef Bayat)—it does not mean that the Islamists disappeared, but that their Utopia did not block social, political, or even geo-strategic realities. They have no blueprint for an “Islamic economy,” and although they run many charities in deprived neighborhoods, they tend to become socially conservative, opposing strikes and approving of the rescinding of agrarian reform in Egypt; they have never been able to articulate a coherent supranational program of mobilizing the “ummah” (the Islamic world), leaving the concept in the bloody hands of Al-Qaeda and standing in the Middle East in an uneasy status quo between the strategic ambitions of a supposedly Islamic, but Shia, Iran and Arab dictators (from Saddam Hussein to the Saudis) who claim to protect the Sunnis from the “Shia threat.” They favor elections because they do not support armed struggle even when unable to strike a deal with authoritarian regimes, but they are uneasy about sharing power with non-Islamic groups and turning their “brotherhood” kind of an organization into a modern political party. They have not given up formal support for sharia (except in Tunisia and Morocco) but are unable to define a concrete ruling program that would go beyond banning alcohol and promoting the veil or some other petty forms of shariatization.

After the Arab Spring, which started outside their ranks, the Islamists have choices to make. The first option would be the “Turkish model” (the AK Party): turning the “brotherhood” into a true modern political party, trying to rally a larger constituency than hard-core devout Muslims, recasting religious norms as more vague conservative values (family, property, work ethic, honesty), adopting a neoliberal approach to the economy, and endorsing a constitution, a parliament, and regular elections. Another option would be to ally with “counterrevolution” forces for fear of a real democracy that they are not sure to control, but they thereby risk losing their remaining legitimacy, as in Egypt, where they might be instrumentalized by the army. They may also side with the Salafis by calling for an Islamization that would center on certain isolated issues (veil, family law), the same way Christian conservatives in the West are focusing on abortion and gay marriage while ignoring other social and economic issues.

Whatever the political ups and downs, the diversity of the national cases, the foreseeable fragmentation of both “democrats” and “Islamists” into various trends and parties, the main issue will be to redefine the role of, and the reference to, Islam in politics. The de facto autonomization of the religious field from political and ideological control does not mean, once again, that secularism is necessarily gaining ground. What is at stake is the reformulation of religious reference in the public sphere. There is large agreement on inscribing in constitutions the “Muslim” identity of society and of the state; there is also large agreement on the fact that sharia is not an autonomous practical system of law that could be implemented from above and replace “secular” law.

As I’ve described, modern forms of religiosity tend to stress individual faith and choices over conformity to any sort of institutionalized Islam. The old motto “in Islam, no separation between religion (din) and worldly issues (dunya)” already turned a long time ago from an academic statement to mere wishful thinking, but it has been definitively undermined by the Arab Spring. What we see, more than secularization, is a deconstruction of Islam, torn between some sort of a cultural identity (there could be, in this sense, “atheist Muslims”), a faith that could be shared only by born-again believers (Salafis) in the confines of self-centered faith communities, or a “horizon of meaning” where references to sharia are more virtual than real.

The recasting of religious norms as values helps also to promote an interfaith coalition of religious conservatives that could unite around specific causes—opposition to same-sex marriage, for instance. It is interesting to see how, in Western Europe, for example, secular populists tend to stress more and more the Christian identity of Europe, while many Muslim conservatives try to forge an alliance of believers to defend shared values. In so doing, many of them tend to adopt an evangelical Protestant agenda, fighting abortion and Darwinism, both issues that have never been relevant in traditional Islamic debates. In this sense, modern neo-fundamentalists are trying to recast Islam as a kind of Western-compatible religious conservatism, a fact that is obvious in Turkey, where, in 2004, the prime minister, Recep Tayyip Erdoğan, tried to promote an anti-adultery law that defined adultery not in terms of sharia but by reference to the modern Western family (a monogamous marriage of a man and a woman with equal rights and duties, thus making the custom of polygamy, not uncommon among traditional AK local cadres, although illegal since 1926, more clearly a crime). Islam is thus part of the recasting of a religious global market disconnected from local cultures.

Such an evolution is completely inconsistent with the image of Islam that is constructed and spread by populist movements in the West. In fact, as far as the West is concerned, the main legacy of 9/11, which will survive the “War on Terror” and the death of Bin Laden, is the rooting of Islamophobic populist movements in Western Europe and the United States. These movements have fully borrowed and legitimized the clashist theory: Islam is construed as the enemy of an otherwise elusive “Western” identity. Even populist movements born of a different set of grievances (Lega Nord in Italy, the Tea Party in the United States, the Vlaams Belang in Belgium) have endorsed Islamophobia as one of their main battle cries. It is no surprise that they all dismissed the Arab Spring as irrelevant and don’t acknowledge the way Muslims, both in their native societies and in the West, are recasting their faith into global forms of religiosity. Interestingly, the debate on Islam in the West raised the same questions as in the Middle East: Is religion first a faith or first an identity? Is the crucifix in Italian classrooms just a cultural symbol of national identity or the symbol of the sacrifice of Christ for sinners? The debate about the role of religion in the public sphere should be conducted beyond the clichés of Orientalist essentialism by acknowledging the transversal dimension that connects all the great world religions in their endeavor to find a balance between faith and identity, religion and culture, individual quest and collective belonging, and territorialization and globalization. In this sense, there is neither an Arab nor an Islamic exceptionalism.