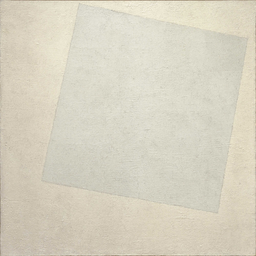 In considering immanentism, it is difficult not to imagine it in religious terms. This is all the more so when addressing Jewish immanentism, secular Jewish feminism, and secular Yiddish culture. Yet a religious immanentism also asserts itself when considering Hasidic Jews, a less liberal and less secular community. To think about immanentism and Jewish culture, then, is to think across the boundary of secular and religious, and to think through to Protestant American assumptions about belief and faith that occlude this Jewish immanentism and force its ambiguity, awkwardly, into the clarity of one or the other.

Elsewhere I have made a case for how secular forms of Jewish expression were made invisible in the secular Protestant United States, where religion and religious difference are expressed as forms of private faith. An embrace of these forms of faith was the vehicle for Jewish inclusion. The reverberations of this model of religious inclusion led to both the erasure of other forms of Jewish expression, especially secular Yiddish culture, and also made it difficult to appreciate why, despite everyone knowing that Jews are a part of a religion, so many Jews do not self-identify as religious. I was trying to explain that contradiction. Part of the way that I came to appreciate these dynamics was through my reading of the work of Irena Klepfisz, a child survivor of the Holocaust and heir to the legacy of Polish Bundist Jewish socialism. In her 1990 collection of essays, Dreams of an Insomniac, Klepfisz powerfully articulates the contours of this decidedly secular Jewish inheritance. In so doing, she defamiliarizes the taken-for-granted American assumption that “Jewish” is only and always a religious designation.

It would be easy to simply stretch the arguments I have already made to address Klepfisz’s enactments of a kind of secular Jewish feminist practice more fully. I have previously referred to these as forms of “secular Jewish spirituality,”1Laura Levitt, “Feminist Spirituality: The Case of Secular Jewish Feminists,” Peter H. Van Ness, ed., Spirituality and the Secular Quest, volume 22, World Spirituality: An Encyclopedic History of the Religious Quest, New York: Crossroad Publishing Company, 1996, 305-334. arguing that such a spirituality builds on the legacy of Jewish holidays and historical commemorations to enact a form of communal practice. This practice is decidedly political, both feminist and socialist or leftist, and antiwar. It is also, at the same time, a celebration of Jewish cultural identification and of Yiddish language, literature, and song, as well as a commitment to a broader Jewish historical legacy. For Klepfisz, this was an embrace of the Jewish calendar without placing these enactments within a religious communal framework. Thinking with secular Jews, and secular Jewish feminists in particular, lays bare the kinds of Protestant presumptions about Jews as a religion that haunt popular discourse in the United States and prevents us from appreciating the complexities of Jewish forms of communal identification.

It seems to me that, to date, most of the critical work around rethinking this divide and reconsidering the legacies of secularization is predicated on a deployment of a notion of religion that often replicates the binary itself. Here, I am thinking of Saba Mahmood’s important work. In order for this sophisticated secular feminist scholar to broach the challenge of the ongoing and growing allure of Islam and its practice, Mahmood turns to the example of women who go the Mosque in Cairo. These are women who participate in a movement that is considered extreme, conservative, and decidedly not feminist in the ways that feminism is most often understood as a liberatory movement. There is more to say about this work and its nuanced arguments, but what interests me here is how, in it and in other especially ethnographic examples,2These include Tamar El Or’s work on ultra-Orthodox women in Israel or early works by Lynn Davidman and Debra Kaufman on Orthodox Jewish women in the United States. religion is figured in decidedly not liberal, progressive, or feminist terms. In these cases, the argument seems to already presume that there is no such thing as liberal or feminist religion. This assumption also animates the kind of critique that Mahmood herself goes on to enact in her powerful account of US foreign policy initiatives, which are overtly involved in creating more liberal or acceptable versions of Islam to meet American criteria of “right religion.”3Saba Mahmood, “Feminism, Democracy, and Empire: Islam and the War on Terror,” Joan Scott, ed., Women’s Studies on the Edge, Durham: Duke University Press, 2008, 81-114.

As much as I find this argument compelling, this stance make it almost impossible to see, to read, to appreciate the ways that religion is not necessarily always in opposition to liberal secular values. There is in this position virtually no room for engaging with the legacy of liberal religion or progressive and/or feminist religious expression. And it is harder still to see immanentism, or a variety of it, in more conservative religion.

A basic definition of immanentism as a this-worldly focus sounds strangely much more like the worldview and practice of a very different Yiddish-speaking Jewish community: those Hassidic Jews for whom the whole world is infused with godliness. That tradition is very much a this-worldly mysticism. The enchantment is so pervasive that adherents are compelled to notice the blessed everywhere around them. They are commanded to bless these instantiations of the divine at every instance. In other words, every day should be filled with blessing these encounters, from the moment one rises in the morning until one goes to bed at night. In some of these traditions, adherents say at least one hundred blessings a day.

And yet, this notion of the holiness of this world and the sanctity of ordinary life is itself a central part of an even longer legacy of rabbinic Judaism, which was taken up at the end of the nineteenth century by this-worldly Eastern European Jews and expressed in their colloquial language. This is Yiddishkeit. And as with its Hasidic counterparts, everyday life is sacred. This immanent sacrality is not unlike that of Ta-Nehisi Coates, who writes and speaks of the sanctity of Black bodies, but refuses to infuse this faith with anything transcendent. For him, it is this-worldly black bodies who demand our reverence.

These forms of conservative religion are strangely disparaged and their histories effaced in an effort to rethink the secular/religious divide. Coates’s sacred bodies are also illegible. What interests me here is the embarrassment of this discursive domain in the ways that it echoes and adumbrates the very commitments that are so often already figured as secular. Their shared values with secular culture make clear the overlap, the imbrication of the religious and the secular. In their groundbreaking work on secularisms, Janet Jakobsen and Ann Pellegrini have called this the Protestant secular. Indeed.

In considering immanentism as a tradition we need to revisit not only the work of secular Jewish feminists, but more urgently, we must begin to unravel the relationship between so-called secular liberatory values and liberal Jewish feminist religious discourse. It is precisely because these discourses are so very similar to secular discourse that it is hard to distinguish what makes the religious different. I should also note that these dynamics are very much, I suspect, also a part of what goes on among liberal and mainline Protestant forms of Christianity, liberal Catholic feminist discourses, and various Islamic feminist positions. Here I have in mind the powerful feminist works of Amina Wadud and Judith Plaskow.

This work actually helps us see the otherwise invisible shared discourses of liberal religion and secular discourse. It also challenges the neat reclaiming of religion that does not already address this all-too-familiar religious discourse, what Rebecca Alpert has characterized as the religious discourses of the left. The absence of liberal and leftist forms of religious expression in discussions of secularization, the relationship between the secular and the religious and most especially in relation to issues of gender, strangely it seems to me, ignores this messy shared terrain. Here it is that I want to dig in my heels. Going forward, we need to untangle these threads in more overt and more productive ways.

The author wishes to thank Joseph Blankholm for his critical editorial work on this essay.

Laura Levitt is professor of religion, Jewish studies, and gender at Temple University. In 2016 she became a co-editor of Religion and American Culture: A Journal of Interpretation and is a series editor with David Watt and Tracy Fessenden of North American Religions at NYU Press. Her most recent publication is “Revisiting the Property Room: A Humanist Perspective on Doing Justice and Telling Stories." This is a part of her ongoing book project “Evidence as Archive.”