On the passing of Jean Bethke Elshtain

Well-known ethicist and scholar Jean Bethke Elshtain of the University of Chicago recently passed away on August 11, 2013. Her scholarship on ethics, religion, and political philosophy was respected, and occasionally controversial. Her utilization of the Christian “Just War” Theory to support the invasions of Afghanistan and Iraq from a theological perspective spurred intense debate. The University of Chicago remembers her: 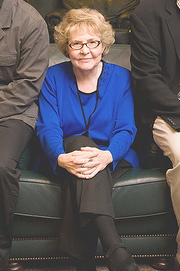 “Jean Bethke Elshtain was a formidable intellectual presence in the academy and in American public life,” said Margaret M. Mitchell, the Shailer M. Mathews Professor of New Testament and Early Christian Literature and dean of the Divinity School. “Her arrival at the Divinity School in 1995 came on the heels of the publication of Democracy on Trial, which was and remains a major statement of the crucial dimension of morality in American public discourse. We in the Divinity School and the University will miss Jean greatly.” Elshtain’s work was characterized by a combination of “hard-nosed realism and a very humane heart,” said her close friend and colleague William Schweiker, the Edward L. Ryerson Distinguished Service Professor of Theological Ethics in the Divinity School.

Over at Religion News Service, Sarah Pulliam Bailey writes on Elshtain’s life and work, noting some of her more controversial scholarly contributions:

Elshtain was routinely criticized by other theologians for her position on Iraq, with Duke University’s Stanley Hauerwas and her University of Chicago colleague Paul Griffiths blasting her 2003 book as “nothing more than window-dressing for a passion to impose America upon the world” and “informed by jingoistic dreams of empire.”

More about Elshtain’s academic and professional accomplishments and honors can be found here.