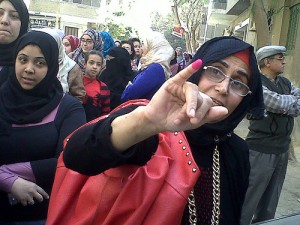 This Friday, June 15, the Transcultural Islam Project of the Duke Islamic Studies Center will co-host a panel discussion on the upcoming Egyptian run-off elections. The panel is composed of five Duke scholars in four countries, and will begin at 10am.

The election pits competing visions for the future of the fledgling democracy during a time of political instability. The contest has Muslim Brotherhood candidate Mohamed Morsi competing against Ahmed Shafik, a former prime minister under past president Hosni Mubarak.

Watch the conversation beginning at 10 a.m. EDT Friday, on the Duke University Google Plus page. To pose a question for the participants, write a comment on the page or post to Twitter with the hashtag #dukelive.