Muhammad Asad and the concept of an Islamic politics 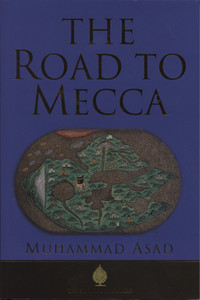 When the German translation of Muhammad Asad’s autobiography, The Road to Mecca (1954), was reissued in 2010, the reviewer for the Neue Zürcher Zeitung emphasized the role Asad played in bridging the divide between the Islamic world and the West: “Today, he is a point of reference for a tolerant and contemporary interpretation of the faith.” This portrayal of Muhammad Asad (1900–1992) as a bridging figure, a person who opened up a dialogue between two worlds, is typical. According to his son, the renowned anthropologist Talal Asad, it is also flawed. Muhammad Asad’s primary concern, as well as his primary intellectual contribution, was internal to the tradition of Islam.

In a talk prepared last year for a symposium on the life and work of his father, the anthropologist lays out what this contribution consists in. Asad the elder’s main concern was the relation between moral obligation and public life. Talal Asad questions his father’s claim that the way to bring ethics to bear on public life is to establish an Islamic state to which the devout must be “totally loyal.” The idea of total loyalty to a sovereign state is a thoroughly modern idea:

The political unity of all citizens and their unconditional loyalty to the state are principles of the nation state invoked especially in response to national crises (war, economic disaster, etc.), but pre-modern forms of rule could not demand them and did not need them. For pre-modern princes it was the loyalty of nobles, generals, and governors that mattered, not that of ordinary subjects. … The modern state is a structure distinct from rulers and ruled, and its constitutional duty is to maintain itself as a state by any means necessary; it does not have any space within its territory that is independent of its absolute authority. Debate in the public sphere may crucially influence the formation of authoritative norms, but it is the modern state, through its various agencies, that authorizes them. For this reason alone nothing in the past (including the Islamic past) corresponds to it.

For this reason also, the implicit identification of God with sovereign power in Muhammad Asad’s work, which did not sufficiently historicize the state form, is highly problematic. Both building on and criticizing his father’s ideas, Talal Asad formulates what he takes to be a more convincing relationship between Islam and politics:

It therefore seems to me that for Muslims the possibilities of “political Islam” may lie not in the aspiration to acquire state power and to apply divinely authorized law through it but in the practice of public argument – in a struggle guided by deep religious commitments that are both narrower and wider than the nation state. Politics in this sense is not party politics, it is not a duel between pre-established partial interests: it is about values in the process of being discovered (or rediscovered) and formed (or reformed) within complex traditions. It presupposes openness and readiness to take risks in confronting the modern state that the state (and party politics) cannot tolerate. This politics may confront the liberal state by opposing particular policies through civil disobedience, or even by rising up against an entire political order.

Read the paper in its entirety here.