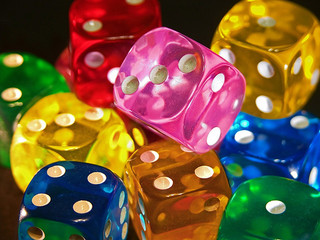 In The New Inquiry, Adam Kotsko reviews Quentin Meillassoux’s The Number and the Siren, a study of Mallarmé’s last poem:

As Meillassoux summarizes it, [Mallarmé’s poem] Un Coup de Dés centers on the aftermath of a shipwreck, which leaves a mysterious “Master” with one seemingly meaningless final choice: whether to throw a pair of dice. It is never revealed whether he actually does so, and he is pulled into a whirlpool. Along the way, we are treated to an enigmatic vision of a siren who destroys the rock that presumably led to the shipwreck, and various reflections on “the unique Number that cannot be // another.” The poem closes with the suggestion that a new stellar constellation may, perhaps, have been set in motion by the Master’s dice-throw. All of this is presented in a unique layout, with lines stretching across two facing pages, varied typography, and virtually no punctuation.

In Meillassoux’s reading, Mallarmé is reflecting on the task of the poet in the wake of the “shipwreck” of traditional poetic form occasioned by the rise of free verse. Where he breaks with most contemporary interpreters, however, is in seeing Un Coup de Dés as part of Mallarmé’s attempt to create an artistic form that could found a modern ritual with all the power and meaning of the Roman Catholic Mass. This project centered on the composition of a liturgical poem called “the Book” that would be part of a numerologically structured ceremony of public reading.

Many critics view this ambition of Mallarmé’s as crazy and embarrassing, something that he surely got out of his system by the time he wrote his final great work. Meillassoux, however, not only claims that Un Coup de Dés is a continuation of the project of the Book, but that—thanks to Meillassoux’s own investigation, which effectively unlocks the meaning of the poem—Mallarmé has in fact actually succeeded in an achievement that could found a new poetic religion that would be secular modernity’s answer to Christianity.

Stéphane Mallarmé is, in short, a modern-day Jesus, and Meillassoux is his St. Paul.