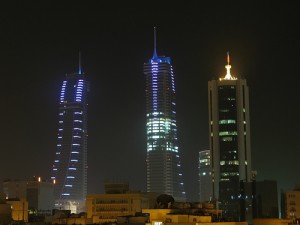 The Accounting and Auditing Organisation for Islamic Financial Institutions (AAOIFI), a Bahrain-based regulatory body for Islamic financial institutions, announced that it will revise its guidelines. Of key interest are the plans to reform the role that panels of Islamic scholars—sharia boards—play in setting standards for business practices in this industry. Bernard Vizcaino writes:

The sharia board system is open to accusations of conflict of interest because scholars are paid handsomely – in some cases, with hourly fees of $1,000 or more – by the very firms whose behaviour they are supervising.

The ambiguity in regulation has let some Islamic financial institutions, such as Kuwait’s Investment Dar, argue in court that contracts into which they had entered were not valid because they were not sharia-compliant in the first place.

AAOIFI plans to improve the operations of sharia boards by strengthening the certification process for scholars, Fakih said. The organisation currently offers scholars two professional credentials, but they have been criticised as not sufficiently rigorous and too easy to obtain.

More details will be released after upcoming meetings of the AAOIFI. Read the full story from Reuters.