Misogyny and the Muslim woman 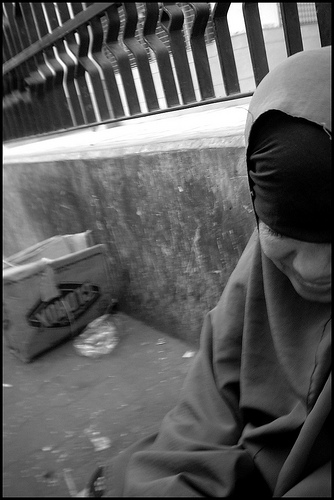 At The Atlantic, Max Fisher considers the sources of misogyny in the Middle East in light of recent conversations surrounding Mona Eltahawy’s Foreign Policy piece on its prevalence across the region.

There are two general ways to think about the problem of misogyny in the Arab world. The first is to think of it as an Arab problem, an issue of what Arab societies and people are doing wrong. “We have no freedoms because they hate us,” Eltahawy writes, the first of many times she uses “they” in a sweeping indictment of the cultures spanning from Morocco to the Arabian Peninsula. “Yes: They hate us. It must be said.”

But is it really that simple? If that misogyny is so innately Arab, why is there such wide variance between Arab societies? Why did Egypt’s hateful “they” elect only 2 percent women to its post-revolutionary legislature, while Tunisia’s hateful “they” elected 27 percent, far short of half but still significantly more than America’s 17 percent? Why are so many misogynist Arab practices as or more common in the non-Arab societies of sub-Saharan Africa or South Asia? After all, nearly every society in history has struggled with sexism, and maybe still is. Just in the U.S., for example, women could not vote until 1920; even today, their access to basic reproductive health care is backsliding. We don’t think about this as an issue of American men, white men, or Christian men innately and irreducibly hating women. Why, then, should we be so ready to believe it about Arab Muslims?

Read the full text of the article here.