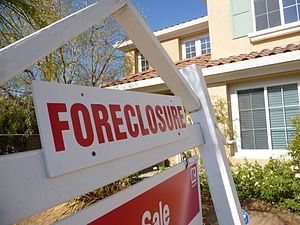 Reuters reports that banks in the U.S. are foreclosing on churches in record numbers:

The surge in church foreclosures represents a new wave of distressed property seizures triggered by the 2008 financial crash, analysts say, with many banks no longer willing to grant struggling religious organizations forbearance. …

The church foreclosures have hit all denominations across America, black and white, but with small to medium size houses of worship the worst. Most of these institutions have ended up being purchased by other churches.

The highest percentage have occurred in some of the states hardest hit by the home foreclosure crisis: California, Georgia, Florida and Michigan.

“Churches are among the final institutions to get foreclosed upon because banks have not wanted to look like they are being heavy handed with the churches,” said Scott Rolfs, managing director of Religious and Education finance at the investment bank Ziegler.