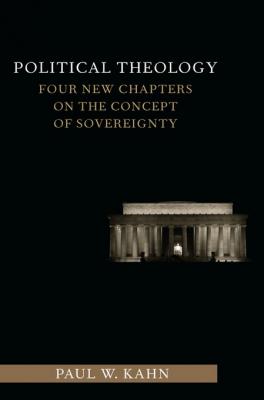 After the manner of psychoanalysis, political theology reflects the larger, darker, contours that liberalism—the discourse of the modern nation-state—fails to see or imagine for itself. For, “just as Freud argued that the modern idea of the individual as a self-determining, rational agent mistakes a normative theory for the reality of lived experience, Schmitt argued that the modern, liberal understanding of the state mistakes a normative theory for the phenomenon of political experience.” In this new version, the mirror stage deals a double whammy. Ego recognizes itself, no doubt, but it also has to integrate a vastly broader field of meaning. We, citizens of the nation-state, may think ourselves children of the Enlightenment, but our inheritance is ultimately larger; it reaches back further—to Christianity. “This is Christianity not as source of religious doctrine,” Kahn pointedly clarifies in an earlier work, Putting Liberalism in its Place, “but as a form of understanding of self and community.”

There is much that is appealing and compelling in the return to binaries (reason and will, law and sovereignty, contract and sacrifice, word and act, enlightenment and religion, liberalism and political theology, friend and enemy) that Kahn has been advocating in his work for a while now, most recently in Political Theology. As there is in the fact that he—a legal scholar—calls for this return in the name of a reflection that he calls philosophical, at once universal and firmly grounded in the empirical (“the reality of lived experience,” or “the phenomenon of political experience” as in the quote above). The universal, in his view, is always rooted in the particular, but for just that reason it is not always easy to identify the full extent, the limits, as it were, of his theoretical and empirical reach. Insofar as it speaks to us, philosophically, of the nation-state as a form, the work promises to be about the world at large in its political ordering. On the other hand, Kahn’s unapologetic insistence that he is interested in the West and in the “Western experience of political life,” his repeated invocation of Christianity, and his constant reminders that his concerns are prominently with us, “we Americans”—these indicate that map is not territory, and that the precise boundaries of that collective self may yet be difficult to discern.

What I mean is that Kahn is not really exploring a “dark continent” in excess of the (liberal, Christian, American) self, or state. Nor is he interested in fundamentally displacing “his majesty the ego.” To the contrary, he rightly underscores the enduring importance—and by no means the waning—of sovereignty, and, indeed, of popular sovereignty (which he often translates as “freedom,” with some stretching of the philological evidence found in Schmitt). This alone would suffice to observe that, for him, the center still holds. The force of Kahn’s critique is therefore only and precisely that liberalism fails to recognize the visible fact of sovereignty, the manifest experience of individual attachment (love, sacrifice) to the political community, and the explicit significance of war as a foundational and existential expression of commitment to our collective being. “My enterprise is descriptive,” writes Kahn; it is “to explore the political imagination we have, whether or not we should have it.” And what we have is by no means latent, nor is it opaque. America is a sovereign state, which has affirmed at once its democratic character and the fact of popular sovereignty, proclaimed the rule of law and the freedom of contractual agreement. It is also, and simultaneously, a “walled state” (as Wendy Brown calls it) that has repeatedly engaged in war, calling on its citizens’ free willingness to sacrifice, to defend its values and indeed its borders, by all means necessary. Accordingly, and to return to that mirror, “America, we might say, finds itself equally when it looks to the court and the bomb.”

This puts some pressure on the universal tone recently heard in political theology, or on the universal-sounding claim that political theology might “help us to understand the way in which the modern nation-state—particularly our nation-state—has occupied the place of the sacred for its citizens.” For what does “particularly our nation-state” mean? Is the U.S. of A. an example or an exception? Is Christianity? Is it a particular to the global universal (the form of the nation-state, the power of the sacred) or is it deserving of a more targeted and singular treatment? Does every nation-state really look with comparable equanimity to “the court and the (nuclear) bomb”? To the bank even? Although he concludes Political Theology by reminding us that “the deepest complaint against liberal theory is not that it pushes God out of politics but that it fails to recognize the character of freedom upon which modern politics has rested,” it would seem that the modern politics—the freedom—that Kahn ultimately extols, is not quite universal either. Again, his insistent engagement with the West and, particularly, with America suggests that his analysis is better served if understood as a focalized reflection, through a diminutive mirror of “our political experience,” of us. What Kahn sets out to understand is us, ourselves, “we Americans,” we Christians—not the larger, global or universal field of the political imagination. He does not reveal the vast contours of a dark continent (or, if there is any difference in this context, the rest of the world, which barely makes an appearance) but reminds us of who we are, we who are “authentically free” (the book’s last words).

Political Theology is a mirror. It is a mirror that articulates a “science of sacrifice” (as Susan Mizruchi called this well-established American endeavor). The mirror tells us that, like it or not, we are a sovereign nation. Which means that, as a people, we are constantly called upon to make decisions, freely renewing our sacrificial commitment to each other, to our values, and to our collective existence. Such is popular sovereignty, and it decides on the exception. Which means that it sends people—we send people—to their death. Actually, to adhere precisely to Kahn’s term, we send ourselves to our death, since we are constantly and simultaneously doing the sending and the sacrificing. “Every political sacrifice has the character of the decision,” and vice-versa. That is how meaning is made according to our political imagination, understood in its broad dimensions: law and sacrifice, the court and the bomb. And that is why “at stake in our political life has been not our capacity to be reasonable, but our capacity to realize in and through our own lives an ultimate meaning.” Amen to that.

His majesty, the (collective) ego, then. But is it really in charge? Are we really in charge? All of us? Do we all, freely and equally, decide on the exception? The answer, inscribed on every page, is un-ambivalently yes, yes, and yes. For we, we the people, are the popular sovereign. We are the judges and the generals, the legislators and the lobbyists. And the bankers too. Who else, after all, could conscript us into that meaningful, sacrificial struggle?

But the decision, it surprisingly turns out, is in fact the decision of the other. Jacques Derrida told us as much, though not quite in these terms or with the same results. Here is Kahn’s striking version: “Conscription can now occur to anyone at any moment: It is just a matter of finding oneself on the wrong airplane at the wrong time. At that moment, there is no further discussion; there is only the act. We exist, then, inside the Schmittian exception. The question is what will we do, not what arguments we will make.” (Kahn’s own argument, as it happens, is about word and act: talk is cheap, actions speak louder than . . ., etc.; hence law and war, reason and will, and so forth). So who decides? Is it the sovereign or the terrorist? The emperor or the pirate? And who—in the age of unmanned drones, foreign soldiers vying for citizenship, exploding numbers of “security contractors,” and weapons of mass financialization—is sending whom to what kind of death? Is it always the case that “the political imagination constructs the violent act as a moment of sacrifice”? The enemy is not necessarily theologico-political. He does not have to function as a mirror (single or dual) for the self, nor do his actions mechanically occasion a sacrificial reaction. At the very least, one might grant that such is not the case for everybody, nor for all political (or theologico-political, if the term can be so extended) “traditions.”

To go along with Kahn, as it seems to me we should, is indeed to hold up a mirror, but only to ourselves—we Americans, we Christians. It is to recognize our peculiar, and particular, commitment as (and to) sacrifice. And sacrifice, Kahn says—the kind of sacrifice whereby we send ourselves, and a few others, to our death (Our Will be Done)—belongs to us and to our political imagination, our enduring freedom. It is our decision and it defines us. So be it. And yet how did we come to this? How did we come to oscillate between two sites of decision? Kahn’s political theology does not explain why it is the other and not ourselves that appears to be sending us to our airborne death. How did the glorious sovereign become a sacrificial, if free and principled and willing, victim? And how come most of the dead these days (and the prisoners too) in our courts and under our bombs, never get a chance to vote, or indeed, to “choose life” (that is, in our tradition, to choose sacrifice), rarely even bare life?

That is Political Theology 101, of course, if you recall that political theology, as Kahn makes very clear (and Carl Schmitt too), is hardly a universal. It stands for Christianity, “Christianity not as a source of religious doctrine but as a form of understanding of self and community.” And this form of understanding, the shape of our political understanding, is indeed sacrificial. It is, to put it otherwise, full of love for every popular body. Law and love, old and new, liberal and political-theological—are these not after all the very coordinates of the expanded terrain of a Christianity that is both legal (or liberal) and sacrificial (sovereign)? Call it Operation Geronimo, or call it loving the enemy. So one might ask again whether there really operates a universal here, and a universally accepted notion of law, of sacrifice, or of the sacred, of self and of community, even of the state.

Now, Kahn knows, and explains at length in Sacred Violence, that there is no sacrifice that is not also self-sacrifice. And so it makes a difference, does it not, if we pause, with him still, to reflect on the words and actions of this self and its limits, on the quick turnaround, the universalizing drive that lingers and grows, whereby not only our laws, but our loves and our murders as well, our enduring sacrifices of the body of that glorious and abandoned sovereign—“we have all killed Him”—so easily become the universal nature of the (liberal) nation-state and of sovereignty, of a global yet particular commitment to that sacred beast. And it makes a difference whether we lovingly fault others, or ourselves, for our death or His death (hell, and for their death too!) and then go on to say “we who are free,” or, as Freud fabulously phrased it in Moses and Monotheism, “it is true, we did the same thing, but we admitted it, and since then we have been purified.”