Have it your way: Puerto Rico and the myth of American freedom

Steeped in the Reformation’s emphasis on the individual as an autonomous agent, the Founders displaced God in favor of a legal scaffolding for a freedom that, in practice and theory, depended upon…

Religion is not an explanation for what happened in Tennessee that weekend. Religion in general is never an explanation—except for atheists and secularists. There is no referent for the word religion. We… 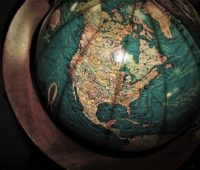 Instead of separation of state and religion, Al drew on the history of established religions in Europe to advocate the “twin tolerations”: a form of mutual toleration between religion and state wherein religious leaders give elected leaders the autonomy to enact policies, and democratic leaders give religious leaders space to worship, participate in civil society, and to organize politically.

History and theorizing the secular

Six short reflections contribute to an ongoing conversation about the value of history to any analysis of secularism, religion, and the interactions between the two.

"There were hopes after the collapse of the Soviet Union that this sort of religion would never re-emerge, at least in the civilized world. It seems, however, these hopes were premature. Political…

I am a comparative historian of early Christianity who reads widely in and engages in academic forums around new religious movements and popular and local religious forms, both contemporary and ancient. I…

Law and truth in the German religious constitution

It is a widely held view that the juridical and political management of religion should be grounded in fundamental normative truth. Catholic communitarian and natural law doctrines are among the more evidently…

On the recent past, fraught present, and tenuous future of Turkish Muslim civil society 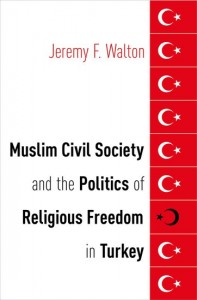 To practice anthropology is to accept an implicit temporal double bind: We think we write ethnography, but frequently our expositions and analyses have become history by the time they achieve publication and elicit responses from readers and peers. When I set out to conduct the research that eventually became the basis for my new book, Muslim Civil Society and the Politics of Religious Freedom in Turkey (Oxford University Press, 2017), I envisioned a panoramic study of a vibrant, emergent field of religious and political action in Turkey, embedded in the institutions and discourses of civil society. I began fieldwork at a relatively sanguine moment in recent Turkish history, in 2005, when the destabilization of the hegemonic, frequently illiberal forces of statist Kemalism, especially the military, carried the promise of a new, multi-centered public sphere that might incorporate a plethora of previously peripheral positions and silenced voices. At the time, I could not imagine that this climate of political optimism, as well as the very domain of Muslim civil society that I set out to study, would prove to be so evanescent.