Bertin M. Louis, Jr. is a cultural anthropologist who received his PhD in Sociocultural Anthropology in 2008 from the Department of Anthropology at Washington University in Saint Louis, where he was a Chancellor’s Fellow and a Lynne Cooper Harvey Fellow. He is currently an Assistant Professor of Anthropology and Africana Studies in the Africana Studies Program at the University of Tennessee, Knoxville. His published work appears in several peer-reviewed journals (The Journal of African American Studies, Transforming Anthropology), the Greenwood Press publication The Encyclopedia of Multicultural America (Forthcoming 2010) and the Journal of Haitian Studies (Forthcoming 2010).

Religion and natural disaster in Haiti

Haiti’s pact with the devil? (Some Haitians believe this too) 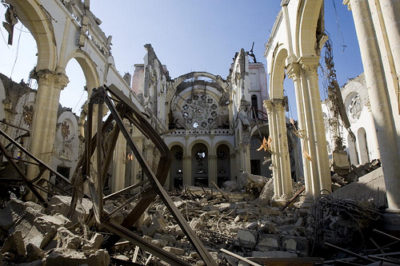 On January 12, 2010, a 7.0 earthquake devastated Port-au-Prince, Leogane, and other parts of Haiti. The day after this catastrophe,…