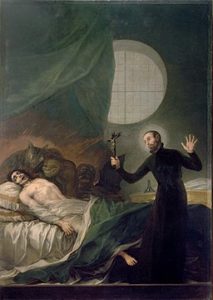 It is best to begin by considering the word malediction in the simple sense of speaking evil or evil-saying. The idea of evil—male—is conceptually, existentially, morally, and cosmologically complex, so I want to focus first on the saying—diction. I am thinking of an actual utterance: what seems to me the relatively straightforward act of “hurling epithets.” This phrase is felicitous because the notion of hurling emphasizes the physical, embodied, material aspect of malediction as a rhetorical performance. The same recognition of the physicality of utterance is needed to understand why the children’s retort to the bully, “sticks and stone may break my bones but names will never hurt me,” is simply wrong. Names are hurtful insofar as they are no less material than sticks or stones when they are hurled and hit their mark.

Malediction in the form of hurling epithets is not as simple as it may at first appear, however. There is, for example, a fundamental difference between the utterances “You bastard!” and “Go to hell!” The first expresses malevolence or ill will, with reference to an imputed personal characteristic that bespeaks illegitimacy. The second, as watered-down and secularized as it may be in colloquial usage, refers to a supernatural and cosmological domain that remains deeply resonant across religious traditions and even in secular settings. In short, the malediction “You bastard!” is an insult. The malediction “Go to hell!” is a curse. The difference is not only one of degree, but one of kind.

The supernatural/cosmological dimension tapped by the curse opens onto the existential/moral question of whether evil, and specifically the motivations of hatred and destruction, is a function (or perhaps better said, a modality) of the human or of the divine. In this brief essay I will bring to the fore one ethnographic fact about malediction that can serve as an occasion for reflection on this issue. In the last fifteen years, there has been more interest and more concerted activity around the ministry of exorcism—the solemn rite by means of which, with permission of the local bishop, a priest attempts to liberate a person who is possessed by demonic spirits—within the Roman Catholic Church than at any time in the previous several hundred years. The fact I want to highlight from my current study of exorcism in Italy and the United States is that, especially in Italy, the notion of malediction penetrates and is deeply implicated in the practice of exorcism.

Malediction can take the forms of a spoken curse (maledizione), a curse placed in an object that can come in contact with the intended victim (fattura), and a curse that can be transmitted by a malevolent or envious glance of the evil eye (malocchio). Malediction may point to the social presence of the witch (fattuchiera or strega), magician (mago), or wizard (stregone). Often, incidents of malediction also follow a cultural script, such as customary antipathy between mother-in-law and daughter-in-law. While malediction and its associated practices may be considered superstitious by the Church, they are still considered real, dangerous, and not to be dismissed or taken lightly. Important for the present discussion is that the exorcist is just as likely to encounter a curse as an evil spirit. So how does the religious system construe this form of human aggression and malevolence in relation to demonic aggression and malevolence?

The answer appears to be that malediction is coopted by and subsumed under demonic activity in a particular way. In practice, the ritual charge of the exorcist is not to counteract spells but to cast out demons. But these are not two separate problems encountered by the exorcist; neither is it necessarily understood that the witch or wizard operates by conjuring an evil spirit to perpetrate harm on a victim. Instead, the hatred manifest in the curse “opens the door” to demonic activity—one might interpret this in a more phenomenological sense by saying that hatred is a door through which Satan acquires access or gains purchase on lives. In this sense malediction may not have a direct effect, but creates or exploits a weakness or vulnerability to demonic affliction in the victim. By the same token, the perpetrator of the curse becomes, wittingly or unwittingly, an agent or pawn of Satan at the peril of his or her own soul. The one who curses may not explicitly invoke the devil, but implicitly invites the devil. In this way such practices of malediction are understood to have a real and negative spiritual effect that transcends the realm of human emotion and agency.

The ethnographic fact of malediction subsumed under demonic affliction in contemporary Catholic exorcism in Italy offers the opportunity for reflection on the problem of evil. Evidently, malediction is subordinated to the cosmological struggle between good and evil as embodied and personified in God and Satan. This is a religious message of exorcism and also part of its commentary on the presence of evil in the world of today. As an element of therapeutic process it may have the effect, beneficial or not, of displacing a certain amount of responsibility and guilt in a fraught interpersonal situation within the lived experience of a demonically afflicted person. More broadly, it raises the question of whether evil is an individual trait or an ontological entity, and if the latter, is it personified as a kind of sentient being? It is the difference between saying someone is an evil person, that someone is evil incarnate, or that someone is possessed by evil. If we start from the human side, add the ontological, and personify that, we get demonology. If we start from the religious side, challenge faith, and humanize that, we get sociopathy. In one case the explanation of evil requires a supporting theodicy (accounting for how an all-good God can allow the existence of evil), in the other an acknowledgment of what we can only call homodicy (accounting for how humans can perpetrate evil upon fellow humans).

In the past few years anthropologists have taken a keen interest in ontology, to the point where some have advertised an “ontological turn” in the discipline’s attempt to understand culture and experience. This is in part connected with a new willingness to entertain a dialogue with philosophy as a discipline and a recognition that anthropology and philosophy often ask the same questions. I think this is a good thing in general, and I am of the opinion that the only real difference between philosophers and anthropologists is that anthropologists have ethnographic data. When it comes to ontology, however, I am not convinced that anthropologists are equipped to address it, and this is in part because of squeamishness in addressing the question of evil in particular. Further examination of the implications and consequences for the lived experience of curses and demonic affliction can contribute to the cultural phenomenology of malediction, but this inevitably opens up to the larger problem of the place of evil in human being (a similar observation can be made about recent anthropological discussions of morality, since without evil, morality would be moot). If anthropologists are serious about ontology, they can hardly avoid the question of the existence of evil in human affairs.

Thomas J. Csordas is Professor and Chair of Anthropology and Director of the Global Health Program at the University of California, San Diego. Among his publications are The Sacred Self: A Cultural Phenomenology of Charismatic Healing (1994); Embodiment and Experience: The Existential Ground of Culture and Self (1994); Language, Charisma, and Creativity: Ritual Life in the Catholic Charismatic Renewal (1997); Body/Meaning/Healing (2002); and Transnational Transcendence: Essays on Religion and Globalization (2009).