Curse God and die: On Agamben and Job 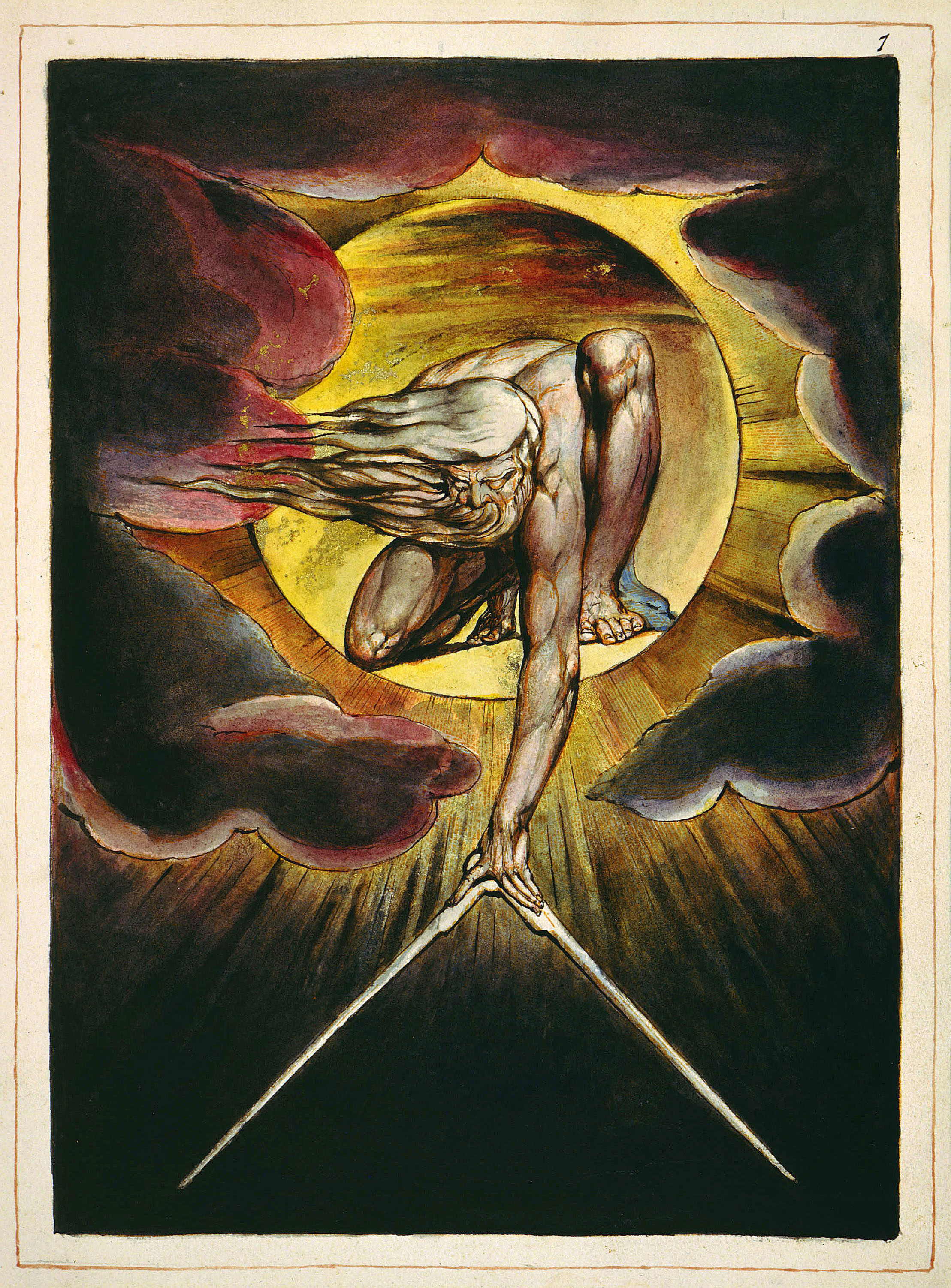 It is here that I believe Giorgio Agamben’s work can prove fruitful for the reading of Job, because his book, The Sacrament of Language, is also a book about curses—or more precisely, about oaths and the many ways they can go awry.

The oath as an institution seems strangely out of place in the modern world, as it defies most familiar classifications. It is legal and religious at once, invoking the name of God while attesting to workaday facts and promises. For Agamben, however, the archaic, boundary-defying character of the oath is what makes it so fruitful for reflection. Hence, instead of trying to properly categorize it, Agamben claims that the oath serves as a kind of pointer back to a more primordial human experience that actually gave rise to categories like the religious or the legal.

This experience is the encounter between the living human being and language. The oath reflects the experience of language as powerful and morally binding—and yet as fragile. The connection between names and things, and between our words and our deeds, always threatens to break down, and the oath is an attempt to guarantee and enforce that connection. In the space of less than a hundred pages, Agamben boldly reinterprets all major human institutions (law, religion, science, etc.) as emerging from the ongoing attempt to bind language to life in ever-more fine-grained and specialized ways.

The oath-structure as Agamben presents it cannot deliver what it promises. The ancient Greeks were notorious for breaking their oaths, or else coming up with convoluted oaths that seem to affirm the opposite of what they effectively say. Perjury was so rampant that Greek sources can make it seem as though the purpose of the oath is to prevent perjury, even though perjury obviously cannot be in question except in the context of an oath. Agamben says, “As a guarantee of an oral contract or a promise, the oath appeared, according to all the evidence, from the very beginning to be completely inadequate to the task, and a simple penalty for lying would certainly have been more effective” (7).

The failure of the oath would not be a major problem if not for the fact that the oath always threatens a curse if it is broken. Hence the breakdown of the oath-structure over the course of Western history represents a proliferation of curses. We can draw a parallel here with the fragile worldview of the accuser and Job’s wife and friends—if the simplistic link between good behavior and prosperity is broken, it seems then all that is left is to curse God. The accuser predicts that this curse will occur and his wife recommends undertaking it, while the friends treat Job as though his questioning of their worldview amounts to cursing God.

For Agamben, too, God is caught up in the dynamics of the oath and the curse. Even in contemporary secular society, a verbal oath is generally accompanied by the invocation of God, and scholars have attempted various ways of explaining why this is. Some of the scholars whose work Agamben reviews in The Sacrament of Language claim that the divine is invoked as a witness to the assertion or promise, while others believe that the divine serves to enforce the curse that attends a broken oath.

Agamben differs from both schools. Drawing on both Greek sources and on Philo’s reflections on the places where God “swears by himself” in the Hebrew Bible, Agamben claims that the divine being evoked in the oath “expresses the positive force of language, namely the just relation between words and things.” In the case of the accompanying curse, “it expresses a weakness of language, namely the breaking of this relation. . . .The name of the god, which signifies and guarantees the juncture between words and things, is transformed into a curse if this relation is broken” (36).

In other words, the god evoked in the oath represents the binding force of language itself—the force that gives meaning to life. When the framework of meaning breaks down, life is subjected to the curse and is no longer livable. We might say, then, that Job is too hard on his wife when he castigates her for her advice. “Curse God and die” is the natural consequence of any disturbance in the fragile worldview within which the characters live.

In the dramatic conclusion to The Sacrament of Language, Agamben speaks of philosophy as “constitutively a critique of the oath: that is, it puts in question that sacramental bond that links the human being to language, without for that reason simply speaking haphazardly, falling into the vanity of speech” (72). In the immediate context, Agamben is referring to the philosophical practice of Heraclitus and Plato, but elsewhere he leans more heavily on the examples of Jesus (who forbids the swearing of oaths) and Paul (who proposes the experience of faith as an alternative to the oath and its attendant curse).

I would propose that we add Job to this list of critics of the oath. Unlike his friends, Job has given up on rehabilitating the worldview of reward and retribution, and yet he has not given up on all meaning: he still expects God to vindicate him, albeit in an unexpected and paradoxical way. In his way of speaking, Job escapes the logic of blessing and curse. While Job famously blesses the name of the Lord after losing all his children and possessions (1:21), the notion of blessing curiously disappears after the accuser attacks his health. He refuses to curse God, and yet he responds to his wife’s advice not by blessing God yet again, but with the question, “Shall we receive the good at the hand of God and not receive the bad?” Similarly, when God finally does appear to Job, the idea of blessing never appears. Job simply confesses to his human frailty in the face God’s overwhelming power. As Job’s practice shows us, the alternative to cursing God isn’t simply to bless him, but to escape from the vicious cycle of blessing and curse by relentlessly questioning him while acknowledging his power.

Where the Book of Job perhaps goes a step beyond Agamben is by making God himself into a philosopher. In response to Job’s questioning, God acknowledges the great struggle involved in maintaining cosmic order in the face of chaotic forces. While his monologue is often read as boastful, one could also read his famous rhetorical questions as basically asking, “Do you have any idea how hard this job is?” Hence both Job and God wind up critiquing the desperate and fragile simplicity of the theology of retribution: freed from the framework of blessing and curse, they both acknowledge that the world is full of ongoing challenges and unfixable problems.

The problem with what Job’s wife recommends, then, is not simply that it curses God instead of giving him the appropriate blessing. Rather, cursing God blinds one to the fact that the traditional grounds for blessing God always threaten to reverse themselves into the grounds for cursing. This consubstantiality of blessing and curse appears most vividly in God’s treatment of Job’s friends. Though they were constantly anxious to vindicate God, he treats them as though they have cursed him—and while they have to make their own sacrifices of atonement, it is only through Job’s mediation that they are ultimately restored to right relationship with God (42:8-9).

Strangely, it is only after Job’s intercession for his friends that his possessions are restored and even doubled (42:10). In part, this restoration could be read as a kind of tacit apology for “all the evil that the Lord had brought upon him” (42:11), but I believe it is more interesting to understand it as a kind of remedial lesson in theology for Job’s friends (and all the relatives and acquaintances who subsequently come out of the woodwork). The only way to make Job’s experience intelligible to them is to work within the framework of meaning provided by the worldview of retribution and reward, and indeed, the text ultimately returns to the language of blessing when it says that God “blessed the latter days of Job more than his beginning” (42:12). Yet there is an excess involved, above all in the curious attention to Job’s exceedingly beautiful daughters, each of whom is individually named and each of whom receives “an inheritance along with their brothers” (42:15).

In their attempt to bridge the gap between their philosophical outlook and the common understanding of life, then, both God and Job make gratuitous, excessive gestures of blessing. These gestures do not fully escape the logic of blessing and curse, and indeed they always threaten to collapse back into it—just as the Book of Job has often been read as a vindication of the worldview of retribution and reward that it critiques. Yet to expect the philosophical work of Job to enable a clean, permanent break with the logic of blessing and curse would be to remain within the simplistic and fragile standards of that logic itself. The text instead invites us to join Job’s God in the continuous struggle to create and sustain meaning.

Adam Kotsko is Assistant Professor of Humanities at Shimer College in Chicago. He is the translator of several works of Giorgio Agamben and the author, most recently, of Why We Love Sociopaths: A Guide to Late Capitalist Television. His current research is focused on the significance of the devil for political theology.