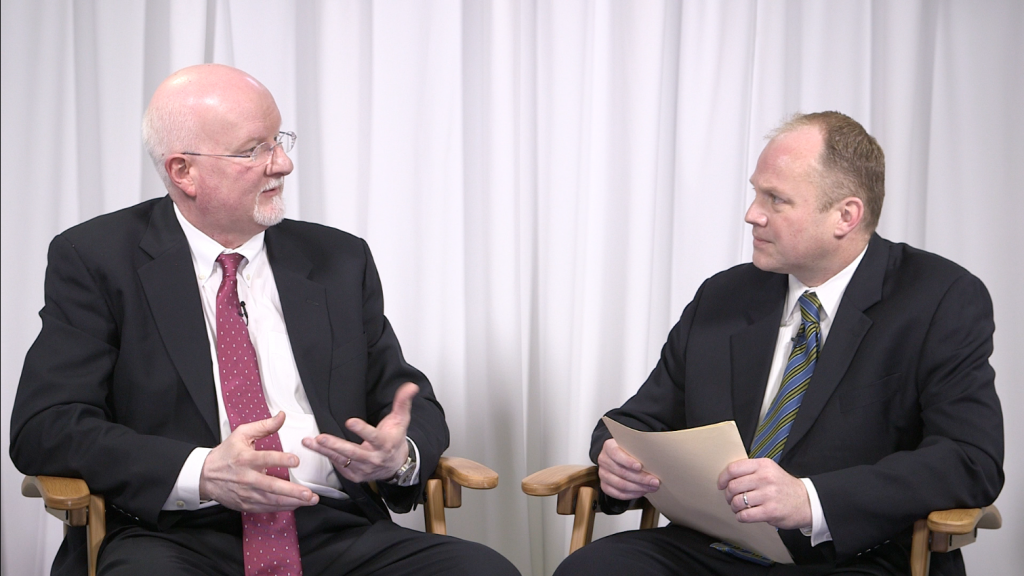 When Secretary of State John Kerry launched the Office of Faith-Based Community Initiatives (OFBCI), he extolled the importance and urgency of religious studies: “In fact if I went back to college today I think I would probably major in comparative religion because that’s how integrated it is in everything we are working on, and deciding, and thinking about in life today.” Despite these claims about the virtue and political utility of religious studies, many academics voiced critique and caution about how OFBCI might be haunted by political agendas, subjected to idealistic visions of liberal democracy, and premised on a particular concept of religion as an analytical category. The Immanent Frame’s “off the cuff” feature provided insightful critiques by an impressive group of scholars across the academic spectrum. I would like to revisit some of these anxieties about OFBCI and offer preliminary insights about the vision and strategy of its director, Professor Shaun Casey.

As the Persian Sufi Jalal al-Din Rumi once said, “The best of princes is he who visits scholars.” Secretary Kerry described Dr. Casey—a professor of theology, with a graduate degree from Harvard’s Kennedy School of Government—as the “perfect person” to lead OFBCI. Casey visited Emory University on February 6-7, 2014 and granted an interview with Sacred Matters in which he described his intellectual and political influences, discussed his vision for the future of OFBCI, and addressed the academic critiques of OFBCI.

During Casey’s comments at his formal appointment, he summoned the legacy of Reinhold Niebuhr, the famous moral theologian who sought to influence foreign policy in the earliest years of Cold War politics. While Casey admires Niebuhr’s belief in pragmatism and incremental action (also adored by President Barack Obama), he was careful to mention that he does not necessarily look to Niebuhr for moral and intellectual vision. In this respect, Casey noted that he is “deeply influenced by Catholic social teaching…by some of the radical interpreters of Karth Barth, some of the Helmut Gollwitzer folk…and the sort of cultural-linguistic-ethnography turn in religious studies.” Thus it would not do justice to Casey’s eclectic intellectual and political interests to reduce OFBCI to a single narrative of hegemonic post-Enlightenment political Protestantism.

Casey told me that he understands academics’ anxieties about OFBCI and welcomes the critique. As an anthropologist studying Islam, I was relieved to hear that he sympathizes with the critique that most people around this world do not view religion as a distinct analytical category in the manner of the Post-Enlightenment West. As a scholar, Casey enjoys the graduate seminar. But he cautioned that the seminar model does not necessarily fit the State Department. Conscious that academic jargon can put diplomats to sleep, Casey takes a different approach: “What I try to do at the State Department is try to show how the scholarly religious perspective might shed light that can generate some solutions or mitigation in the conflict of the hour. And then you look for other opportunities…for second order reflection to reflect on, ‘well, what is the religious dynamic in this space?’ And it’s so complicated that, as I often tell my colleagues at the State Department, we’re all pupils with respect to religion and global politics. There is no global expert who has the answer.”

It was heartening to learn that Casey does not cling to some vision of a Protestant ideal for American politics and civil religion. With respect to the concern that an allegiance to liberal democracy would be the price of admission, Casey was adamant that he is “radically inclusive” and has already met with well over 300 groups across the religious and political spectrum. Even if Casey has a critical and inclusive approach to religion, it will not be easy to transform an institution entrenched in its own ways of thinking and beholden to the political tides. It is still too early to know how this approach will play out on the ground. Citing the example of OFBCI’s recent role in conflict mitigation in South Sudan, Casey was surprised that the Department of State did not have a centralized list of official religious contacts who might help coordinate relief efforts.

During a lunchtime conversation with faculty, I pressed Casey on the cultural and religious politics involved in the production of such a list. It is not that he does not understand the inherent politics of creating a list of contacts. As Casey described it, pragmatic concerns can trump theoretical curiosities when he walks into work with “the planet on fire.” I can appreciate the urgency of pragmatism when dealing with crises, refugees, and conflict mitigation in places like South Sudan and Syria. At the same time, however, there is no simple divide between pragmatism and social theory. Political interventions in places like Syria and South Sudan are premised on implicit theories about identity politics (religious, ethnic, or otherwise).

Professor Casey asks that we judge OFBCI by what they do over the course of the next three and a half years, after which he will, in his words, “turn back into a pumpkin and return to academia.” Casey seeks new modes of engagement and shows little interest in occupying himself with the pleasantries of the interfaith seminar circuit. In terms of hiring priorities, he seeks people who can interpret complex contexts in sophisticated ways. Knowledge of religion is important, but not sufficient. Casey wants to build institutional capacities that extend beyond his tenure, and to integrate a religion component into the Foreign Service exam.

What might a Foreign Service religious studies curriculum look like in the case of contemporary Syria? Hopefully it would depart from a religious literacy of the E.D. Hirsch variety, consisting of a list of ahistorical, decontextualized timelines and tenets of sectarian difference. It was not too long ago that then-Senator Joe Biden advocated a three state solution for Iraq, premised on a naive notion of natural sectarian divides. Rather than thinking in terms of the religious causes of political conflict, Foreign Service officers must also cultivate an understanding of the political causes of religious conflict.

Casey ordered case studies of three countries so that his office can gain a better understanding of best practices and lessons learned with regards to religion and diplomacy. Imagine that one such country is Indonesia (where I conduct research). How might knowledge of Islam enhance a Foreign Service officer’s understanding? Indonesia is heralded as the home of “moderate Islam,” but historian Michael Laffan reminds us that such concepts have roots in colonial histories connecting Dutch scholars and Muslim clerics. In this country of over 200 million Muslims, public piety is important, yet Islamist parties have not fared well at the ballot box. Islam plays an enigmatic role.

Perhaps a graduate seminar is precisely what Foreign Service training needs, though I’m not convinced it must be in religious studies. Like many who study religion, I was flattered to hear Secretary Kerry laud its importance. However, as Lila Abu-Lughod observed with respect to the burgeoning interest in Islam after 9/11, politicians and pundits sought answers from Islam when Cold War politics actually offered better explanations for the injustices experienced by Afghan women: “Instead of political and historical explanations…we were offered ones that worked to artificially divide the world into separate spheres—recreating an imaginative geography of West versus East, us versus Muslims, cultures in which First Ladies give speeches versus others where women shuffle around silently in burqas.”

One potential contribution of OFBCI, as I see it, is making sure that Foreign Service officers in Syria, South Sudan, and elsewhere comprehend that conflicts cannot be explained by neatly parsed categories of religion, ethnicity, or economics. Despite Secretary Kerry’s exuberance about religious studies, those of us who study religion should peddle our knowledge with caution. For, as Rumi also said of the scholar, “Whether it is the prince who formally visits him or he who goes to visit the prince, he is in every case the visitor and it is the prince who is visited.”

For more on the Office of Faith-Based Community Initiatives, read our original “off the cuff” feature here.—ed.

James Bourk Hoesterey is Winship Distinguished Research Professor of Religion at Emory University. A cultural anthropologist, Hoesterey’s work focuses broadly on Islam, media, and politics. His first book Rebranding Islam: Piety, Prosperity, and a Self-Help Guru chronicles the rise and fall of one of the world’s most famous Muslim televangelists, K. H. Abdullah Gymnastiar, and was awarded runner-up for the 2016 Clifford Geertz Book Prize for the Anthropology of Religion. Hoesterey’s current research examines diplomacy, soft power, and the making of “moderate Islam.”