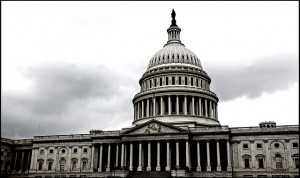 The United States Conference of Catholic Bishops (USCCB) has undertaken a coordinated effort to preach the message of immigration reform in diocese across America as reported by The New York Times. The effort includes Sunday sermons and Catholic leaders contacting their Republican Congressional leaders to press for support of comprehensive immigration reform:

The decision to embrace political action from the pulpit is part of a broader effort by the Roman Catholic Church and other faith groups that support President Obama’s call for new immigration laws. It includes advertising and phone calls directed at 60 Catholic Republican lawmakers and “prayerful marches” in Congressional districts where the issue has become a divisive topic.

“We want to try to pull out all the stops,” said Kevin Appleby, the director of migration policy at the United States Conference of Catholic Bishops, who said the immigration issue was at a now-or-never moment. “They have to hear the message that we want this done, and if you’re not successful during the summer, you’re not going to win by the end of the year.”

The official USCCB position includes favoring a path to citizenship for those with current illegal status, family reunification, an improved work program permit system, as well as addressing the root causes of illegal immigration. The USCCB also favors strong immigration enforcement laws to target criminal activity such as trafficking, smuggling, and terrorism. The USCCB draws upon teachings from the Catholic Catechism to inform their approach to immigration issues, which are centered around the notions of welcoming the foreigner out of charity and respect for the human person. To read the official USCCB position, click here. To read complete New York Times article, click here.