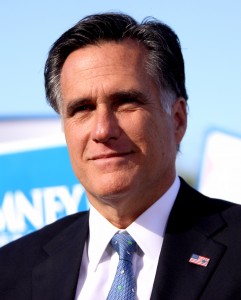 At The New Republic, Eg Kilgore explains why the Christian Right will overcome its apprehensions about Mitt Romney’s religion, arguing that, for evangelicals, cultural issues are often more important than theological ones. Kilgore references Dallas First Baptist Church pastor and evangelical leader Robert Jeffress’ recent endorsement of Romney. Jeffress, who only months ago told reporters at a Rick Perry campaign event that Romney was a member of the Mormon “cult,” re-evaluated his initial concerns about the Republican nominee and decided to support his campaign, citing Romney’s belief in “biblical values like the sanctity of life and marriage” as integral to the endorsement. Kilgore contends that this endorsement is hardly surprising, considering that evangelical leaders “have long since subordinated any theological concerns about political leaders to a cultural agenda where all are welcome allies.” He further elucidates:

…so long as a candidate is on the same page as the Christian Right on same-sex marriage and abortion— and, increasingly, contraception—his understanding of the metaphysical nature of the universe isn’t a deal-breaker. Mormons are as welcome in the fight against encroaching secularism as anyone else.

Kilgore writes that evangelical support of Romney (over Obama, who, until recently, belonged to the normatively Christian, mainline United Church of Christ) is indicative of the growing animosity of evangelicals toward mainline Protestantism:

It’s still possible that the unfamiliar nature of Mormon doctrine may have a subtle effect on evangelical enthusiasm for Mitt. But any evangelical distrust of Mormon theology pales beside the evangelical distrust of mainstream Protestantism—which happens to be the strand of Christianity that Barack Obama belongs to. This attitude can be seen in Rick Santorum’s dismissal of mainline U.S. Protestants as “gone from the world of Christianity”—a comment from 2008 that came to light during the heat of this year’s primary season. While Santorum’s statement was widely criticized, it’s a broadly held, even axiomatic, view for many conservative evangelicals and Catholics. Indeed, conservative minorities in the mainline denominations (most notably Episcopalians) have become accustomed to accusing mainline leaders of heresy and apostasy.

Read the full article here; for more on Romney’s Mormonism and the evangelical base, read Shalom L. Goldman’s recent here & there post.