Sally M. Promey is professor of American studies and professor of religious studies at Yale University, where she is also professor of religion and visual culture at the Yale Institute of Sacred Music and director of the Center for the Study of Material and Visual Cultures of Religion (MAVCOR). Current book projects include volumes titled “Religion in Plain View: The Public Aesthetics of American Belief” and “Written on the Heart: Sensory Cultures, Material Practices, and American Christianities.” Most recently, she is contributing author to and editor of Sensational Religion: Sensory Cultures in Material Practice (Yale 2014). She is co-director, with Sarah Rivett, of “Material Economies of Religion in the Americas: Arts, Objects, Spaces, Mediations” (2016-2021); and co-seminar leader, with Sylvester A. Johnson, for the 2018 cohort of the Young Scholars in American Religion Program. 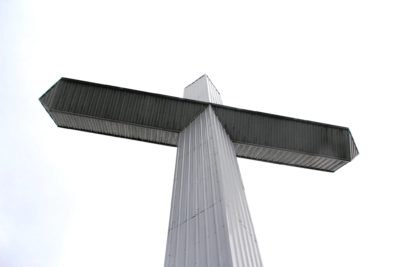 It would be inaccurate to assert that the cross is everywhere; but it is fair to say that we rarely…