David Frankfurter holds the William Goodwin Aurelio Chair of the Appreciation of Scripture at Boston University. A scholar of ancient Mediterranean religions with specialties in Jewish and Christian apocalyptic literature, magical texts, popular religion, and Egypt in the Roman and late antique periods, Frankfurter’s particular interests revolve around theoretical issues like the place of magic in religion, the relationship of religion and violence, the nature of Christianization, and the representation of evil in culture. His publications include Elijah in Upper Egypt (Fortress Press, 1993), on an unusual early Christian prophecy that envisioned the endtimes in Egyptian terms; Religion in Roman Egypt: Assimilation and Resistance (Princeton University Press,1998), which shows the different ways Egyptian religion continued despite the decline of temples and rise of Christianity; and Evil Incarnate: Rumors of Demonic Conspiracy and Satanic Abuse in History (Princeton University Press, 2006), on the ways that cultures and religious movements envision evil as an active, personified force; as well as the edited volume Pilgrimage and Holy Space in Late Antique Egypt (E.J. Brill, 1998). 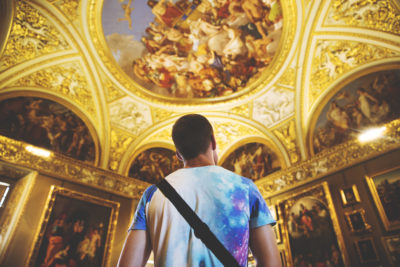