Atalia Omer is a professor of religion, conflict, and peace studies at the Kroc Institute for International Peace Studies and the Keough School of Global Affairs at the University of Notre Dame. She is also a Senior Fellow at Harvard Divinity School’s Religion, Conflict, and Peace Initiative. Her research focuses on religion, violence, and peacebuilding as well as theories and methods in the study of religion. She is a 2017 Andrew Carnegie Fellow working on a book tentatively titled Global Religion, Peacebuilding and the Perils of Development: Beyond Neoliberalism and Orientalism. She is the author of Days of Awe: Reimagining Jewishness in Solidarity with Palestinians (University of Chicago Press, 2019) and When Peace Is Not Enough: How the Israeli Peace Camp Thinks about Religion, Nationalism, and Justice (University of Chicago Press, 2013). She is also a coeditor of the Oxford Handbook of Religion, Conflict, and Peacebuilding (Oxford University Press, 2015) and a coauthor (with Jason A. Springs) of Religious Nationalism: A Reference Handbook (ABC-CLIO, 2013). Omer has published articles in various peer-reviewed journals including the Journal of the American Academy of Religion, the Journal of Religious Ethics, Soundings, the Journal of Political Theology, the Study of Nationalism and Ethnicity, the International Journal of Peace Studies, Critical Research on Religion, and the Review of Faith & International Affairs. 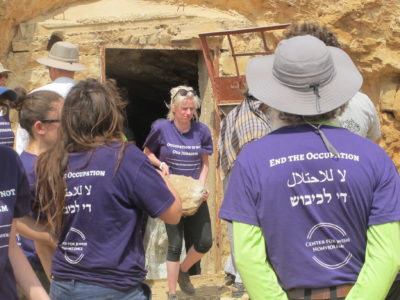