It was during a bus ride to my field site in 1984, a few months after the assassination of the then prime minister, Indira Gandhi, that everyone on the bus began to notice a short steady beat of tick-tock, tick-tock. Devastating violence against the Sikhs had followed the assassination of Gandhi by her Sikh bodyguards, and there were rumors everywhere of revenge attacks by Sikhs. I heard many Hindu families say that Sikhs were amassing weapons and that Gurudwaras were holding training for terrorists. It was rumored that the leader of the Khalistan movement had not really died in the military operation supposedly carried out to flush out terrorists from the Golden Temple. He would rise again. In these ominous times, to hear a tick-tock sound emerging from a cloth bag, kept on the seat next to the Sikh gentleman, was unnerving to everyone. Shoulders were tensed, eyebrows raised, furtive glances exchanged—yet the Sikh gentleman seemed completely unaware of the tension that was building.

I had been keeping notes on small incidents in the streets, incidents that were signs of the intimidation felt by the Sikhs. A Sikh gentleman was driving on the Ring Road when another car aggressively overtook him and in the process made a slight dent on the bumper. The two drivers stopped and got out of the car and began gesticulating angrily and shouting at each other, a common occurrence on Delhi roads. A small crowd began to gather. I asked the driver of the three-wheeler on which I was riding to stop, and I got off.

Usually, vociferous arguments would emerge at this point as to who was at fault—but there was a subtle difference in the air now. One could sense the antagonism against the Sikh man. “Who do they think they are? As if they own the roads.” “They don’t seem to learn.” The Sikh driver seemed unaware of the danger around him. But then another car that was going quite fast suddenly came to a halt. A much older Sikh man got down from the car with another Hindu man, perhaps a friend, perhaps a colleague. Everyone was reading signs of who you were on the roads those days. Clean-shaven, no turban? Yes, a Hindu. They both stepped up to the Sikh driver and began to steer him toward his car, addressing the crowd in Punjabi all the time. “Challo ji—chaddo ji—apna rasta pakdo ji”—“Move on, let it be, be on your way”—all with the respectful ji—addressed both to the crowd and the driver. Both cars drove away. I went on in search of another three-wheeler.

And here I was on the bus with the steady rhythm of the tick-tock. I could see indecision on some of the passengers’ faces. Should we get off on the next stop? Should we confront the man? Was this a suicide bomber? Glances were exchanged—yet everyone seemed to hold their breath. A youngish woman had boarded the bus with her son, an impish looking boy, perhaps four, perhaps five. She went right to the seat just on the opposite side of the Sikh gentleman. It had been vacated by another woman who had gotten off at the previous stop. She took a deep breath, put the bag she was carrying on the floor, and put the child on her lap. She sensed something was wrong and so, in the manner of mothers instinctively wanting to protect their children, she clutched the child tightly to herself. The child was looking curiously at the seat opposite and then he suddenly broke free from his mother, stepped over to the opposite seat, and said to the Sikh man, “Uncle ji, isme kya hai?”—“Uncle, what is in this?”—pointing to the bag with the alarming, intimidating tick-tock. The Sikh man smiled as he got up to make his way to the exit: “Kuch nahin puttar—ghadi theek karani hai”—“Nothing much, son; the clock has to be repaired.”

He got off. All the suppressed chatter came pouring out of everyone. “That is all there was to it—a clock—these men are mad—behaving like this—in these times.” Then everyone started laughing, letting the tense silence, the fear, and the anger dissolve, and I thought, Is this all there is? One gesture standing between what could have become a killing and what became a joke? Then the memory of other gestures came to me—a little girl rushing into a crowd of screaming men about to throw a match on a house soaked with kerosene—tugging at a man’s shirt: “Uncle ji, uncle ji, my baby brother is there,” and the man turning at her angrily, “Why did you not say so earlier? Do you think we are the killers of children?” A masked man going into the village in a police jeep, pointing to this man or that one as the terrorist, with the villagers in dumb disbelief; a woman discovering that her brother, in a bargain to save his own life, had pointed a riotous crowd to the house in which her husband was hiding.

Today, sitting in a distant land, I read stories in Indian newspapers, stories about lynch mobs, about a blind elderly woman bludgeoned to death by two young men who suspected her of theft after she accidentally strayed into their hut. I think of the lethal potential of everyday objects lying around the house—a plate of meat, a pair of scissors, or a new bracelet become objects of suspicion, their dangers magnified to monstrous proportions, for the meat may be seen as the prohibited beef, the scissors as instruments to sneak into houses and chop off women’s braids to dishonor them, a bracelet in a poor woman’s jhuggi (slum dwelling) as a stolen object—and I am overcome with nausea. Is this all? Or will something sprout that might make for one tiny turn away from this—whatever “this” is. I love indefinite pronouns. 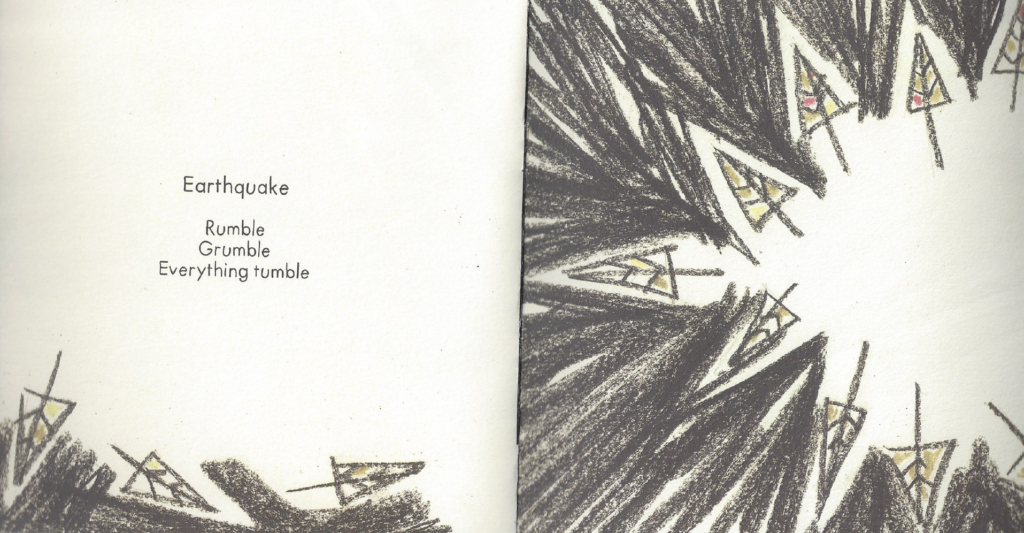