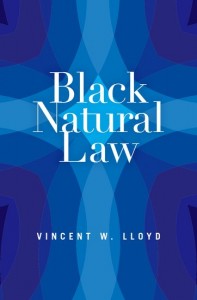 We are accustomed to hearing stories and seeing images of racial injustice: the white police officer assaulting the black schoolgirl, the unarmed black man shot multiple times while imagined as a demon, the countless acts of microaggression. We are also accustomed to calls for racial justice. We live in an exciting time, when there is a burgeoning movement against racism attracting broad attention. Yet we are less accustomed to filling out, in any detail, what racial justice means. Does it simply mean an end to what we consider acts of racial injustice? Does it mean a transformation of a system that produces such acts? If so, a transformation to what? What will our world look like when there is racial justice?

Too often, intellectuals take their work to be saying hooray for the movement, for Black Lives Matter; hooray with footnotes and polysyllabic jargon and all the right posturing. But what of these most pressing questions, questions that those involved in political organizing rarely have the time or space to ponder—what of racial justice? The claim I develop in Black Natural Law is this question is often framed wrongly. The question is often framed in secularist terms. It seems as though we have a choice between imagining racial justice as an absence of racially unjust acts or imagining racial justice as some picture we paint of racial harmony. Human hubris motivates both choices. We believe we are capable of rightly identifying all injustice or of rightly imagining our world as just.

When we look at how outstanding black political leaders have historically discussed justice, we find that they appealed to something beyond the world. They appealed to a higher law, sometimes called God’s law, sometimes called natural law, irreducible to worldly (secular) terms. From Frederick Douglass to Anna Julia Cooper to W. E. B. Du Bois to Martin Luther King, Jr., justice was never reduced to the elimination of injustice nor was it reduced to the product of collective human imagining. Slavery and segregation were unjust because they ran against this other-worldly sense of justice—so, too, did unchecked capitalism.

For this tradition of black politics, we humans will never fully grasp the meaning of justice, but we can come closer by using our characteristically human capacities for reason, emotion, and imagination. We can use these capacities to identify worldly laws that run counter to the higher law, worldly laws that do not respect the image of God in us, that is, the part of the human that is irreducible to worldly terms. We must challenge worldly laws, norms, and institutions that treat us as less than human. We can better discern this other-worldly justice through reflection on ourselves, through the insights of religious traditions, through encounters with exemplary figures, and, most of all, through the process of social movement organizing. The more we organize for justice, the better we discern justice; the better we discern justice, the more we are motivated to organize for justice.

Secularist readings of black political leaders turn them into pragmatic political actors or assimilate their visions of justice to a vision with which we are already comfortable. In contrast, taking seriously the religious ideas and images of black leaders such as Douglass, Cooper, Du Bois, and King allows us to see them as radicals. They had two primary concerns, each inextricable from the other. They challenged the wisdom of the world, ideology, showing how it is a mystification conjured by the wealthy, powerful, and white. And they were committed to developing the institutions, media, and relationships that would build power at the grassroots capable of challenging the wisdom of the world. These concerns were fueled by an awareness of the severer side of justice. Justice names what ought to be done; otherwise, there is sin. To struggle for justice, both by challenging the wisdom of the world and by organizing, is the only way to avoid damnation.

It may seem as though the specificity of race, of racial justice, has slipped away. Too often today the language of race names one issue among several, intersecting with others, afflicting certain communities. The greatest, though often forgotten, insight of black theology is to assert that God is black. This means that all theological questions, indeed all human questions too, are questions that should be approached from the perspective of blackness. The black political tradition, when a secularist lens is abandoned, is a black political theological tradition, and it makes precisely the same claim. Justice is black. Blacks, because of systemic oppression, have epistemic privilege. For blacks, it is obvious that the wisdom of the world distorts, that organizing is imperative—though there are certainly impediments to making these insights actionable. All questions of justice should be approached from the perspective of blackness, whether it is environmental justice or economic justice or reproductive justice or racial justice. It is not that blacks are God, but that God is black: Blacks are uniquely aware of the shortcomings of the secularist presumption that we humans can get the world right.

Black Natural Law argues that, to move toward justice, we must discard both our secularism and our multiculturalism, and instead unapologetically take up a black theological approach to politics. The book explicates a tradition committed to this approach, and it tracks the tradition’s decay over the past half century. Secularism and multiculturalism ascended by replacing law with love in the social imaginary. Now, it seems as though achieving justice requires loving ourselves, our bodies, our people, everyone, everything. Or, justice is confined to the rationalistic calculations of economists, lawyers, analytic philosophers, and, worst of all, pragmatists. We have forgotten that reason, emotion, and imagination must work together to discern justice, and that they work best in the struggle itself, where critique and practice refine each other. We have forgotten that the meaning of justice is not ours, not a human possession, and that its pursuit is a fundamentally theological endeavor.

Vincent Lloyd is associate professor of theology and religious studies and director of Africana studies at Villanova University. His scholarship focuses on the intersection of religion, race, and politics. His books include In Defense of Charisma (Columbia, 2018), Black Natural Law (Oxford, 2016), and a coedited volume, Race and Secularism in America (Columbia, 2016). Lloyd is currently writing a book about dignity in Black politics.