The imaginary “war on religion” 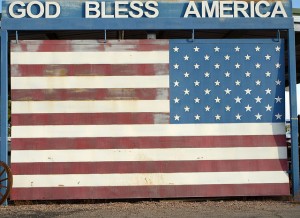 Over at The Atlantic, Peter Beinhart recounts the results of a new survey on religious observance in America. Unsurprisingly, he reports, Americans across the political spectrum tend to lie about how often they attend services.

Over the past few decades, liberals have—far more than conservatives—turned away from religious affiliation, though not necessarily belief in God. But while they may feel proud of their views on religion-informed issues like evolution and gay marriage, they’re not particularly proud of their lack of religious observance per se. Indeed, they’re aware that they’re violating a cherished social norm. Asking liberals to admit that they are disproportionately secular is like asking conservatives to admit that they are disproportionately white. It’s a truth they find embarrassing.

The point, says Beinhart, is that the liberal “war on religion” trumpeted by the likes of Rick Perry and Ann Coulter turns out to be imaginary. Far from scorning religious Americans, as conservatives charge, liberals seek to appear more religious than they are.

Beinhart suggests that secular liberals are right to be cautious about expressing their lack of faith. A 2006 study found that atheists are one of the least accepted of American society’s “marginalized” groups—and furthermore, tolerance for atheists has barely increased over the past several decades:

Americans are today more likely to say they would vote for a Muslim or a gay or lesbian for president than an atheist. In a recent Pew study, even nonreligious Americans said they wanted their presidential candidates to be believers—regardless of what faith they profess. Seven states still officially bar atheists from holding office.

Read the full piece at the Atlantic, and read more about the “social cost of atheism” here.