Four patriarchs and a Baptist preacher

by Brittany Pheiffer Noble and Wei Zhu March 27, 2014
Like
Print 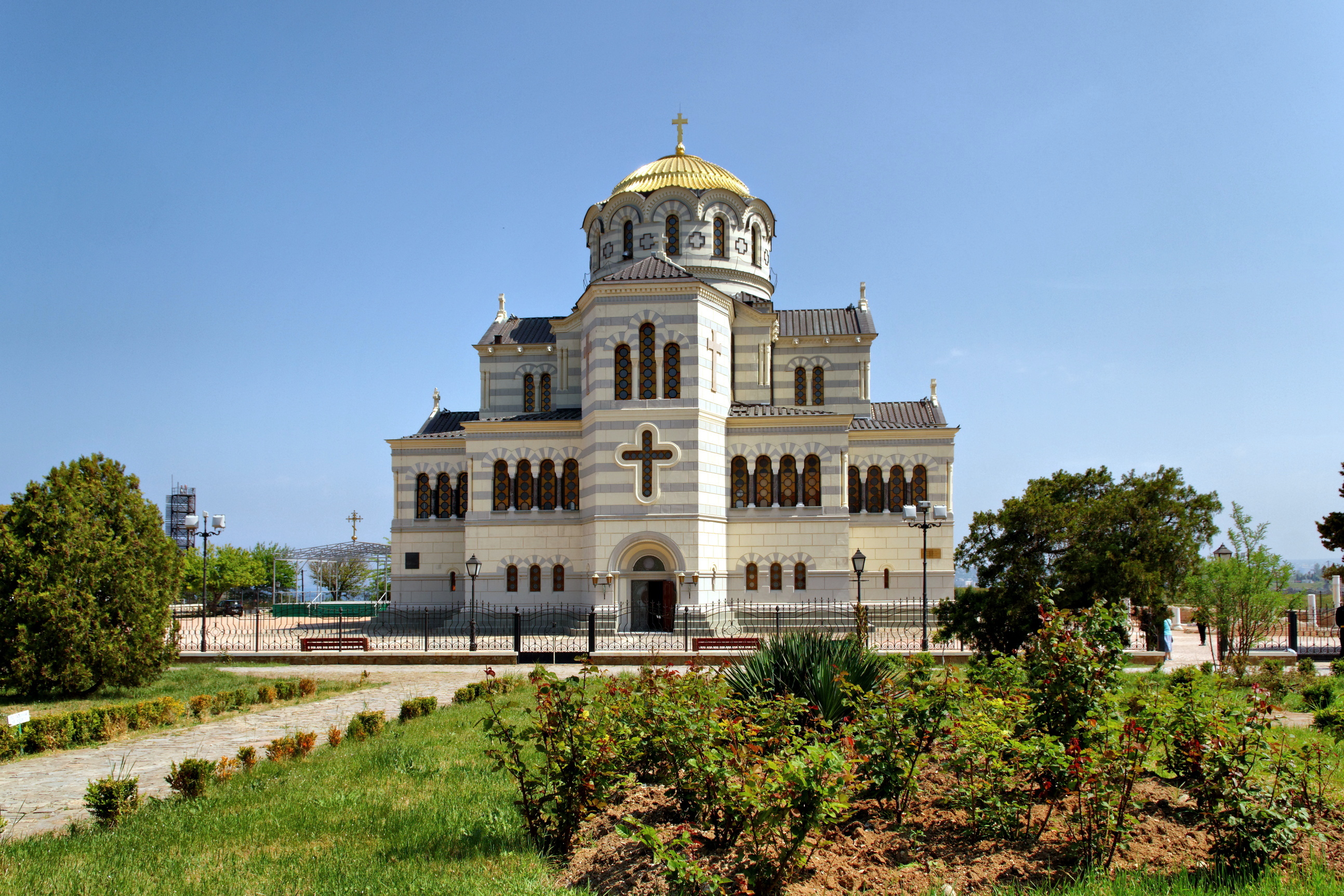 A brief glance back at the history of Ukraine reveals a religiously diverse assortment of leaders. According to myth, the area was settled by pagan Varangians from the north. Then, with the help of two Greek missionaries, the local Slavs were converted to Christianity and Christian princes reigned until the Mongols conquered the territory in the thirteenth century. Eventually, the Orthodox Russian Empire emancipated Kiev, but the following centuries would bring Catholic Polish dominion, a return of Orthodox tsarist rule, further Catholic control at the hands of the Austro-Hungarians, and in the twentieth century the warring atheistic Soviets and Nazis. Post-Soviet leadership has been largely Orthodox, until today’s interim president, who is, among other things, a Baptist preacher.

To say that Ukraine has historically negotiated multiple religious and cultural identities is an understatement. 2014 finds the country—and here I include Crimea in spite of recent events—with a much-studied arsenal of religious and cultural identities: Ukrainian, Russian, Crimean, European, Orthodox, Catholic, non-religious, Muslim, Tatar. None of these categories are entirely exclusive and the people of Ukraine have shown that they can, at times, more fluidly navigate these categories than the institutions that aim to serve them. This is particularly clear in the case of religious identity and ecclesial jurisdiction.

The majority of Ukrainians identify themselves as Orthodox Christians; however, in a country with one canonical Orthodox church and two more Orthodox churches unrecognized by the greater Orthodox community, it can be difficult to ascertain exactly what type of Orthodoxy is being practiced. Surveys disagree and the various Orthodox churches—one under Moscow and two claiming independence—all offer rather differing numbers in terms of their Sunday attendance. One likely reason is that real people themselves don’t often make much of jurisdictional differences that result in no functional differences in style of worship or the daily life of the faithful. But, as with Crimeans who have historically identified more with Russia and Crimea than with Ukraine, when political power demands that lines be drawn in the sand, seemingly symbolic differences suddenly matter.

Ukraine is unique because its main Christian confessions represent contested historical, linguistic, and religious claims. In the most simple of terms, Ukraine is historically Orthodox in the East and Catholic in the far West, around Lviv. At first glance, then, it seems as though the religious dimensions of Ukraine’s complicated self-identity may comfortably map onto simplistic binaries of Russian language vs. Ukrainian language, Putin vs. the European Union/NATO, or even the medieval schism between Rome and Byzantium. In reality, national and religious identity and authority are far more complicated and, more often than not, a problem of top-down politics and attempts by church leaders to increase the autonomy of their own offices. Moreover, the painful history of religion in Ukraine—where all faithful, but particularly the Muslim Tatars and the Catholics, were violently oppressed under Joseph Stalin—makes religious affiliation a marker of historical memory as well as of faith.

With no intention of diminishing the theological importance of ecclesial authority, one might say that the three Orthodox churches stem from disputes over leadership and autonomy rather than differences in theology or liturgical practice. And in the case of all four churches, authority and ethnic identity play roles as important as theological doctrine or liturgical tradition. In the case of the current Baptist interim president, we see the rise of religious traditions exported from America into Ukraine’s public sphere; indeed, Ukraine has been host to rapidly growing Protestant movements, particularly Evangelical and Baptist.

The Ukrainian Greek Catholic Church, like all three of the Orthodox Churches, traces itself back to the beginnings of Christianity in Kiev, but functionally began in the late sixteenth century with the Union of Brest, when the Polish-Lithuanian Commonwealth forcibly converted its Orthodox subjects to Catholicism, but allowed them to continue to use the Byzantine rite and to retain Eastern customs, such as married priests. Indeed, the head of the Catholic church in Ukraine is popularly referred to as “patriarch”—patriarch being the highest rank within the Orthodox Church and a misnomer in multiple senses in this case, as the Ukrainian Greek Catholic Church has not been designated a patriarchate by Rome and Rome has, instead, given its leader the unique title of “major archbishop.” The unorthodox use of patriarch, highly significant in Orthodoxy as a marker of hierarchy, underscores the Greek Catholic Church’s appropriation of Orthodox symbols in its culturally hybrid environment. While its followers form only 6 to 7 percent of the population, the Ukrainian Greek Catholic Church is well known for its vocal pro-Western position in politics and was disproportionately represented in the recent protests (by some estimates, 25 percent of the Euromaidan protestors identified as Catholic). Centered in the western city of Lviv, the Ukrainian Greek Catholic Church and its major archbishop have vehemently protested Russian involvement in Ukraine, and have advocated a Ukrainian-speaking Ukraine aspiring for European integration. The Catholics have warm relations with the UOC-KP, and both the major archbishop of the Catholics and the patriarch of the Kiev Patriarchate have sought support from America and Europe—ranging from Brussels to the Heritage Foundation—in their campaign against any form of intervention from Moscow, be it ecclesiastic or military.

Since Crimea’s announcement to hold a referendum, Patriarch Filaret and Major Archbishop Sviatoslav have been urging for Russian troops to pull out of Crimea and for the priests of the Moscow Patriarchate to use their influence to defend the territorial integrity of Ukraine. Filaret has expressed fears that the Kiev Patriarchate churches may be transferred to (that is, seized by) the Moscow Patriarchate. Sviatoslav has warned of threats of violence against Catholic clergy, a reasonable fear considering that Orthodox clergy and property were likewise targeted in different areas of Ukraine during the Maidan protests. Last Sunday, the day of the Crimea referendum, Patriarch Kirill of Moscow gave a speech that did little to assuage their fears: while demanding an end to violence, he emphasized that the Ukrainians were brothers, and that Russia and Ukraine were part of “Holy Rus,” the medieval Slavic kingdom that began in the tenth century. This language of Rus and brotherhood only stoked fears that Moscow saw Crimea—if not all of Ukraine—as its own, and despite Kirill invoking Rus, his detractors were reminded of the Soviet Union and its imperial legacy.

However, on Wednesday, March 19, the Moscow Patriarchate announced that the churches of Crimea would remain under Ukrainian leadership. This came as a surprise to nearly everyone. In effect, the Holy Synod (the leadership body of the Moscow Patriarchate) has doubled down on its promise of treating the Ukrainian church under its jurisdiction as a sister and not as offspring. In fact, Crimea’s political but not ecclesial redefinition has allowed the Moscow Patriarchate to trumpet the Orthodox Church as a dynamic and global communion, rising above petty political squabbles, much as it did during the 2008 war between Russia and Georgia. Citing the example of Montenegro, which is now a sovereign nation, but whose churches are part of the Serbian Orthodox Church, the Synod said that (translation my own): “the borders of the local Orthodox churches quite often do not coincide with the borders of the state and they do not change under the influence of political pressures.” This was hardly the case in the wake of the catastrophic events surrounding the creation and destruction of the U.S.S.R—one might read the Synod’s address as a smart and lasting strategy for attempting to maintain its religious unity (and thereby authority) without appearing to be in Putin’s shadow.

While quiet may be falling over Crimea and Kiev’s Maidan, one ought to bear in mind that religious differences, real or perceived, were never the catalyst for the protests and referendum of the last months. Studies from Ukraine and the United States resoundingly confirm that the people of Ukraine are most concerned about their economic lives—employment, inflation, healthcare—and are most angry about political corruption, cronyism and the oppression of protesters. If churches—Orthodox, Catholic, Baptist or other—want to show their support for the well-being and self-determination of the Ukrainian people, they would be best off using their social, cultural, and political leverage to ensure better lives and better governance for their congregations.

Brittany Pheiffer Noble is a graduate student in the Slavic department of Columbia University. Her research interests include literary and aesthetic theory, early 20th century cultural history, the Republic of Georgia and Eastern Orthodox theology and history.