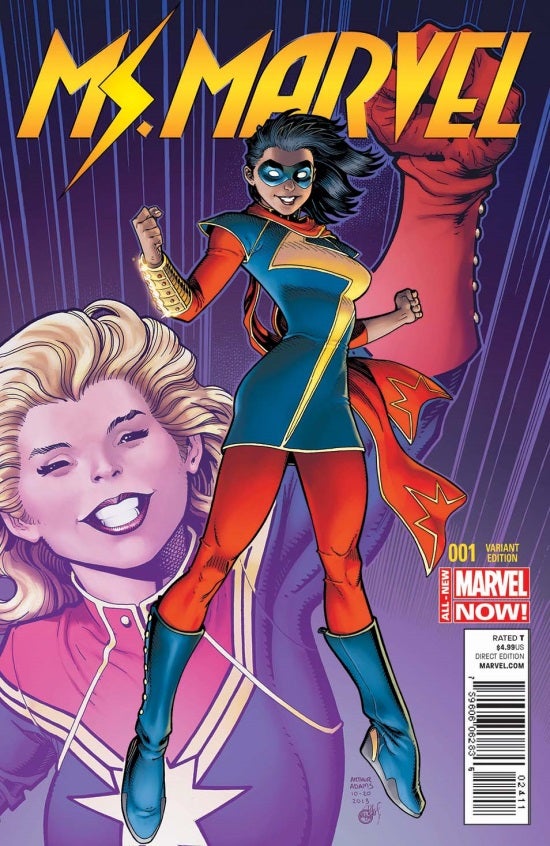 The introduction of Kamala Khan is the latest in the longstanding tradition of comic books diversifying their characters to better reflect and reach out to their audiences. More specifically, Ms. Marvel #1 is part of the All-New Marvel NOW!, an initiative with the explicit aim of attracting new readers, much like DC Comics’ The New 52 revamp.

The last few years have seen several other notable attempts at creating a more diverse comic universe, from the creation of the Jewish and lesbian Kate Kane (as Batwoman) and the Black and Hispanic Miles Morales (as Spider-Man), to the same-sex wedding of X-Men member Northstar.

Of course, these efforts were not received entirely without controversy. Some saw them as mere publicity stunts, while others decried the minority aspect as feeling forced and tokenish.

Kamala’s creators, then, faced a difficult task. She needed to be shaped by her Muslim background, but not an embodiment of all that is Islam. She needed to be more than a one-dimensional stereotype, but not completely free of cultural specificity.

Fortunately, writer G. Willow Wilson, editor Sana Amanat, and artist Adrian Alphona have created a superheroine who stands well on her own.